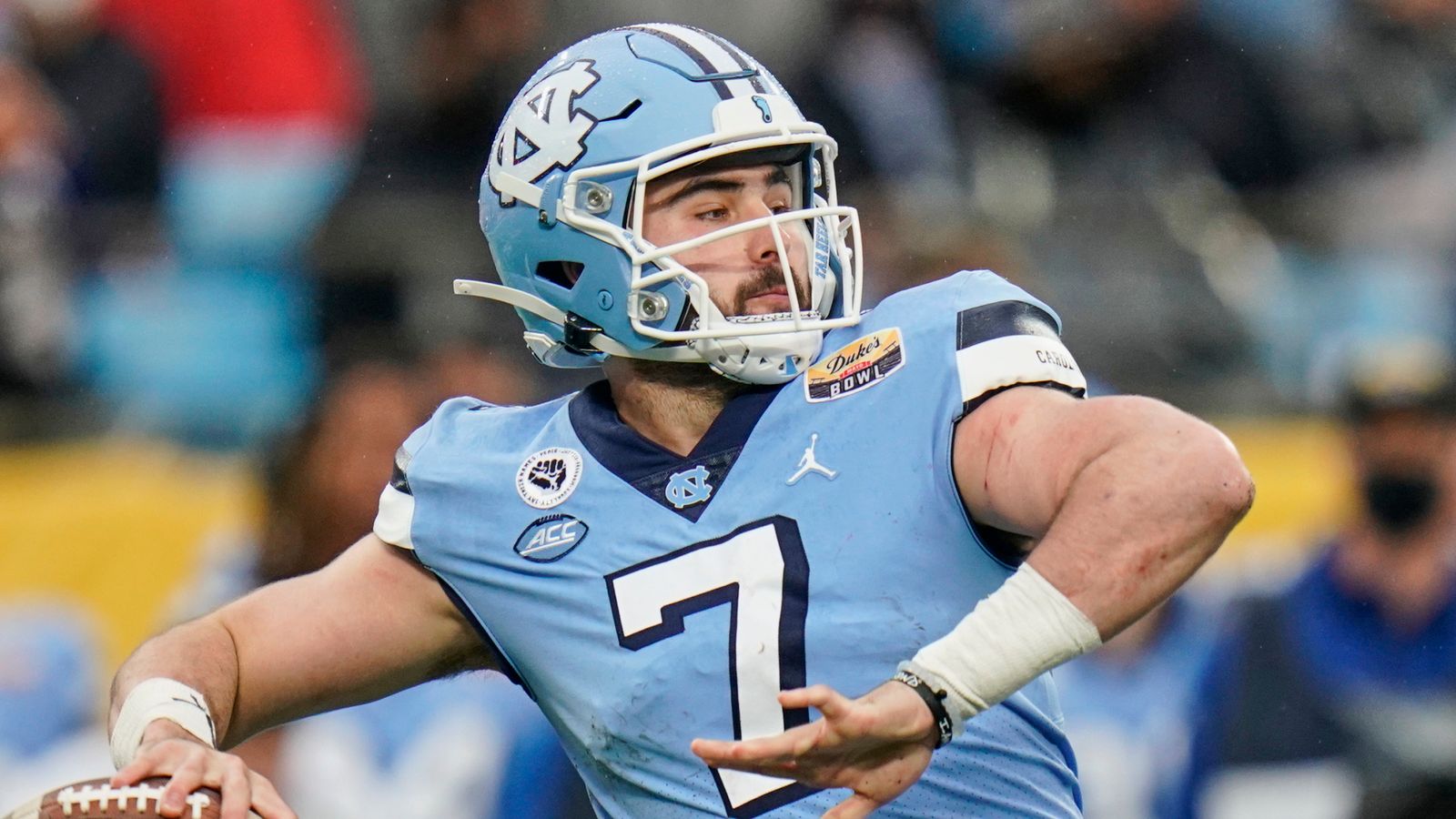 Recapping the big stories from day three of the 2022 NFL Draft as HBCU prospects Joshua Williams, Decobie Durant and James Houston were picked up, while ‘Punt God’ Matt Araiza landed with the Buffalo Bills

The Washington Commanders added quarterback competition in the form of Sam Howell while Cade York became the highest kicker drafted since 2016 and running backs flew off the board in their numbers on day three of the 2022 NFL Draft.

Howell was taken with the opening pick of the fifth round in what capped a dramatic decline of the North Carolina play-caller’s draft stock having entered the 2021 campaign considered not only a frontrunner in the quarterback class but a potential top 10 pick.

In the end he marked the sixth quarterback off the board after the New England Patriots, already led by 2021 first-round pick Mac Jones, strengthened their depth with Western Kentucky’s Bailey Zappe at 137th overall late in the fourth.

It does, however, mark a welcome reunion for Howell with former college wide receiver Dyami Brown, the pair having flourished together during the 2020 season.

Former New York Jets center, Nick Mangold announced their round four draft pick from the 72nd floor of The Shard in London

Former New York Jets center, Nick Mangold announced their round four draft pick from the 72nd floor of The Shard in London

The NFL’s international expansion was underlined early in the day as the Tampa Bay Buccaneers announced their pick of Washington tight end Cade Otton from Munich’s Allianz Arena, where they are due to play the first regular-season game in Germany later this year.

The Houston Texans and Pittsburgh Steelers both announced their respective picks of running back Dameon Pierce and wide receiver Calvin Austin III in Mexico, and former Chelsea defender Filipe Luis, now of Flamengo, represented the Miami Dolphins from in front of the Christ the Redeemer statue in Brazil as they picked up wide receiver Erik Ezukanma.

Another UK fan announced the Jacksonville Jaguars’ pick of running back Snoop Conner at 154th overall from Wembley Stadium, and UK Minnesota Vikings supporter Adam took to the Las Vegas stage to read out Minnesota defensive end Vederian Lowe as the 165th pick of the Draft.

With the 124th pick in the fourth round, the Cleveland Browns made LSU kicker Cade York the earliest kicker drafted since Roberto Aguayo in 2016 and the first kicker drafted in Tigers history.

In something of a surprise, the first punter off the board was not San Diego State’s Matt Araiza, dubbed the ‘Punt God’, but instead Penn State’s Jordan Stout to the Baltimore Ravens at 130.

Georgia punter Jake Camarda followed shortly after to the Bucs at 133 having notably recorded a 4.56 40-yard dash at the Scouting Combine, beating 18 wide receivers and running backs.

Araiza eventually landed with the Buffalo Bills as the 180th pick after he set an NCAA record with a 51.2-yard average on his punts last season.

After Pierce to the Texans, the Las Vegas Raiders were next to target a running back as they claimed Georgia’s Zamir White with the 122nd pick, before Texas A & M’s Isaiah Spiller fell to the Los Angeles Chargers at 123. 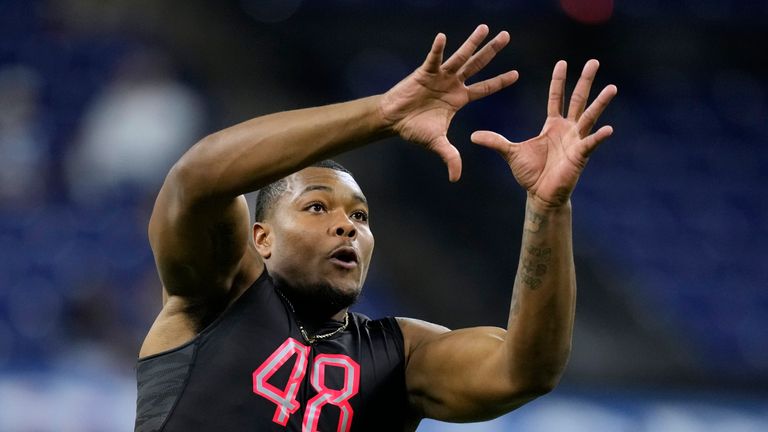 A year on from drafting Travis Etienne in the first round, the Jaguars went back to their ground game by drafting Ole Miss’ tough-running Conner, and the Cleveland Browns bolstered an already-fierce run game with Cincinnati’s Jerome Ford.

Missouri’s highly-regarded dual-threat Tyler Badie, who led the SEC in all-purpose yards in 2021, found himself in steal territory, with the Ravens pouncing on him at 196th overall in the sixth round.

In one of the moments of the night, cornerback Gregory Junior became the first player in Division II Ouachita Baptist history to be selected at the NFL Draft as the Jaguars secured his services with the 197th pick.

Three picks later the Patriots put their faith in defensive lineman Sam Roberts, who became the first prospect from Division II Northwest Missouri State to be drafted since 2014.

Earlier on Fayetteville State cornerback Joshua Williams was the first HBCU product to be drafted, heading to the Kansas City Chiefs in the fourth round a year after not a single HBCU player was called over seven rounds.

Man mountain offensive tackle Daniel Faalele had entered as one of the most notable names available on day three, and did not stick around long as he went to the Ravens with the fifth pick of round four.

A day on from trading up for North Dakota State wideout Christian Watson, the Green Bay Packers addressed their pass-catching options once again with fourth-round Nevada receiver Romeo Doubs.