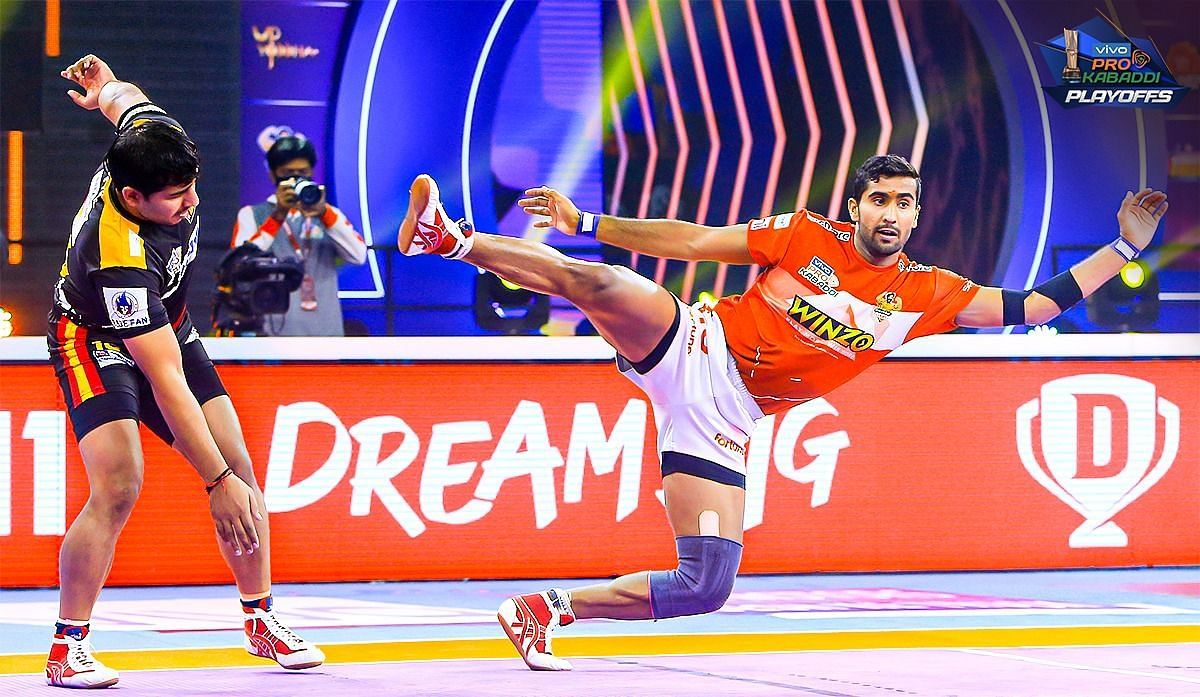 Two-time runner-up Gujarat Giants crashed out of the Pro Kabaddi League 2022 with a defeat against Bengaluru Bulls in the Eliminator match. The Giants started the tournament slowly, but picked up momentum as the season progressed and finished fourth in the standings.

Many expected the team to win their maiden PKL crown this year, but their season ended before the semifinals. However, the Manpreet Singh-coached franchise will be slightly happy with their final position considering how they performed in the first half of Pro Kabaddi 2022.

Despite Sonu’s absence, the Giants managed to give most opposition teams a run for their money. The team management will now look forward to the ninth edition of PKL, and here are three names the franchise may look to retain from the current squad.

Rakesh HS was the find of the season for the Gujarat Giants. On paper, the Giants’ raid attack looked very inexperienced compared to other sides. However, Rakesh impressed the kabaddi universe in his debut season and ended the tournament as the best raider from the Giants squad.

The rising star is among the top 15 players on the Most Raid Points list. Rakesh played 22 matches for the Gujarat Giants this season, scoring 140 points at a raid strike rate of 47%. He outsmarted multiple opposition defenders and registered five Super 10s in the Pro Kabaddi League 2022.

He also executed four super raids and turned the momentum into the Gujarat Giants’ favor on multiple occasions. Gujarat should not make the mistake of releasing Rakesh ahead of PKL 9.

Parvesh Bhainswal was the most successful defender from the Gujarat Giants team in Pro Kabaddi 2022. The former Jaipur Pink Panthers star stole the show with 56 tackle points in 23 matches.

Bhainswal has been a cornerstone of the Giants franchise since their debut in the Pro Kabaddi League. He has earned 245 tackle points for the Giants in the last four seasons. It would not come as a surprise if the team management offered him another contract for the ninth PKL season.

Gujarat Giants captain Sunil Kumar did not have his best season as a defender, but he scored tackle points for the team at crucial moments. He ended the Pro Kabaddi League 2022 with 39 points to his name from 23 matches.

Like Parvesh Bhainswal, Kumar has been the face of the Gujarat Giants since their debut in the league. Both players have a lot of experience playing together as cover defenders. Given that Gujarat finished within the top four of the points table, the team management should consider retaining Kumar as their captain for next season.

Corner defenders Ravinder Pahal and Girish Ernak could also be retained depending on their fitness. However, coach Manpreet Singh and the rest of the team management will have to ensure that they have a more reliable raiding unit ahead of PKL 9.