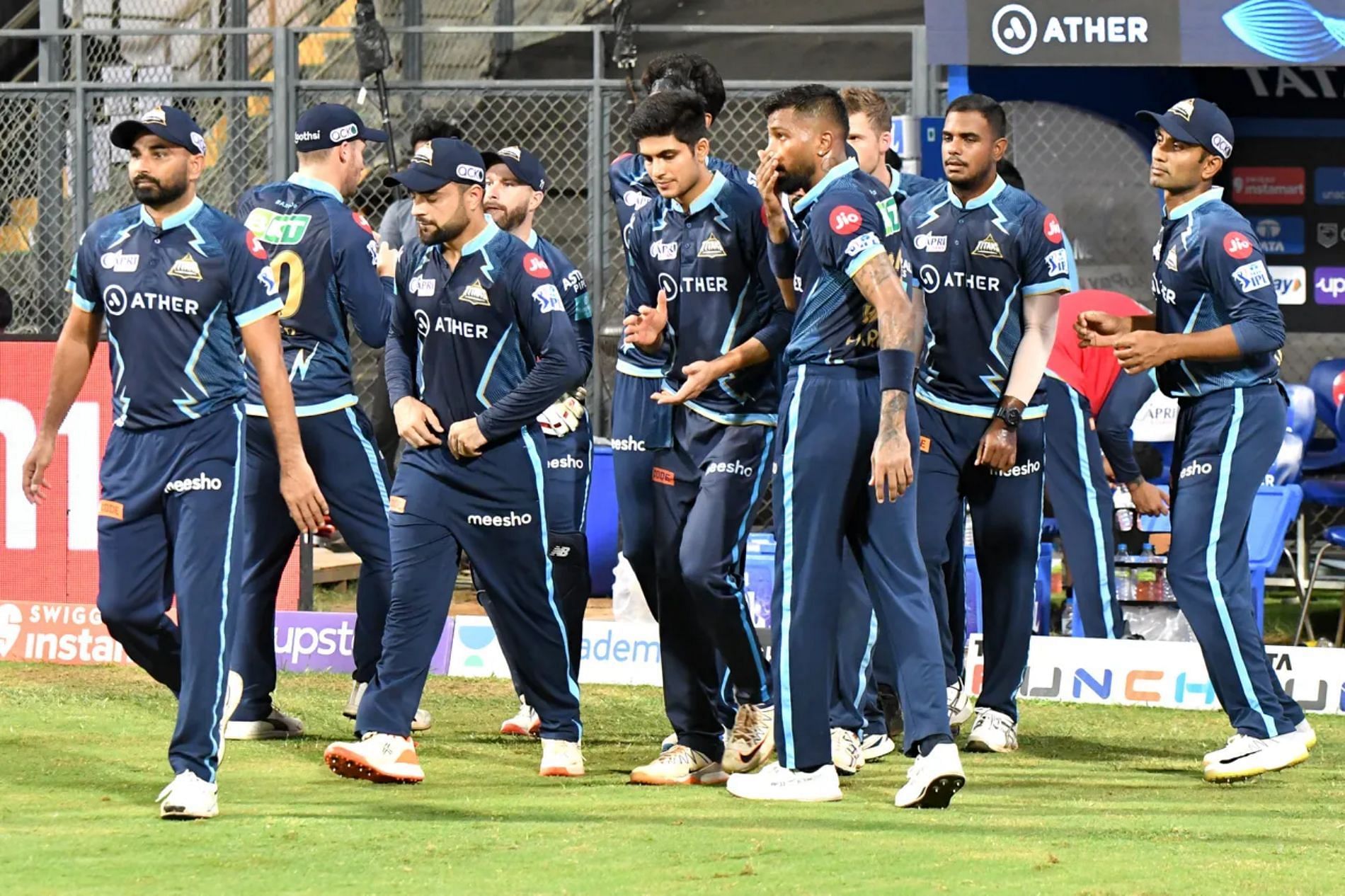 Looking at the Gujarat Titans (GT) squad ahead of the Indian Premier League (IPL) 2022 season, not many cricket pundits gave them a chance to finish in the top-four after the league stage. The Hardik Pandya-led squad, however, has exceeded expectations in their debut season. They ended the league stage as table-toppers, winning 10 of their 14 games.

While Pandya has been impressive with the bat, scoring 413 runs at a strike of 131.52, with four half-centuries, opener Shubman Gill has also notched up 403 at a strike rate of 133.88. He too has four fifties to his credit. With the ball, both Mohammed Shami and Rashid Khan have claimed 18 wickets each in 14 matches.

3 factors that may stop GT from winning IPL 2022 crown

Gujarat will take on second-placed Rajasthan Royals (RR) in Qualifier 1 of IPL 2022 at the Eden Gardens in Kolkata on Tuesday, May 24.

While they will be confident of doing well in the playoffs, we look at three reasons why GT might not win the IPL trophy in their maiden attempt

Undoubtedly, Gujarat have been one of the strongest sides in the competition, but they are not invincible. Their discomfort while batting first has been exposed more than once in the league stage. In fact, their first defeat in IPL 2022 came when they were asked to bat first by the SunRisers Hyderabad (SRH). They managed only 162 for 7 and succumbed to an eight-wicket loss.

In another game against the Punjab Kings (PBKS), they decided to bat first after winning the toss. The move backfired as they were held to 143 for 8 and went down by eight wickets again.

Even in their last league match against the Royal Challengers Bangalore (RCB), they suffered another eight-wicket hammering after deciding to bat first. Three massive defeats while batting first does not augur well for the table-toppers.

Great news for all of us here 😁 … Captain Pandya, Shami Bhai and Shubman will be returning to national duty after the #TATAIPL 🙌Wishing our Titans and both the teams continued success 💙#INDvSA #INDvENG https://t.co/L26V4Pag4s

Of course, it is not like the Titans have not won matches after batting first. They beat the Delhi Capitals (DC) by 14 runs, RR by 37 runs and the Kolkata Knight Riders (KKR) by eight runs. But the fact remains that three of their four losses in the league stage came while batting first. Given a chance, RR could look to exploit this Achilles heel in GT’s game.

One of the main reasons why Gujarat have struggled with the bat while batting first is because they have not had a settled No. 3. Vijay Shankar batted at the crucial position in the franchise’s first two games but failed to impress. He was injured after that, which gave Sai Sudharsan an opportunity to make his mark.

The youngster responded with scores of 35 and 11, only to be left out once Shankar was fit. The latter came back and registered another failure against RR, perishing for 2 off 7. Retained for the next game, he scored a duck as GT’s No. 3 woes worsened.

After Shankar was dropped, Gujarat skipper Pandya decided to occupy the one-down slot and, in his first match at the position, scored 67 off 49 against the Kolkata Knight Riders (KKR). A couple of games later, though, Sudharsan was recalled and given the responsibility of batting at No. 3 again. He top-scored with an unbeaten 65 against PBKS in a losing cause.

The musical chairs, though, continued as Pandya returned to No. 3 in the next game. Sudharsan has been out of playing XI for the last three games with Matthew Wade being recalled. The Aussie, though, has only managed scores of 10, 20 and 16. It remains to be seen who bats at the decisive position in Qualifier 1.

Veteran pacer Shami has been excellent for Gujarat with the ball, especially at the start of the innings. He has claimed 18 wickets in 14 matches at an average of 22.88 and an economy rate of 7.77. From KL Rahul to Devon Conway, he has dismissed the in-form openers in the opposition camp a number of times. What he has been lacking though is support from the other end at the start of the innings.

Gujarat began with Varun Aaron, who played the first couple of matches. Kiwi Lockie Ferguson kicked-off IPL 2022 in impressive fashion but has lost his rhythm as the tournament has progressed. He has claimed 12 wickets from as many matches at an economy rate of 9.06. Yash Dayal has done a decent job, with nine wickets in seven games. But his inexperience has come to the fore as he has gone at over nine an over.

GT have Alzarri Joseph as well, who has played eight games and has picked up seven wickets. But he has a settled role in the middle overs and the franchise would not want to disturb his momentum. Pandya has opened the bowling the last couple of games but has not been too effective.