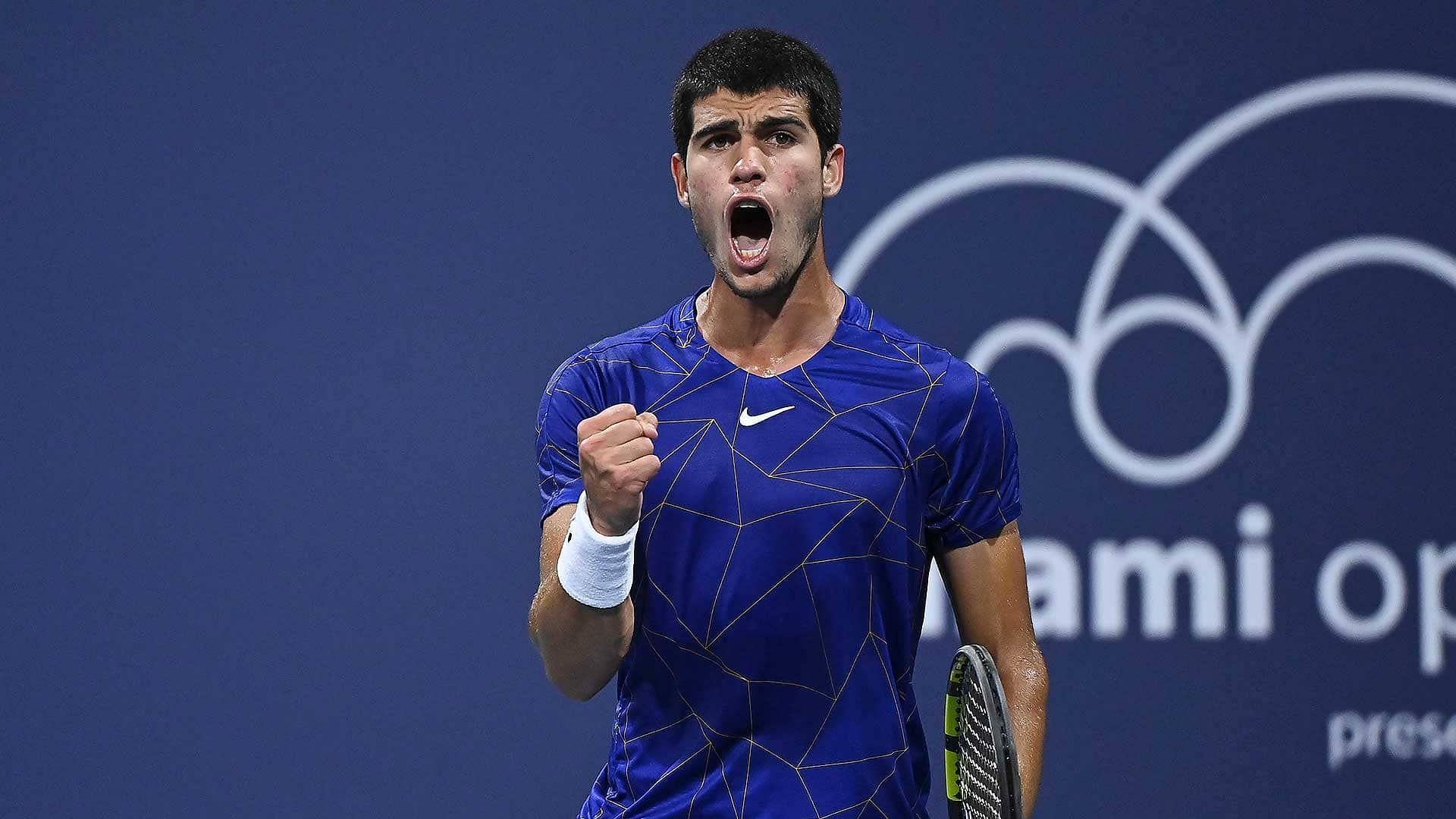 14th seed Carlos Alcaraz of Spain beat third seed Stefanos Tsitsipas of Greece 7-5, 6-3 on Tuesday to advance to the quarterfinals of the Miami Masters. The 18-year-old will take on Miomir Kecmanovic of Serbia in the last eight on Wednesday.

It was the second career win for Alcaraz over Tsitsipas, who is yet to beat the Spaniard. The match lasted an hour and 50 minutes and Alcaraz emerged as the winner.

On that note, let’s take a look at the three factors that stood out in today’s match:

# 1 Stefanos Tsitsipas got an early break but could not capitalize

The 23-year-old got an early break in the fifth game of the first set to lead 3-2. He then held his serve to extend the lead further. However, Alcaraz showed great resolve to break back in the ninth game to make the score 5-4.

Alcaraz put pressure on Tsitsipas by playing his returns deep and hitting fierce groundstrokes off both wings. Tsitsipas tried to drag the Spaniard to the net repeatedly by playing drop shots, but Alcaraz was able to come up with the goods.

Alcaraz also played some wonderful lobs in the first set, including one from between his legs in the third game that was one of the best points in the match.

# 2 Carlos Alcaraz raised his level to win the first set

Alcaraz wrested the initiative back with an explosive brand of tennis and succeeded in winning the last four games of the first set. After having broken Tsitsipas in the ninth game, he held his serve to level the score.

He then broke the Greek once again to lead 6-5 and managed to serve out the first set.

Alcaraz repeatedly engaged in crosscourt backhand exchanges with the Greek before pulling the trigger and hitting down-the-line winners to the open court.

Carlos Alcaraz won his 5th consecutive game by breaking the Greek in the very first game of the second set. He then held his serve to lead 2-0 and take firm control of the contest.

The two players held over the next few games, but Alcaraz again succeeded in breaking his opponent in the ninth game of the second set. The Spaniard, who played his powerful groundstrokes from the baseline throughout the match, also demonstrated some sumptuous drop shots, including one on match point, as the match progressed.

The quality of Tsistpas’ serve deteriorated in the second set, and he ended the match with a first-serve percentage of 59% against Alcaraz’s 69%. Moreover, the Greek could only win 28% of his second-serve points as Carlos Alcaraz kept punishing it with strong returns. Tsitsipas also played some of his forehands wide while attempting to hit ambitious down-the-line winners.