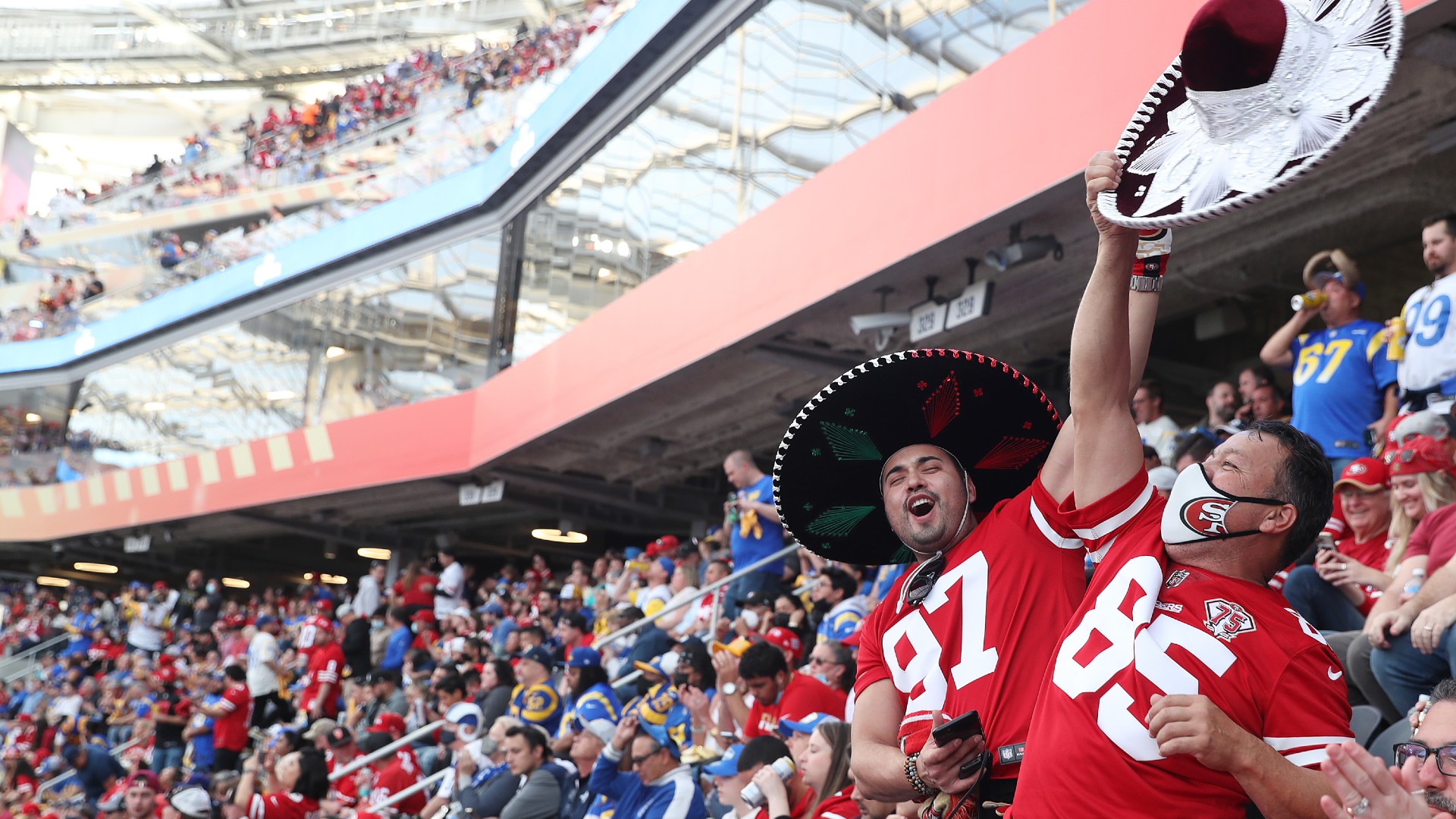 The Rams could have hosted the NFC Championship game at SoFi Stadium on Sunday, but fans made it feel like Levi’s Stadium South.

49ers fans packed into the stands and parking lots of Inglewood, California, ahead of their team’s match against NFC West rival 550 miles south.

Vivid Seats predicted prior to the match that attendance would be 65 percent San Francisco fans and 35 percent Los Angeles fans.

The takeover started well before the match. ABC News Bay Area’s JR Stone reported on Saturday that the area around the stadium was already filled with 49ers’ fans.

The parking lots outside the stadium, which cost a nice penny for admission, were also filled with red-and-gold-clad fans standing behind the match, as 49ers Rush podcast host John Chapman showed.

And that was all before fans started entering the stadium. Athletics Matt Barrows posted video over an hour before the kickoff of SoFi that looked filled with more red than blue. It did not change much as it got closer to kickoff, according to The Athletics David Lombardi.

There were also chants from the stands to “beat LA”, not exactly what the Rams players hope to hear at their home stadium.

And just listen to the crowd noise as Jimmy Garoppolo hit George Kittle with a touchdown pass to bring San Francisco up 17-7.

MORE: Why did Jalen Ramsey and Robbie Gould quarrel?

The Rams took a lot of steps to try to prevent the game from becoming like the regular season finale, which was a packed house on SoFi – for San Francisco fans. The team changed its ticketing policy to prevent anyone outside the Los Angeles region from being able to purchase tickets, based on the credit card billing address.

But San Francisco fans clearly took advantage of the resale market to pack in the stands and make their team feel at home again.

Eventually, all of these Niner Faithful members left the stadium disappointed as the Rams rallied to a 20-17 victory and a home game in Super Bowl 56, which will be played on SoFi. Garoppolo threw an interception with less than two minutes left to seal the loss.