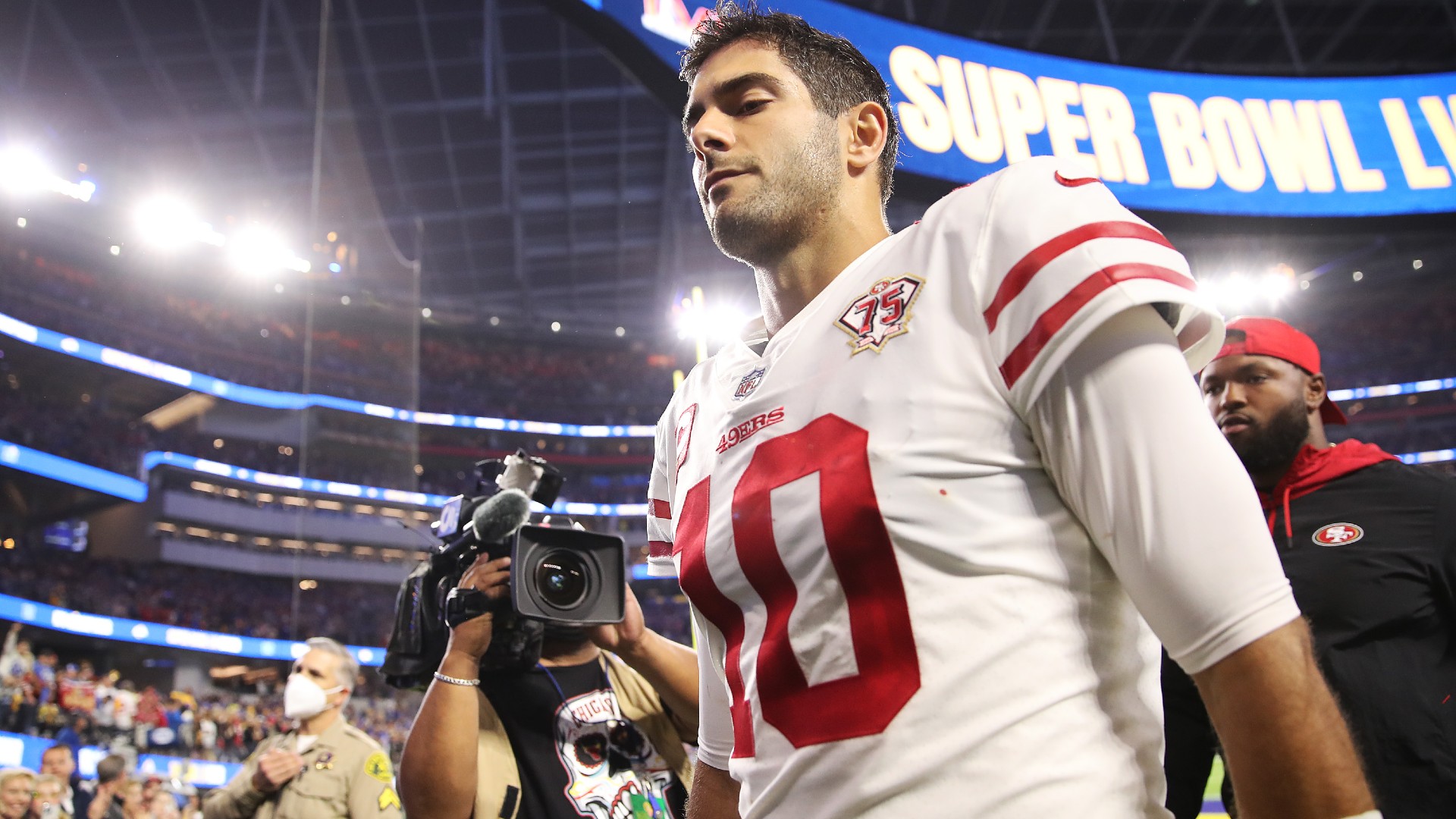 San Francisco fans have probably seen the last of Jimmy Garoppolo under center for the 49ers.

Garoppolo has been the subject of trade rumors since the 49ers took Trey Lance third overall in the 2021 NFL Draft after trading up to reach the former North Dakota State quarterback. And while he led San Francisco to the NFC championship came, his numbers throughout the season and in the postseason were not eye-popping in a league dominated by star quarterbacks.

After the game, Garoppolo said the emotions hit him pretty hard in the locker room.

“I think these next couple days, they’ll really start to settle in a little bit, you know, emotions are high after a game, win or loss, and it’s just one of those things, you got to be glad it happened, “Garoppolo said. “Just smile from it and think of all the good things. We’ll see what happens in these next couple days, weeks, whatever, but I love this team. Just the fight and the battle in this team throughout the entire year has been really impressive. And I love those guys. “

49ers coach Kyle Shanahan refused to speculate on the future of his team’s quarterback, complimenting the quarterback.

“I love Jimmy. I’m not gonna sit here and make a farewell statement or anything right now. That’s the last stuff on my mind,” Shanahan said. “But Jimmy has battled his a— off. He battled today. He did some unbelievable things today and I love coaching Jimmy.”

Garoppolo arrived in San Francisco midway through the 2017 season and took over as the starter in Week 13, going 5-0 in his starts and completing 67.4 percent of his passes for 1,560 yards with seven touchdowns and five interceptions. He missed most of 2018 with a torn ACL before returning in 2019 to go 13-3, leading the 49ers to the Super Bowl behind a campaign in which he completed 69.1 percent of his passes with 27 touchdowns, 13 interceptions and 3,978 yards.

He again missed most of 2020 due to injuries, appearing in just six games, but returned as the starter in 2021 despite the selection of Lance. He threw 20 touchdowns and 13 interceptions with 3,810 passing yards.

The 49ers won against both the Cowboys and Packers, but in those games, he completed just 17 of 44 passes for 303 yards with no touchdowns and a pair of interceptions. He went 16-for-30 with 232 passing yards, two touchdowns and an interception against the Rams, with the latter being the game-sealing play for Los Angeles.

After the loss, 49ers general manager John Lynch gave all the players quick handshakes with the exception of Garoppolo, who he hugged, according to ESPN’s Jeff Darlington.

John Lynch is greeting every 49ers player and coach as they enter a solemn locker room. Quick, letter handshakes. Except for one. pic.twitter.com/JcvD376cLe

Several of Garoppolo’s teammates spoke up on the QB’s uncertain future after the game as well, with tight end George Kittle saying that it is “not fun to think about” and offensive tackle Trent Williams praising Garoppolo for how he handled the season.

“I think he handled the season amazingly. Noboby wants to be in the position he was put in, but you know you can tell man Jimmy is a class act,” 49ers offensive tackle Trent Williams said. “He handled himself professionally every day. I’m proud of him. He’s a brother for life.”