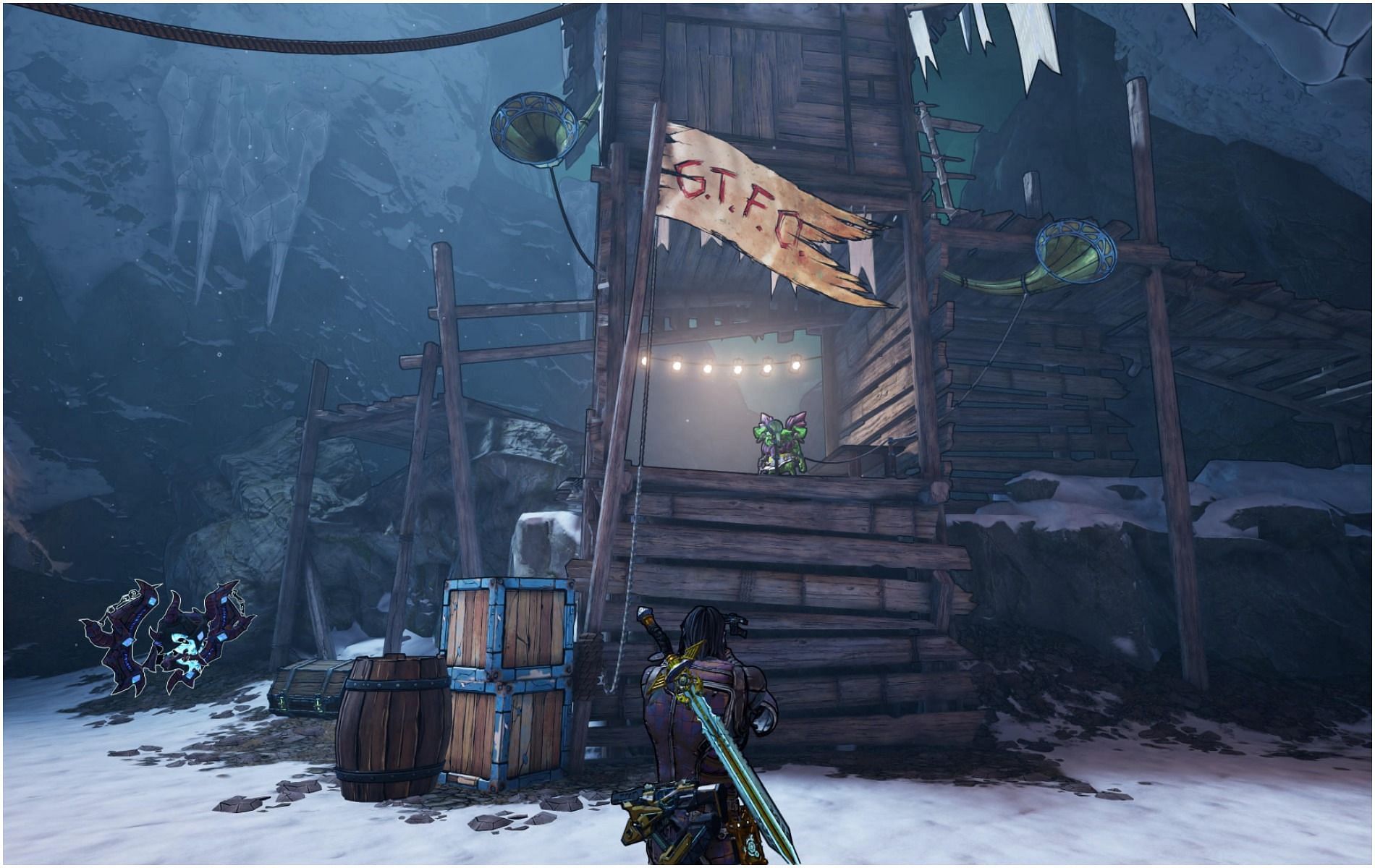 There are some truly amazing moments in Tiny Tina’s Wonderlands, and many of them aren’t even in the main story. This comes in the form of side quests scattered across every part of the game.

This list is subjective as always, but these are the most entertaining side quests for the writer, which may vary from player to player. There are great cameos, ridiculous moments, and fantastic twists from these quests. 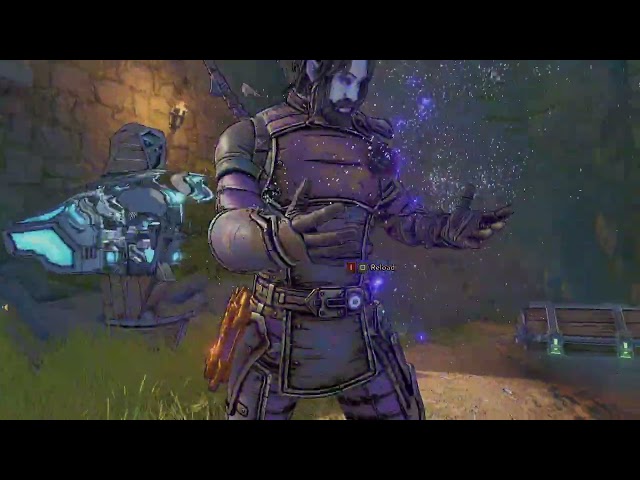 Side Quests in Tiny Tina’s Wonderlands aren’t required, but some are amazing

Tiny Tina’s Wonderlands has great content all around, but the side quests feature some of the best stuff in the entire game. Some of these quests are incredibly long and ultimately lead to quest chains, or new side quests, like “Goblins Tired of Forced Oppression.” They can also lead to rare items, achievements, and more.

It’s incredibly difficult to narrow it down to just five quests in the game, but these are all worth investing time into for the moments they create, but rewards of gold, XP, and items also help, that’s for sure. 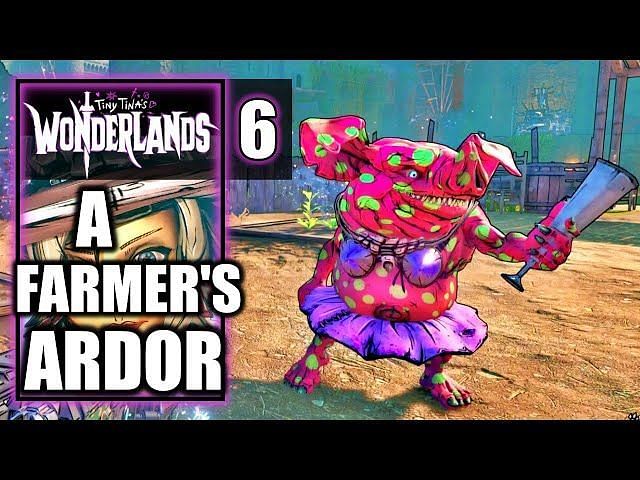 Queen’s Gate is home to an Alchemist named Nora in Tiny Tina’s Wonderlands, and the player is originally tasked with demolishing the goblins harassing her garden. Completing this quest has the player gather some goblin teeth and earn the ire of a local woman named Flora. It turns out she put those goblins there to show her affection for the Alchemist!

The Alchemist makes reference to needing to see a polka-dotted poet goblin in order to even consider falling for the other woman. After farming the materials to create this goblin, sure enough, the Alchemist, Alma, falls for Flora.

The twist, though, is that Flora has fallen for her creation, the polka-dotted goblin. It’s such a weird, hilarious quest that shows up pretty early in the game. Alma, who had incredibly high standards and kept looking down on Flora for being poor, gets rejected, all for the sake of a goblin. What a world. 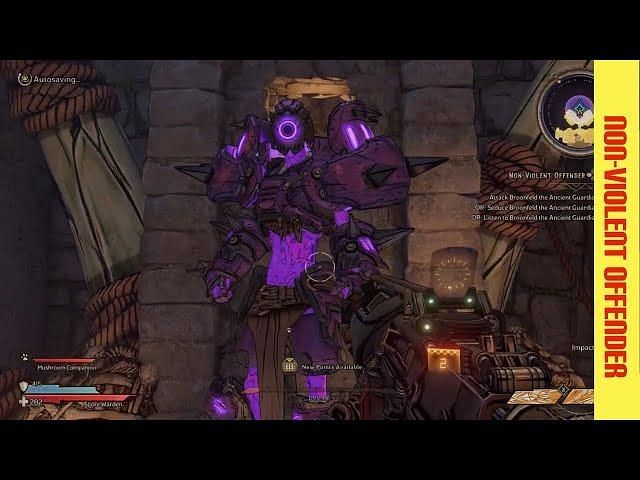 Players of Tiny Tina’s Wonderlands will head into Mount Craw for a series of side quests, and one of these is “Non-Violent Offender.” There’s a mage, Baaldaar the Ghaastly, that is harassing the local goblins. However, the quest giver requires this to be done non-violently. They’ve seen enough violence.

Players can certainly do most of this non-violently. They have to seduce or intimidate Baaldaar the Ghaastly, and neither really seems to work. Then there’s Snacc, the goblin guard, who can be bribed, distracted, or seduced. The writer went with seduction in both cases.

Then it came to the Ancient Guardian, where the player can once again seduce or simply listen to them. After collecting the ancient artifact they were ultimately after, the player returns the artifact to Bench (quest giver) and has the option of killing Snacc or just breaking up with them. It was a hilarious quest filled with love, loss, and awkward break-ups. 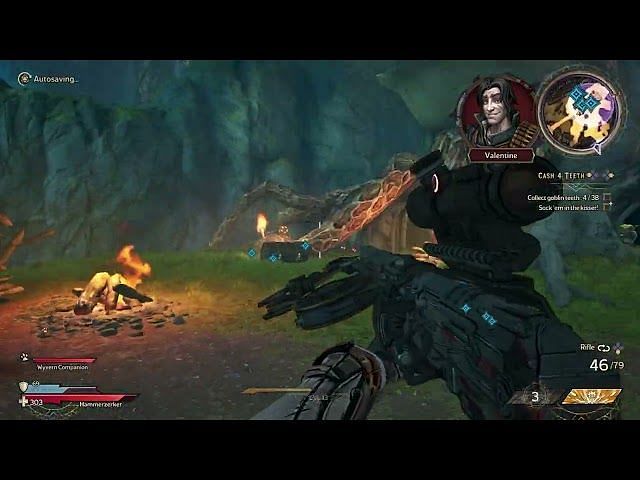 Weepwild Dankness is frankly home to some of the best side quests in the entirety of Tiny Tina’s Wonderlands. The Tooth Fairy requires the player to collect some teeth for them and put them in a box. This leads to several steps where the player collects more and more dangerous teeth.

Then the Bunkers & Badasses players question Tiny Tina, who then wants the player to head to the ocean and collect teeth, but it’s very far out of the way. What makes this such a great quest is that Tiny Tina gets frustrated with the party and essentially punishes them.

They have to fight the Tooth Fairy and Mimic, who has all of the teeth the player collected. 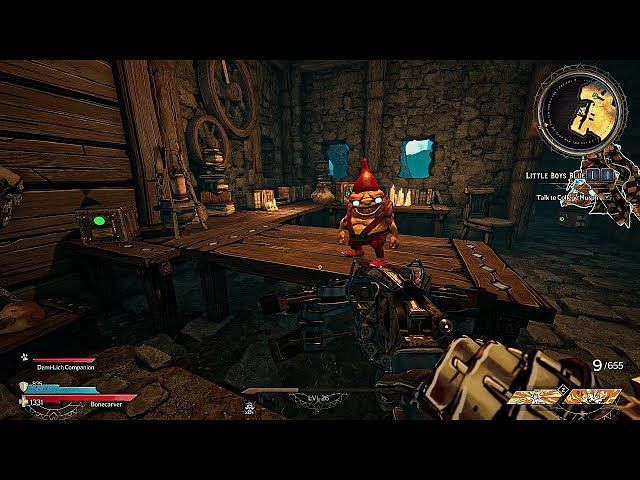 Down in the Grotto of Sorrows, Tiny Tina’s Wonderlands players meet the Murphs. This is not a reference to the classic cartoon “The Smurfs, ”And is completely, legally distinct. The Murphs are being harassed by Garglesnot, who is turning their tribe into feral monsters.

This happens via the dreaded Bluerage virus, which turns Murphs blue and makes them aggressive and violent. Players will fight through the Blue Ones, get to Garglesnot’s cottage, then return to the Murph village after making a magical formula.

The quest has a lot of item gathering, but it culminates in killing Garglesnot’s pet crab Azabelle, defeating the Murphs, some more Blue Ones, and beating up the gross Garglesnot once and for all. It’s really just a great quest because of the creepy twist on the beloved children’s franchise from the 80s. 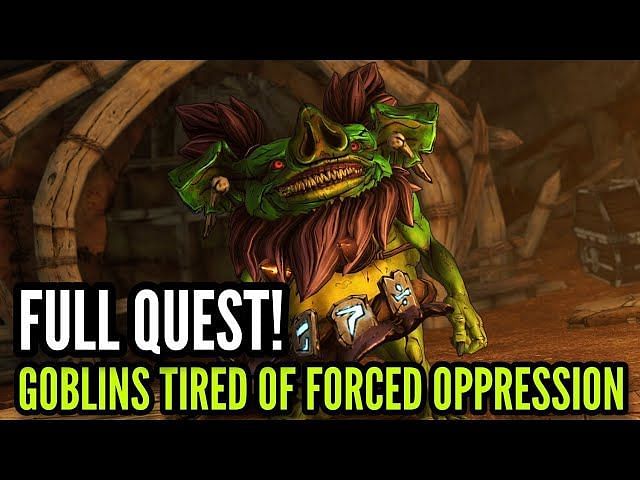 This is hands down my absolute favorite side quest in the entire game. It’s kind of on the long side, but it has a noble goal of freeing some political prisons. The whole point is that the goblins are tired of being forced to work for the dragon god Vorcanar, which is the start of the first major side quest chain in the game.

It leads to a lot of adventures in Mount Craw, and if players spend time with this, they do a lot to help the goblin cause, and even wind up besting Vorcanar with an amazing twist at the end. The goblin faction being named GTFO is also very much part of the Borderlands brand.

GTFO is this writer’s favorite side quest in Tiny Tina’s Wonderlands, without question. It is challenging, enjoyable, and has a great story to boot. It feels good to help the goblins. 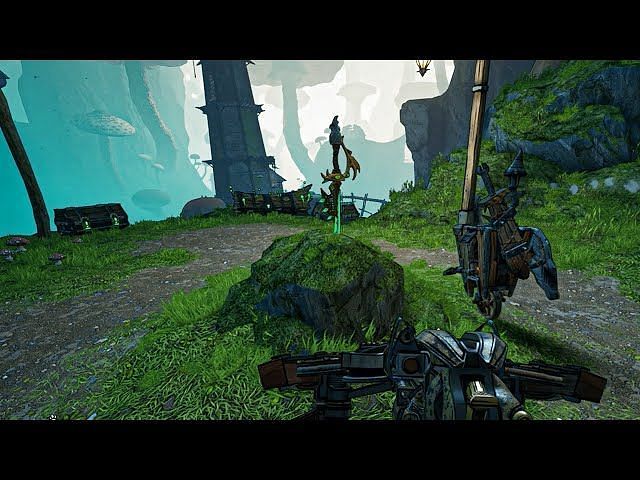 These are only some of the side quests in Tiny Tina’s Wonderlands, and pretty much all of them are worth doing, whether in a first playthrough or after hitting max level to get potentially better item-level rewards.