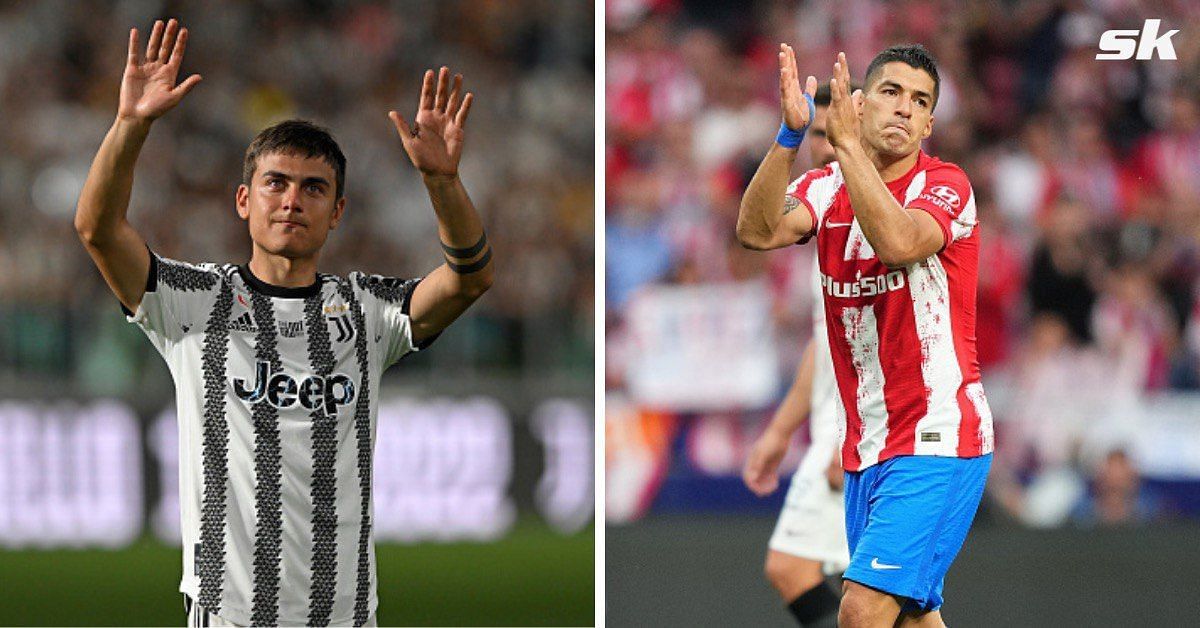 Ligue 1 giants Paris Saint-Germain are fighting tooth and nail to extend the contract of would-be free agent Kylian Mbappe (via B / R Football). The most decorated young forward in the world is 11 out of contract in June and is yet to agree fresh terms with PSG. Spanish champions Real Madrid are favorites to secure his services, but Mbappe is yet to convey his final decision to the two clubs.

The Mbappe saga is set to go down to the wire, without giving us a clue on whether he will stay in Paris or leave. Today, however, we will not be discussing cases that hang in the balance. Today’s talk is about footballers who are certain to leave their old clubs at the end of the 2021-22 campaign.

Now, without further ado, let us check out five superstars who will most definitely walk out as free agents when the season concludes:

After 17 long years of sweat and blood; defeats and victories; and honor and glory, Giorgio Chiellini has decided to leave Juventus. The 2020 Euro winner took part in Juventus’ final league home game of the season on Monday (May 16) and received a heartwarming and emotional farewell.

Chiellini moved to Juventus from Fiorentina in the summer of 2005. Since the controversial switch, the Italian has served the Bianconeri badge with all his might, playing a whopping 560 matches and winning 20 trophies. The 37-year-old is not exactly known for his goals, but has scored 36 times in his favorite Juve shirt.

After 17 seasons at the club, Giorgio Chiellini is taken off in the 17th minute in his final home game for Juventus

After 17 seasons at the club, Giorgio Chiellini is taken off in the 17th minute in his final home game for Juventus 👋 https://t.co/bCGXrJjPdC

According to TuttoJuve (via JuveFC), the Major League Soccer franchise Los Angeles FC “are close to reaching an agreement” with the player.

Chiellini, who has also retired from international football, supposedly wishes to enjoy playing in the States before hanging up his boots.

One of the best strikers of this generation, Luis Suarez will be out of contract in the summer of 2022. The Atletico Madrid man was in tears following the last home match of Los Rojiblancos’ season on Sunday evening (May 15).

The striker started the game but was taken off in the 65th minute. He then came on after the end of the match to collect his fair share of applause.

Uis Luis Suarez won almost everything with Barcelona and was told on the phone he’ll no longer be a Barcelona player♚ He just received a standing ovation from Atletico Madrid fans with a banner that says “Thank you Lucho for making us champion” 💙💔 https://t.co/hgra6E4e9M

Suarez joined Atletico from Barcelona in the summer of 2020. The Uruguayan found himself in inspired form in his debut season, scoring 21 times in La Liga to fire Atletico Madrid to the Spanish championship.

His form has taken a nosedive this season, with the forward only scoring 11 times this term. However, Los Rojiblancos fans only focused on the good and gave him a farewell he’ll cherish for a long time.

As per Fabrizio Romano, Suarez is not considering a move to the MLS yet. He wishes to ply his trade for a European team in the 2021-22 season before moving to a less competitive league.

Alongside Chiellini, Paulo Dybala, who has long served as Juventus’ poster-boy, played his last game for the club at the Allianz Stadium on Monday (16 May).

The Argentine forward started the match and was on until the 78th minute. He was wildly applauded while being substituted off and was then reduced to tears with overwhelming gratitude at the end of the match.

Dybala joined the Bianconeri from Palermo for a € 41 million fee in July 2015. He has since produced some memorable performances, scoring 115 goals, providing 48 assists, and winning 12 trophies.

He was also chosen as Juve’s player of the year in the 2019-20 season. Considering he still has age on his side, there are multiple clubs in the hunt for the 28-year-old’s services.

Juventus’ domestic rivals and current Italian champions Inter Milan (via Siempre Inter) and also believed to be in the running.

Paris Saint-Germain are set to be without the services of the ever-reliable Angel Di Maria from the 2022-23 campaign. The Parisians are not willing to extend the 34-year-old’s contract at the end of the season, allowing him to leave as a free agent.

Di Maria, who helped Real Madrid to their 10th Champions League title in 2014, joined the Parisians in 2015. Over the last seven years, Di Maria has taken part in 294 games for the club, recording 92 goals and providing 118 assists.

His contributions have helped the French outfit to five Ligue 1 titles and four French Cups, among other honors.

Despite being 34, Di Maria can still give players half his age a run for their money. The versatile winger / midfielder is set to remain in Europe for the time being and is supposedly on the brink of joining Juventus (via Goal).

From being one of the most feared forwards in the world to being a regular benchwarmer, Gareth Bale’s Real Madrid career certainly hasn’t been straightforward.

It is all destined to come to an end this summer, with the Welshman guaranteed to leave the club after his contract expires in June.

Bale, who is the highest-paid player at the club, joined Los Blancos in the summer of 2013. In his debut season, he scored a wondergoal against Barcelona in the Copa del Rey final, securing the Spanish Cup for the Whites. He later scored a decisive header in the Champions League final, helping his side to a 4-1 win over Atletico Madrid.

Unfortunately, due to injuries, consistency issues, and an apparent disagreement with Zidane, Bale fell down the pecking order and never recovered. He scored a Champions League final-winning brace against Liverpool in 2017-18, but it could not put his career back on track.

Gareth Bale marches from Real Madrid through years in the club.

Thanks for all the readings. 🤍

Gareth Bale walks through Real Madrid for 9️⃣ years at the club. Thank you for everything. 🤍 https://t.co/dx8eFkyGma

Often been a victim of whistles at the Santiago Bernabeu, it is unclear how Madridistas will treat him in his final match (if he’s fit) on May 20. But given Bale’s direct contribution to multiple Champions League triumphs, it might be too cruel for them not to acknowledge his sacrifices.

Bale, who’s scored 106 goals and won 18 trophies with Los Blancos, could return to English football (via: Transfer News Live) next season. The name of his next club, however, is yet to be disclosed.