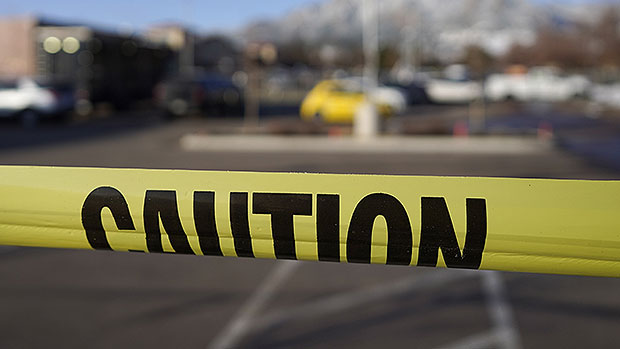 Archie Eversole was known to hype up a crowd with his 2002 anthem “We Ready.” His life tragically ended at 37 after he was found with a gunshot wound at a Chevron gas station in Atlanta on March 25 and then died in hospital on April 3. His brother, Alexander Kraus41, was arrested at his home near the gas station initially on assault charges that were then upgraded to murder, per Daily Mail. He’s currently being held at Dekalb County jail without bond, according to online court records.

Here are five things to know about Archie, who rose to fame after his early aughts track kept fans energized and stadiums booming.

Archie Eversole Was An Atlanta Rapper

Although Archie is known for his deep Atlanta sound, style, and roots, he was actually born in Germany, on July 26, 1984, while his military parents were stationed in the country (his father was in the US Navy, his mother a member of the US Army). He was not there for too long, however, as the family then moved back to the states and settled in College Park – a neighborhood in Atlanta – where Archie was raised. He became a well-known figure not only in the region, but in the club scene as well.

Rappers Who Have Been Violently Attacked Or Killed: See Pics

Archie’s career really took off in 2002 with his smash hit “We Ready” featuring Bubba Sparxx. The track was a song of his first full-length album, Ride Wit Me Dirty South Style, which he recorded when he was 17-years-old. The record was first released by an independent label Phat Boy Records and Break Bread Productions in 2001 but later released by MCA Records in 2002 when it peaked at # 83 on the Billboard 200.

“We Ready” notably contained a sample from the 1969 Steam song “Na Na Hey Hey Kiss Him Goodbye.” Although it only reached # 64 on the Billboard Hot R & B / Hip-Hop Songs chart, it was popular in the club and also proved to be popular in the sports world as the perfect hype song for both athletes and fans alike.

The Song Grew Beyond The Radio

As the song’s popularity grew, especially for sporting events, it was then included in promotional material for the National Football League. It was also played during home game matches of the Major League Soccer club Atlanta United. In addition, the Kansas City Royals adopted the song as their anthem for their 2014 MLB post-season campaign.

Moreover, the rapper was chosen in 2018 to create the theme song “United We Conquer” for the Atlanta United soccer club team that competes Major League Soccer.

He Shared A Few Mysterious Posts Before His Death

Before his death, Archie shared some often cryptic or mysterious posts to his social media channels, causing fans to wonder what he was going through or what the messages signified, if anything. In an Instagram post shared just days before the shooting, the rapper shared a photo of the message, “You can f *** up a whole bond by lying to someone You could’ve told the truth too,” along with a grimacing face, call me hand and shrug emojis.

In addition, he shared a Twitter post shared by comedian Lil Duval in February, about a month before his death. “If you feel like your friends is supporting strangers more than they support you than, become a stranger, ”the post read with the caption“ #message. ”

Numerous Supporters Are Mourning His Death

Although his death was tragic, many have shared their condolences and well wishes, remembering his soul with love. In a statement issued on Thursday, the Atlanta United team who worked with the rapper noted how “heartbroken” they were to learn of the death. “A staple in the Atlanta hip-hop scene, Archie adopted Atlanta United before our first season and continued to be one of our club’s most fervent supporters,” the team said on Twitter. “In addition to his decorated musical career, his voice will long live in our supporters ‘minds as’ We Ready ‘billows through the speakers for kickoff at Atlanta United matches.’

In addition, numerous tributes poured out for the rapper on social media, as former NFL quarterback Robert Griffin III posted“The man who gave us ‘We Ready,’ the greatest Game Day anthem ever, has passed away at 37 years old. Rest In Peace Archie Eversole. Prayers up to his family and loved ones. ”

Fans in Atlanta also shared their condolences, posting photos with Archie who often mingled with sports fans in the stands at Atlanta United games. “Rest In Peace,[Archie Eversole]. Absolute man of the people, ”one user wrote.