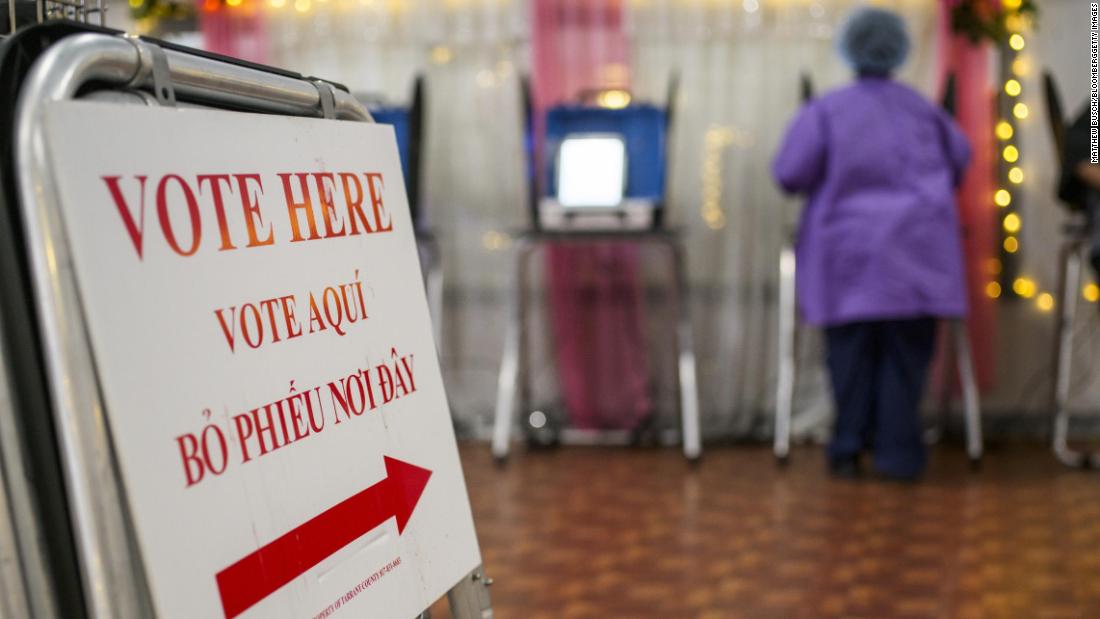 But down-ballot, the primary fireworks aren’t over yet: Texas requires candidates to top 50% in order to advance directly to the general election. Otherwise, the top two primary finishers square off in a head-to-head runoff in May.

CNN projected that embattled Attorney General Ken Paxton will face a runoff against state Land Commissioner George P. Bush, the latest member of the Bush family’s political dynasty to emerge in Texas politics. Paxton’s failure to reach the 50% threshold was the only negative mark on Tuesday for former President Donald Trump, whose slate of endorsed candidates largely cruised in GOP primaries.

And the Democratic primary in Texas’ 28th District – between Rep. Henry Cuellar, the party’s most conservative member of the US House, and progressive challenger Jessica Cisneros – was still undecided as of early Wednesday morning.

Here are six takeaways from the Texas primaries:

Texas is set for a heavyweight match-up between Abbott, a prolific fundraiser with a $ 50 million war chest, and O’Rourke, the former Democratic congressman who has been his party’s only hope of winning statewide in recent years.

Abbott, who is seeking a third term, was always the favorite to win his party’s nomination despite far-right criticism of his handling of the coronavirus pandemic in its early days.

But he spent $ 15 million to be sure of it, fending off former Florida congressman and Texas Republican Party chairman Allen West and former state Sen. Don Huffines.

O’Rourke, meanwhile, is seeking office for the third time in five years. His near-miss in the 2018 race against Republican Sen. Ted Cruz ignited Texas Democrats’ hopes that the state, with a diverse and growing population and suburbs that have moved leftward, would soon become a battleground.

Now, with a campaign focused on Abbott’s management of the grid failure that left much of Texas without power after a winter storm last year, he’ll seek to deliver on that promise in a year in which the national political environment could be much tougher for Democrats.

Texas Attorney General Paxton was unable to reach the 50% support he needed to avoid a runoff, and will face a head-to-head match-up with a member of the state’s best-known political family.

Paxton, a Republican with former President Donald Trump’s endorsement thanks to the attorney general’s lawsuit seeking to overturn the 2020 presidential election results, faced a crowded field of challengers.

The efforts to oust him center on his legal troubles: Paxton has been under indictment since 2015 on securities fraud charges, and is being investigated by the FBI after former aides accused him of abusing the power of his office to help a political donor.

Bush had aligned himself much more closely with Trump than other members of the Bush family. He told supporters Tuesday night that Paxton “is going to divert attention away from his legal problems and personal challenges” during their runoff.

Cisneros, Cuellar could be headed for another round

The rematch between Rep. Henry Cuellar, the most conservative Democrat in the U.S. House, and progressive challenger Jessica Cisneros, who nearly defeated him in 2020, was neck-and-neck Tuesday night. It could be headed for a runoff.

Though Cuellar and Cisneros are both from Laredo, the race split along geographic lines: Counties closer to San Antonio overwhelmingly supported the more progressive Cisneros; along the border, Cuellar was dominant.

Cuellar is a rare figure in Washington: a pro-gun rights, anti-abortion rights Democrat who outperforms the national party in an area where Democrats have rapidly lost ground to Republicans in recent presidential election cycles.

The FBI searched Cuellar’s house weeks before the primary election. He largely dropped off the campaign trail, relying on television ads. That progressives could not defeat a hobbled Cuellar offered a window into the party’s left flank’s struggles to connect with Latinos in South Texas.

A silver lining for progressives

Progressives did have one victory to celebrate Tuesday night: Greg Casar, a former Austin city councilman, was projected to win the 35th Congressional District primary outright, avoiding a runoff.

Casar, who was endorsed by Vermont Sen. Bernie Sanders and campaigned with New York Rep. Alexandria Ocasio-Cortez, is the favorite to win the seat in November.

The 35th District, which stretches from Austin to San Antonio, is a new one drawn by Texas lawmakers during last year’s redistricting. It became a target for progressives after Democratic Rep. Lloyd Doggett, the incumbent who had represented parts of the new district, chose to run in a neighboring district.

The most competitive US House race in Texas this year could come in the 15th District, a South Texas district that stretches from towns east of San Antonio to the Rio Grande Valley.

But Democrats will have to wait until May 24 to determine her opponent. On Tuesday, the results of the Democratic primary remained to be seen. Ruben Ramirez, an attorney and Afghanistan war veteran, led the field, followed by a tight contest between Michelle Vallejo, a progressive favorite, and attorney John Villarreal Rigney for the second runoff spot.

Trump took a victory lap Tuesday night after every candidate he endorsed in Texas either won or advanced to a runoff.

“Big night in Texas! All 33 candidates that were Trump endorsed have either won their primary election or are substantially leading in the case of a runoff,” Trump said in a statement.

That was partly by design: Trump only endorsed Republicans who were either already favored or were locks to win. His endorsement carried weight, but was not enough to help Paxton avoid a runoff.

Trump did not involve himself in the 8th District race to replace retiring US Rep. Kevin Brady. But virtually all of his allies, and every other power player in the GOP, did.