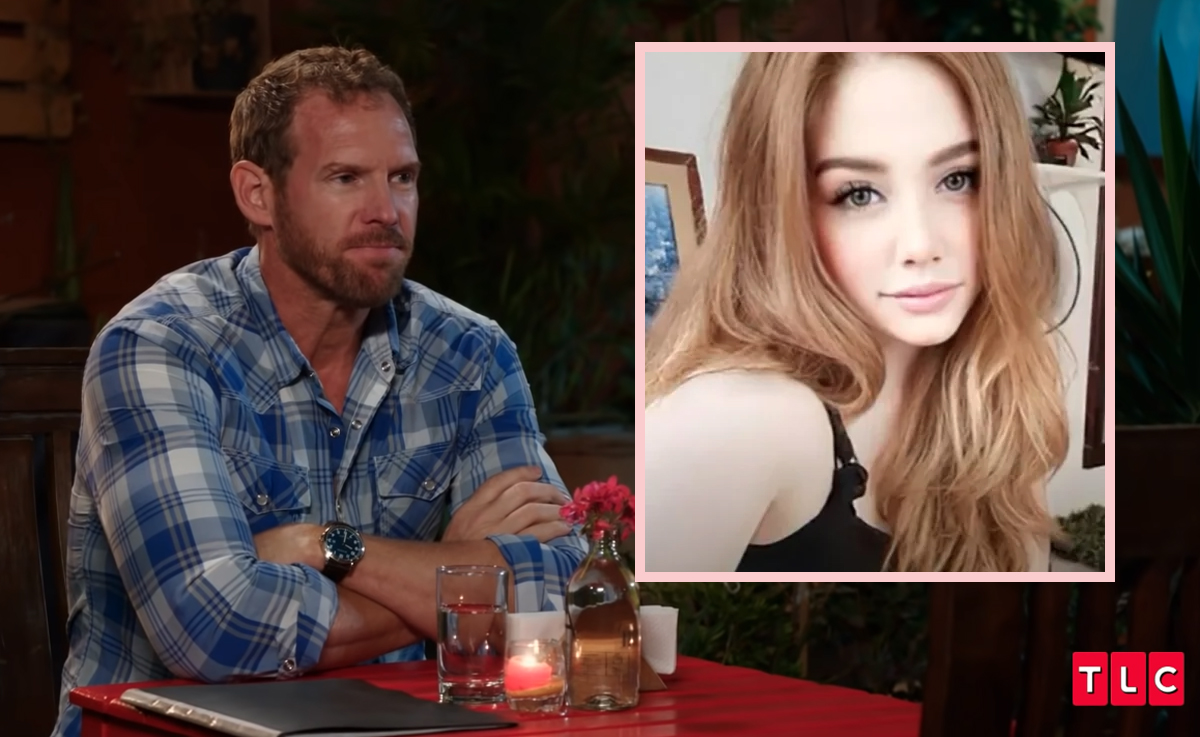 It’s the kind of tension that only reality TV can pull off.

The latest episode of 90 Day Fiancé: Before The 90 Days answered a very big question on Sunday: Is Mahogany real ??

Lega 52-year-old former pastor, fell for a much younger woman he met online, the enigmatic Mahogany. While their connection was ostensibly all about their faith, it obviously did not hurt for Ben that the 24-year-old also presented herself with profile pics like the one seen above, inset.

But there were a couple major issues. The first was that she lived in Peru. We mean, obviously, it would not be 90 Day Fiancé if there were not an international culture gap making things trickier. It also raised the stakes for the other issue… Folks were seriously doubting Mahogany was a real person.

Ben had been catfished before, and his ex-wife and kids could not help but point out the red flags with his new internet girlfriend: She refused to video chat, and her photos were clearly altered with some kind of filters at the very least . We mean, come on! These are tell-tale signs of a catfish.

So when Ben actually traveled all the way to San Bartolo to meet Mahogany, we figured we were about to watch what we’d seen so many times on the MTV show Catfish. And sure enough, she did not show up at the airport to meet him. But he persevered and set up a meeting in a restaurant.

Very, very late, Mahogany actually arrived! She was real! What a twist in 2022! LOLz!

It was not 100% on the up-and-up. The woman in front of Ben did not look quite like the pics – the photo doctoring in the pics Ben had been given was significant.

But you know what? She’s real and not secretly a bored teenager, an identity theft scam, or a trap to steal his internal organs and leave him in a bathtub full of ice.

While Ben admitted the object of his affection “does look a little different than she does in the pictures,” he was pleased, saying in a confessional later:

“I am so relieved that Mahogany is a woman and beautiful. It was worth the wait in the end. ”

Hilariously, Mahogany had a similar reaction to Ben and his pics, saying:

“When I met Ben, he did not look as muscular like in his pictures. He was a little bit smaller. But his personality was about the same. ”

LOLz! He’s lucky she showed up at all! She had a good reason for almost not doing so, explaining to the TLC cameras:

“I felt very nervous because my parents think he has other intentions with me.”

Yeah, we can not blame them. We’re talking about a 52-year-old man going for a woman less than half his age whose online pics, frankly, make her look even younger. Talk about red flags.

In the end, Ben was happy to get to meet the real Mahogany in person but was disappointed she wasn’t as affectionate as she’d been on the internet. You know, where there’s no danger. He said later:

“I still definitely see her as my future wife, but we are definitely on two different levels right now. I still have my heart out there, I love her, I want to express that to her, but she is not reciprocating and she’s just not the same as she was online. She’s not saying ‘I love you’ back and that is very concerning. ”

We’ll have to see where this goes – and if the potential couple end up being 90-day fiancés at all. For now though, watch the truly shocking moment of their first meeting unfold (below):