In just a matter of months, millions of word-puzzlers have turned online game Wordle into a hit that’s all over everyone’s social media feeds and landed the creator a seven-figure sale to The New York Times.

It’s enough to make you wonder why no one thought of a game like this before. But it turns out someone did.

Since software developer Josh Wardle’s online game started taking the internet by storm in January, word-game aficionados have pointed out that Wordle’s gameplay and grid of colored boxes are actually quite reminiscent of an old game show called “Lingo.”

Like Wordle, the television show also saw players trying to guess five-letter words on a gridded game board where boxes turn certain colors based on the accuracy of the players’ guesses. There are differences, though, including Wordle using different colored boxes – green and yellow instead of red and yellow – and “Lingo” giving players the first letter of each word to start.

“Lingo” first ran in syndication for less than a year in the mid-1980s and then aired nearly 400 episodes on the Game Show Network over two stints between 2002 and 2011. Now, amid the popularity of Wordle, CBS even recently announced it’s bringing “Lingo” back, with a rebooted version of the show to be hosted by RuPaul (though the network reportedly says the reboot was in development before the launch of Wordle).

So what does this mean for everyone’s favorite new word-game obsession?

Nothing to worry about

Media outlets like The Daily Mail and the New York Post, along with social media usershave called out the similarities between Wordle and “Lingo” in recent weeks, with some even wondering aloud if the popular new game is infringing on the game show’s copyright, or if Wardle and The New York Times could have legal trouble coming down the pike.

Bruce Boyden is a professor at Marquette University Law School who specializes in copyright and internet law. He does not think Wardle or The New York Times should be overly concerned about a potential copyright infringement lawsuit.

“They probably do not have anything there to worry about,” Boyden says.

The main reason for this, he explains, is that games – from online games like Wordle, to board games and even video games – are notoriously difficult to patent or copyright because of how they are viewed in terms of intellectual property [IP] law.

Boyden says you first have to look at “three main areas of intellectual property”: patents, copyrights and trademarks.

Patents can cover “the apparatus used to play [a game] such as… the software in this case, “Boyden says. Obviously, Wordle is not a television game show, and the software code Wardle developed to build his game could bear no possible similarity to a TV show. There’s no likely patent claim to be made, he says.

Trademarks cover product names and logos. Wordle does not really have a logo and the name is completely different from “Lingo,” so there’s no issue there either.

Boyden says copyright can only protect how a game, or any creative work, is conveyed or presented to the world. “But it does not protect the idea, or the general sort of format or theme behind what you’re expressing,” he adds.

Games are ‘not copyrightable’

In 2011, Boyden wrote that “games exist at the boundary of intellectual property law” in such a way as to, essentially, make them “not copyrightable” in a scholarly article published in the George Mason Law Review titled “Games and Other Uncopyrightable Systems. “

The design of a game can be copyrighted, such as Monopoly’s colored properties and iconic game tokens, like the thimble and top hat, Boyden says. But Hasbro, Monopoly’s publisher, can not copyright the broader idea of ​​a board game where players roll a dice and move around a board with “10 squares on a side, and when you land on properties you have to pay some amount of money.”

As another example, Boyden refers to Hasbro’s Scrabble, which has a long history with online knock-offs. One, called Scrabulous, agreed to change its name following a 2008 lawsuit from Hasbro that accused the online game of violating Scrabble’s trademark. However, Hasbro has not been able to go after most knock-offs, such as Zynga’s popular Words with Friends, with copyright claims even though they have very similar styles of gameplay to Scrabble, Boyden says.

Even though the games’ style of play mimics Scrabble’s, Boyden says, Hasbro “does not have a valid copyright that they can use to protect against the idea of ​​having any crossword-type board game, in which you place letters for points.”

Similarly, the existence of “Lingo” did not preclude Wardle from legally creating a similar game that involves guessing five-letter words, even if both games use a grid of letters. Boyden adds that both games’ grid design is also likely too simple, and not particularly unique, to be protected under a copyright.

Typically, when a fair amount of creativity goes into creating something – be it writing a song or a book, or designing a building or computer software – that form of creative expression is protected under copyright law, Boyden says. But copyright law does not protect instructions. In the case of games, that means the rules, or the way a game is played.

Similar exclusions apply to creative works like fashion designs – you can not copyright a type of dress, but a designer can trademark their brand name, for instance – and, especially, cooking recipes, Boyden says.

It does not matter “if a lot of creativity goes into designing that particular cake,” Boyden says. “You can copyright maybe the particular way you write [a recipe] – if you add a lot of anecdotes or color to the recipe – but the simple instructions of ‘one cup of flour, two eggs, beat well for one minute,’ that is not copyrightable. And game rules are in the same boat. “

Of course, the same logic that says Wardle and The New York Times likely run little risk of being sued over Wordle also applies to the recent proliferation of Wordle-like apps and online games that have cropped up to capitalize off of Wardle’s success.

Dozens of new online games and mobile apps have popped up in recent weeks that look to draw in word-game fans who can only scratch their Wordle itch once a day. There’s Quordle, where you have to guess four different words at the same time, as well as Absurdle, a game where the mystery word actually changes over the course of the game based on your guesses.

There’s likely not much that Wardle and The New York Times can do about these clones and knock-offs, provided that none of them actually use the name Wordle in their own monikers. Potential trademark infringement is the most likely area of ​​IP protection that Wordle could seek against rip-off games, Boyden says, and The New York Times already filed for a trademark on the name Wordle with the US Patent and Trademark office back on Feb. 1.

Wordle is already getting some help protecting its name from Big Tech. Since Wordle itself does not have a mobile app – the game is played on your web browser – several copycats launched apps called Wordle that Apple subsequently removed from its App Store in order to prevent users from being deceived into thinking they were downloading an official Wordle app . One of those clone creators, who tried to monetize the game with a knock-off app, even publicly apologized after Apple removed his app.

“The trademark protection for the name ‘Wordle’ for that game is going to be probably the most valuable asset here in terms of [Josh] Wardle’s IP, “says Boyden. That’s likely the main reason The New York Times would even buy the game directly from its creator rather than simply joining the ranks of the copycats, he adds.

“If they just wanted the game, [The New York Times] could have just made their own five-letter word guessing game and put it up. “

Sign up now: Get smarter about your money and career with our weekly newsletter

‘Bite-sized fun’: The psychology behind your sudden Wordle obsession 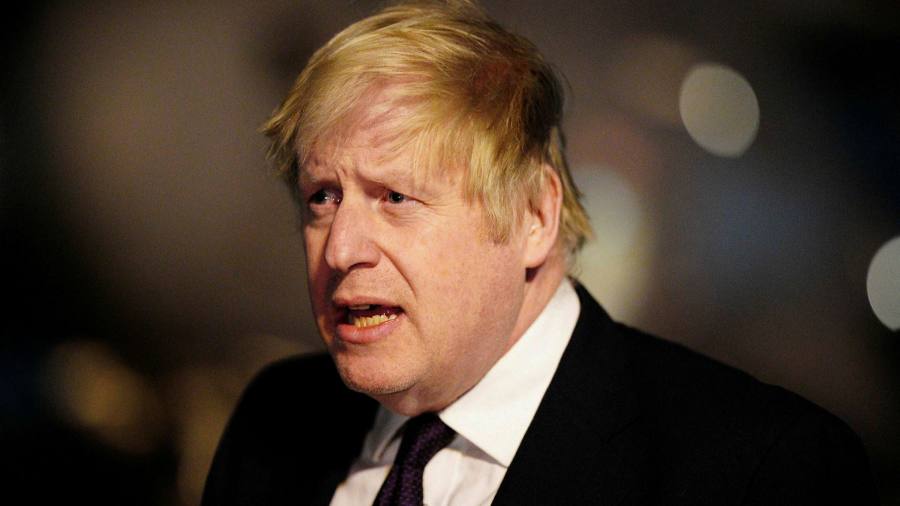 Boris Johnson to brush aside ‘partygate’ fine when he faces parliament

A defiant Boris Johnson will on Tuesday face MPs for the first time since being fined over the "partygate" affair, with allies privately criticizing the Metropolitan Police's handling of the issue.The UK prime minister will apologize to MPs but will...

In a recession, turn to these stocks with a history of raising dividends

Investors worried about the potential for a recession that would roil markets may want to look at stocks that pay dividends to keep income flowing. Some companies have a history of consistently raising dividends every year, even late in market...