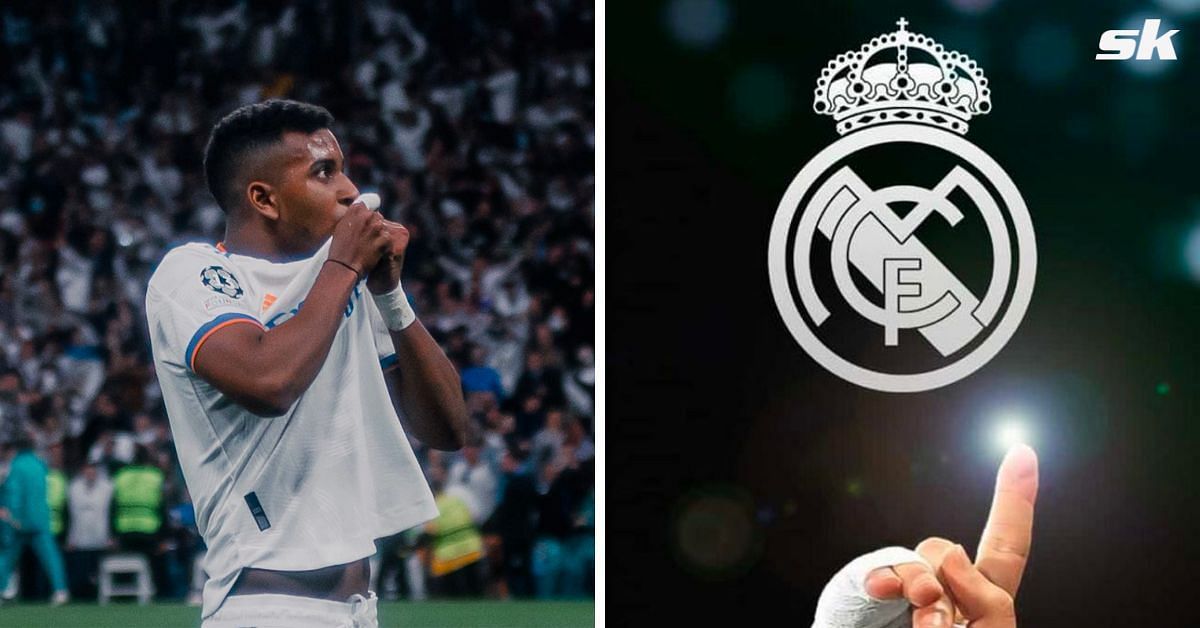 Mbappe was set to become a free agent this summer, with all indications suggesting that he would join Los Blancos. However, a seemingly last-minute U-turn saw him announce his extension with PSG ahead of their match against FC Metz last night (May 21).

Mbappe has penned a deal with the Parisians that will keep him at the club until 2025. According to Sky Sports, aside from his exorbitant wages worth almost £ 1 million a week, the Frenchman will also receive a signing-on fee of around £ 100 million. There will be a few concessions over his image rights as well.

Players from Real Madrid, while not directly addressing the news, took to social media to post a few cryptic messages. Leading the charge was talismanic forward Karim Benzema, who simply posted a photo of his now-iconic bandaged hand pointing up to his club’s logo on Instagram:

Long-time servant Lucas Vazquez tweeted an image of the Los Blancos players celebrating during a match following their La Liga title win. The Spaniard captioned it (as translated by Twitter):

” Goodbye to a unique league. How lucky it is to be from @realmadrid”

Lastly, midfielder Fede Valverde also voiced his thoughts with a cryptic message on Instagram that translated to:

” Being from Madrid is a privilege that not everyone can have. ”

Federico Valverde on IG: ‘Being from Madrid is a privilege that not everyone can have.’

📲 Federico Valverde on IG: ‘Being from Madrid is a privilege that not everyone can have.’ https://t.co/BnjIUic76q

The Kylian Mbappe saga dominated the headlines last summer as well. As per Sky Sports, Real Madrid were willing to bid up to € 230 million on deadline day for the PSG forward. However, the Parisians managed to keep hold of their prized acquisition in the hopes of tying him down to a new contract.

There was still optimism, however, that Carlo Ancelotti’s side would pull off a move for Mbappe at the end of the ongoing club season. The 23-year-old was even cheered on by fans at the Santiago Bernabeu when he played for PSG against Real Madrid in the Round of 16 of the UEFA Champions League.

According to Fabrizio Romano, Los Blancos made an offer for Kylian Mbappe to join them on a free transfer this summer. Despite havingtheat on his table, the French forward decided to extend his four-year stay with PSG.