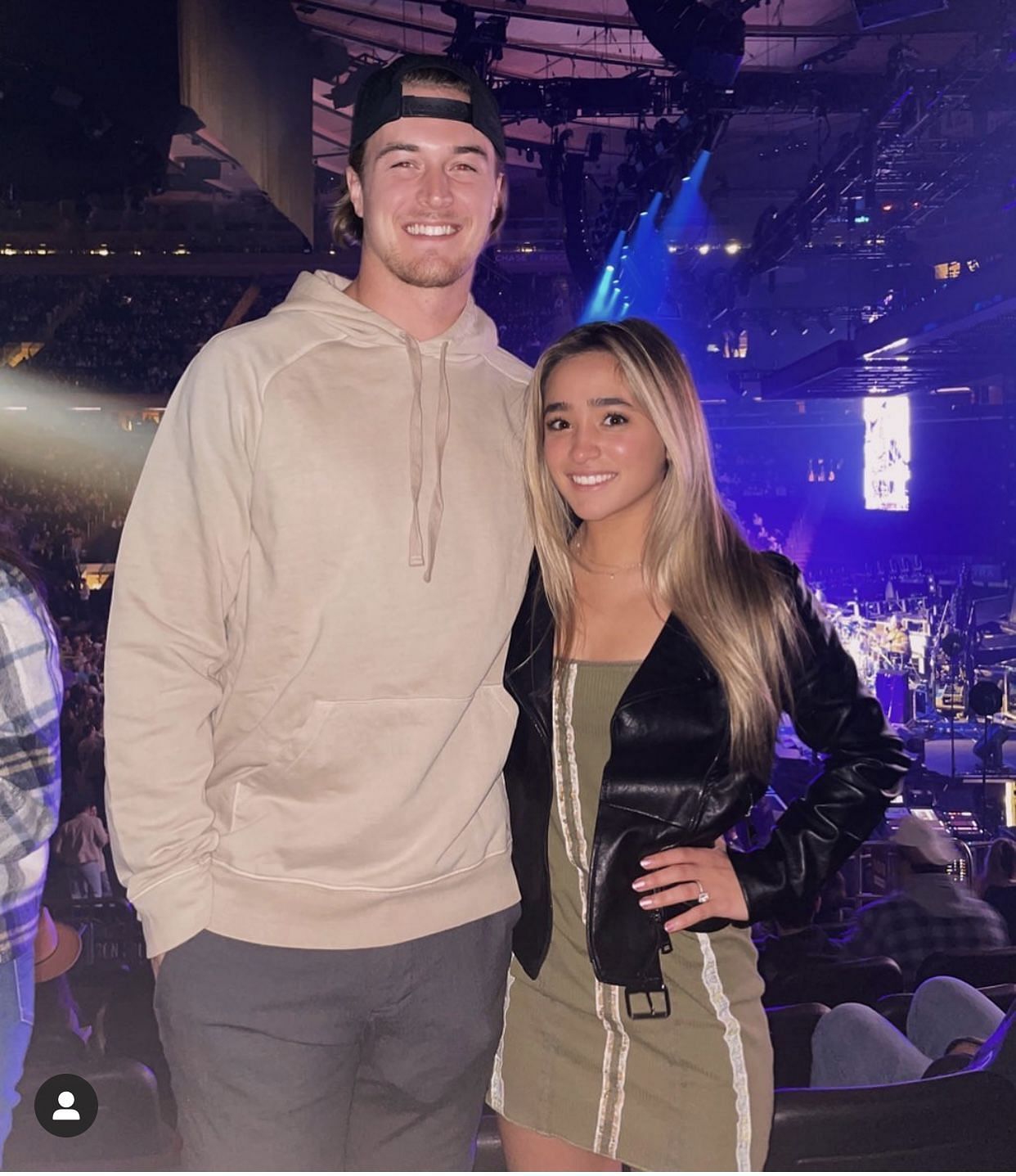 Kenny Pickett is quickly becoming a household name. This rise in popularity comes with many questions about his personal life. One thing that Pickett is happy to share publicly is that he has recently become engaged to girlfriend Amy Paternoster.

Paternoster was a soccer player for the Princeton Tigers. In 16 games with the Tigers, the forward / midfielder scored 3 goals and had 5 assists while the team went 15-3-1 overall for the season. Paternoster just finished her last season with Princeton, and although she has not publicly disclosed her next plans after college, she will have plenty to look forward to with Pickett.

What did Kenny Pickett say about Amy Paternoster following their engagement?

In an already eventful year, Kenny Pickett declared for the NFL Draft after wrapping up his collegiate career at Pittsburgh. Soon after, the young NFL prospect also announced his engagement to Paternoster. The pair made their announcement via social media with a touching photo. Pickett expressed his love using some sweet words.

“Got tired of calling you my girlfriend… here’s to a lifetime with the person I cherish more than anything in the world. You make me a better person and I could not imagine life without you. I love you more forever and always !! ”

Pickett and Paternoster had been dating for almost a year since their public post in April of 2021. As the two begin to prepare for the wedding and all the traditional pre-wedding celebrations, Pickett himself will also look forward to April 28 when the NFL Draft occurs. Coming off a 2021 regular season where many rookie quarterbacks did not flash in their first season, Pickett hopes to reverse the fortunes of rookie quarterbacks and bring instant success to whichever NFL team takes a shot at him. Kenny Pickett has already grabbed headlines for his play on the field, one of which resulted in the NCAA changing its rules because of his fake slide during a game that resulted in a rushing TD for the young quarterback.

Combine week: Time for Kenny Pickett to shine. He will blow teams away in the interview process. I like a big heart more than big hands. You can win a Super Bowl with a guy like Kenny Pickett.

Combine week: Time for Kenny Pickett to shine. He will blow teams away in the interview process. I like a big heart more than big hands. You can win a Super Bowl with a guy like Kenny Pickett.

In 2021, Kenny Pickett was a Heisman Trophy finalist, and the Pittsburgh quarterback expects to be one of the top signal callers drafted by an NFL team in the upcoming 2022 draft. The former college quarterback led the Panthers to an 11-2 record with an ACC title while coming in third in Heisman voting. Off the field, the young NFL prospect is presumably leading a full life expected of any rising star.