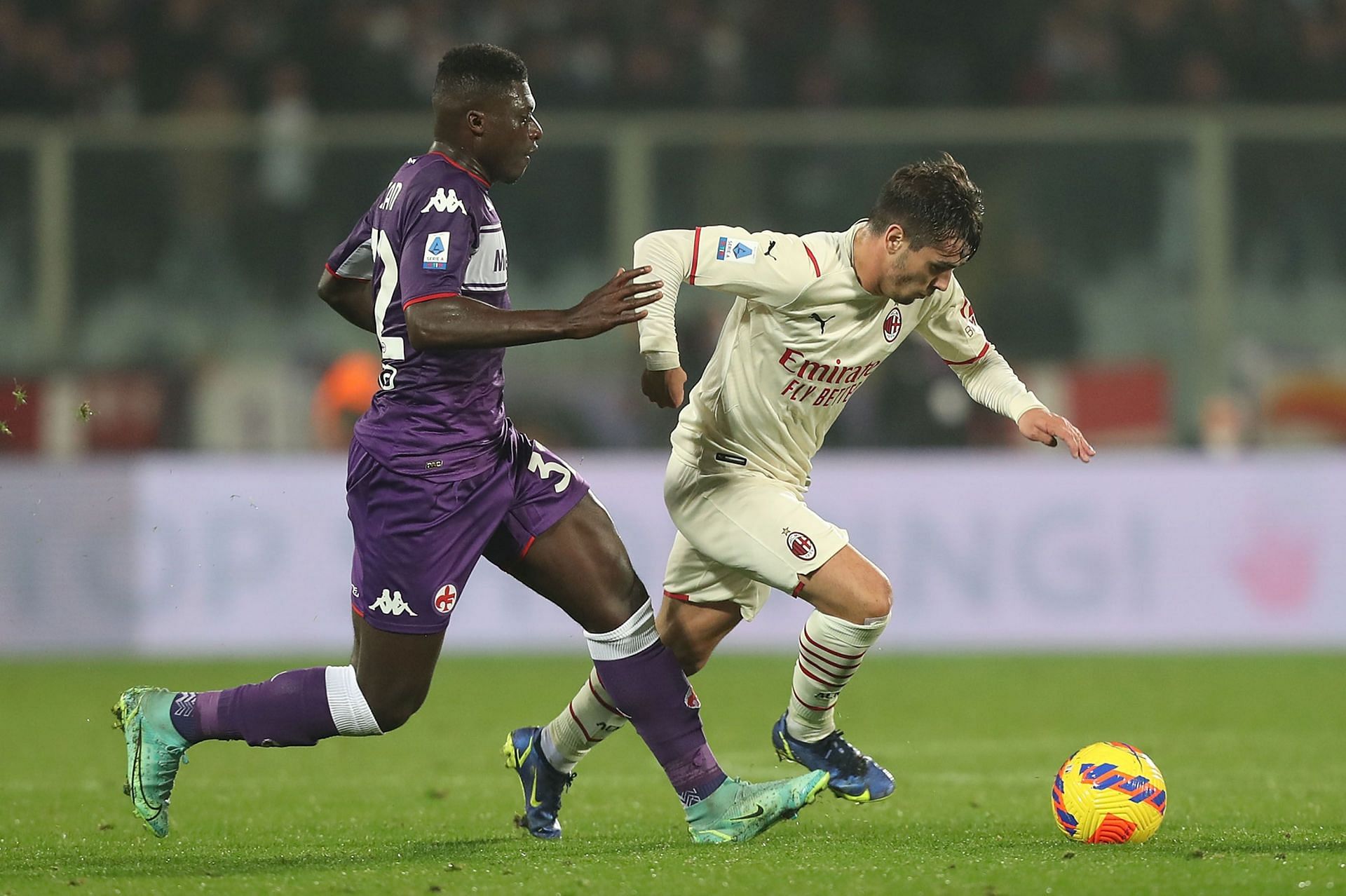 The Serie A returns to the fold with another round of matches this weekend as AC Milan take on Fiorentina on Sunday. Both teams have impressive players in their ranks and will want to win this game.

Fiorentina are in seventh place in the Serie A standings and have been fairly impressive so far this season. La Viola suffered a shock 4-0 defeat at the hands of Udinese last week and cannot afford another debacle in this fixture.

AC Milan, on the other hand, are at the top of the league table at the moment and have been exceptional this year. The Rossoneri edged Lazio to a crucial 2-1 victory in their previous game and will look to maintain their impressive streak this weekend.

AC Milan have an impressive record against Fiorentina and have won 18 out of 43 matches played between the two teams. Fiorentina have managed 13 victories against AC Milan and will need to cut the deficit on Sunday.

The previous meeting between the two teams took place last year and ended in a 4-3 victory for Fiorentina. AC Milan were poor on the day and have a point to prove this weekend.

AC Milan form guide in the Serie A: WWDDW

Fiorentina form guide in the Serie A: LLWWW

Alessandro Florenzi is injured and has been ruled out for the rest of the season. Ismael Bennacer has also picked up a niggle and might not be able to play a part in this fixture.

Gaetano Castrovilli is injured at the moment and has been ruled out of this fixture. Lucas Torreira has made progress with his recovery and will be available for selection.

AC Milan have carved out a two-point lead at the top of the Serie A standings and are within touching distance of a historic league triumph. The Rossoneri have a run of formidable matches this month and will need to be at their best to see out the remainder of their campaign.

Fiorentina were shockingly poor in their previous game and are in need of a shot in the arm at the moment. AC Milan have been the better team this season and should be able to win this game.