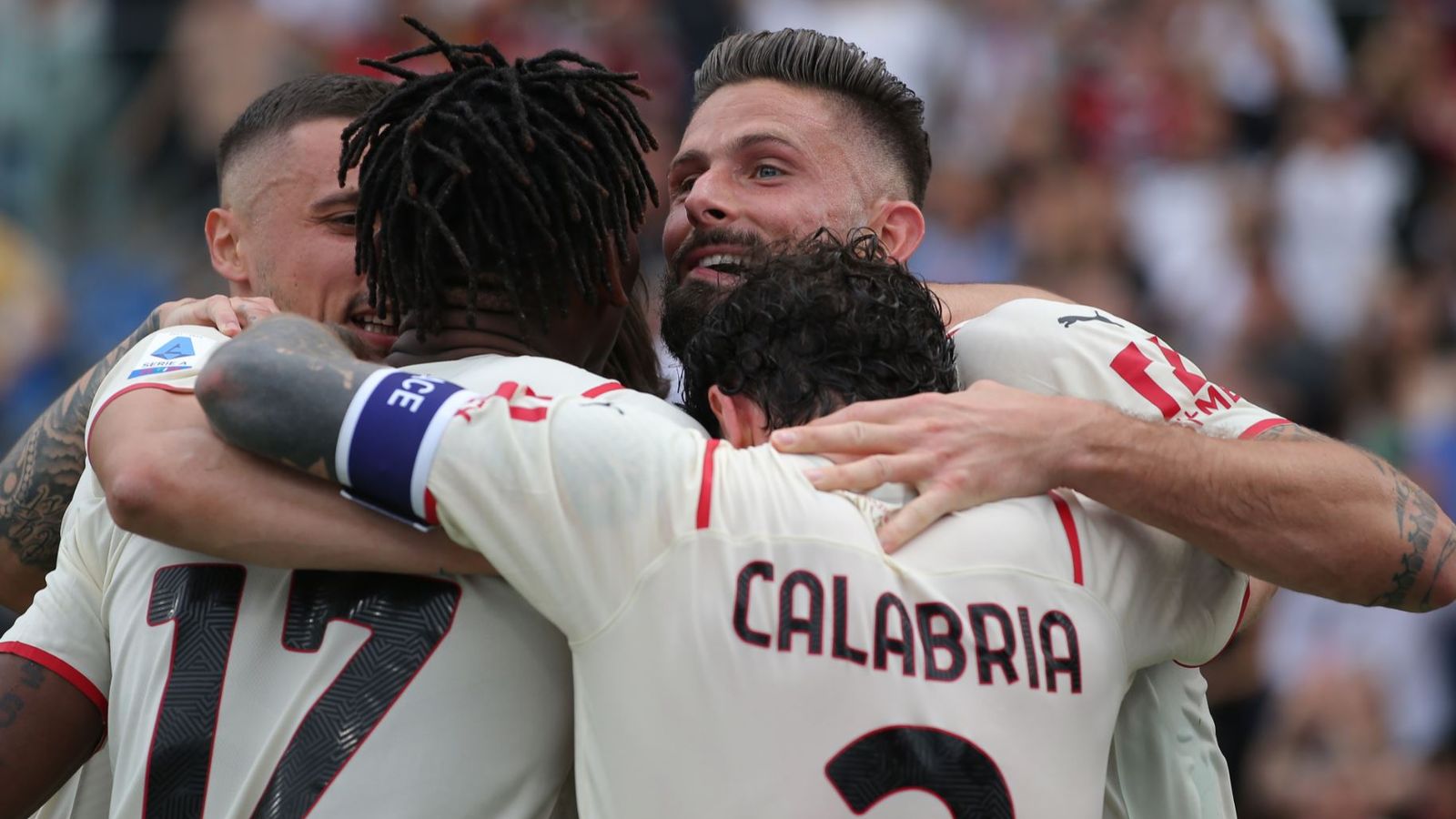 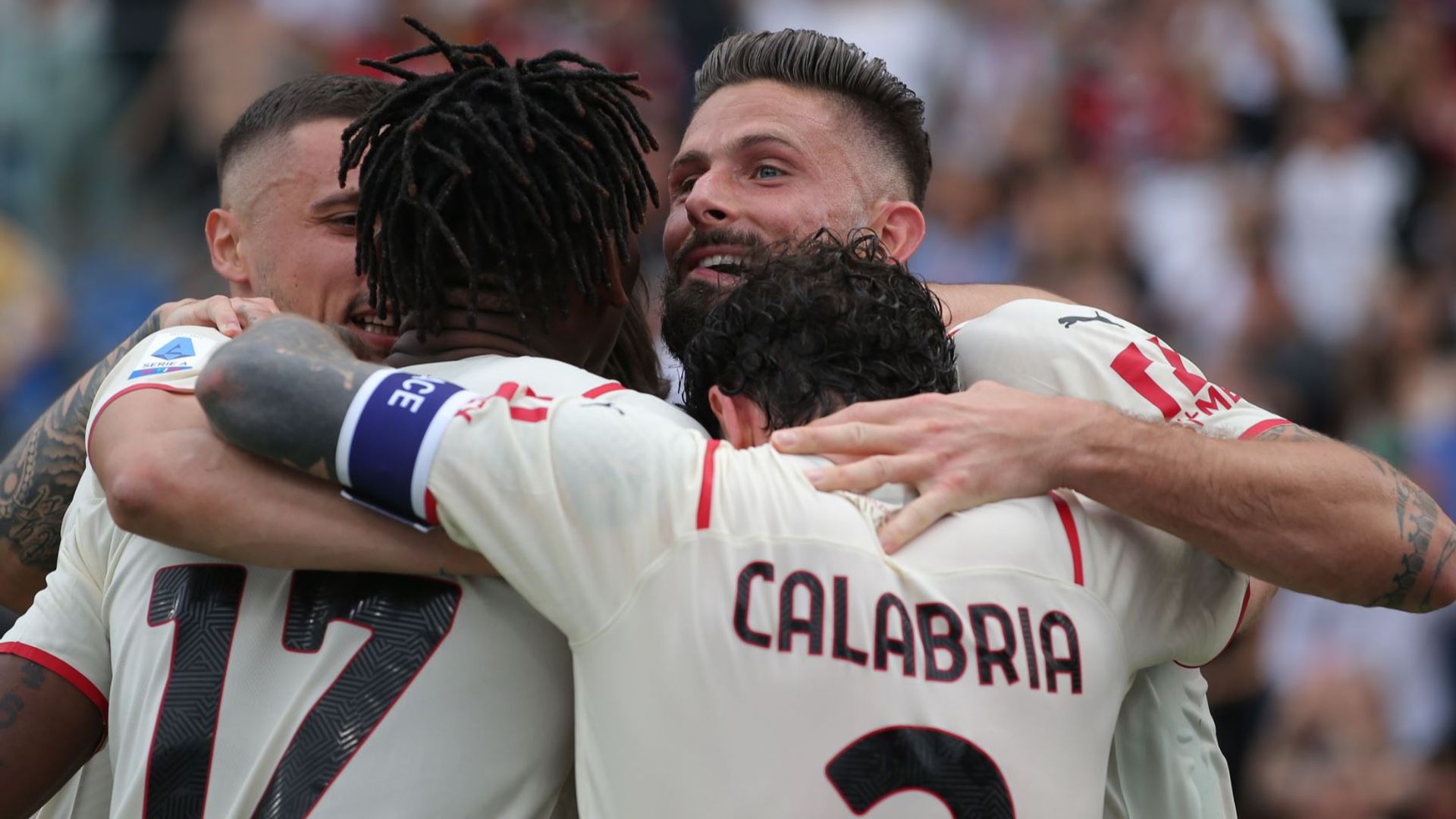 AC Milan won the Serie A title after winning 3-0 at Sassuolo on Sunday to finish two points clear of city rivals Inter Milan, who beat Sampdoria 3-0.

And it was the man who thrives on the big occasions who helped Milan do it, as veteran forward Olivier Giroud scored twice to set his side on the road to the win, while 22-year-old Rafael Leao set up all three first-half goals.

The season-long duel between Milan and Inter for the Italian league came down to the final day and the Rossoneri only needed one point to clinch their first Scudetto since the 2010-11 season. They had a two-point lead over Inter and a better head-to-head record, which is the tiebreaker.

Despite it being an away game for Milan, it had the feeling of a home match as thousands had made the trip – the Rossoneri fans far outnumbered the Sassuolo supporters inside the Mapei Stadium, with many more outside. There was a pitch invasion at the final whistle, delaying the trophy ceremony.

Backed by the vociferous support, Milan had a high intensity from the start and had several chances to take the lead, before finally doing so in the 17th minute.

Leao won the ball back in midfield and raced down the flank before cutting in from the left and rolling the ball across to Giroud, who slotted the ball between the legs of Sassuolo defender Mert Muldur and goalkeeper Andrea Consigli.

Giroud has a long history of scoring in critical moments. His crucial goals late in the 2019-20 season helped Chelsea qualify for last season’s Champions League, and his six goals in the competition helped the London club win it.

The 35-year-old has also scored in important matches this season for Milan, including against Inter and Napoli.
Giroud did it again in the 32nd minute of this match in very similar fashion after turning in another cross from Leao from the left.

It was one-way traffic by then, and Milan all but sealed the match and the title four minutes later. This time Leao’s assist came from the right and Franck Kessie swept it in from close range.

Giroud was given a standing ovation when he was substituted in the 72nd minute. Fellow veteran Zlatan Ibrahimovic was brought on and he thought he had scored in what could be his last club match, but it was ruled out for offside.

As news streamed in of Milan’s goals away at Sassuolo, Inter fans at San Siro wore a gloomy look while silence descended on the historic stadium, even as their team desperately tried to break down Sampdoria’s defense.

But Sampdoria goalkeeper Emil Audero stood firm in the first half, making a number of saves to deny Inter, who grew more frustrated by the minute and resorted to shots from distance.

The crowd found its voice after the restart, however, and Inter opened the scoring when Nicolo Barella found Ivan Perisic in the box and the Croatian fired home.

Simone Inzaghi’s side then scored twice in two minutes through Joaquin Correa as the Argentine forward showcased a deft touch for the first at the end of a flowing move, before out-muscling the defense on a solo run to score his second on the turn.