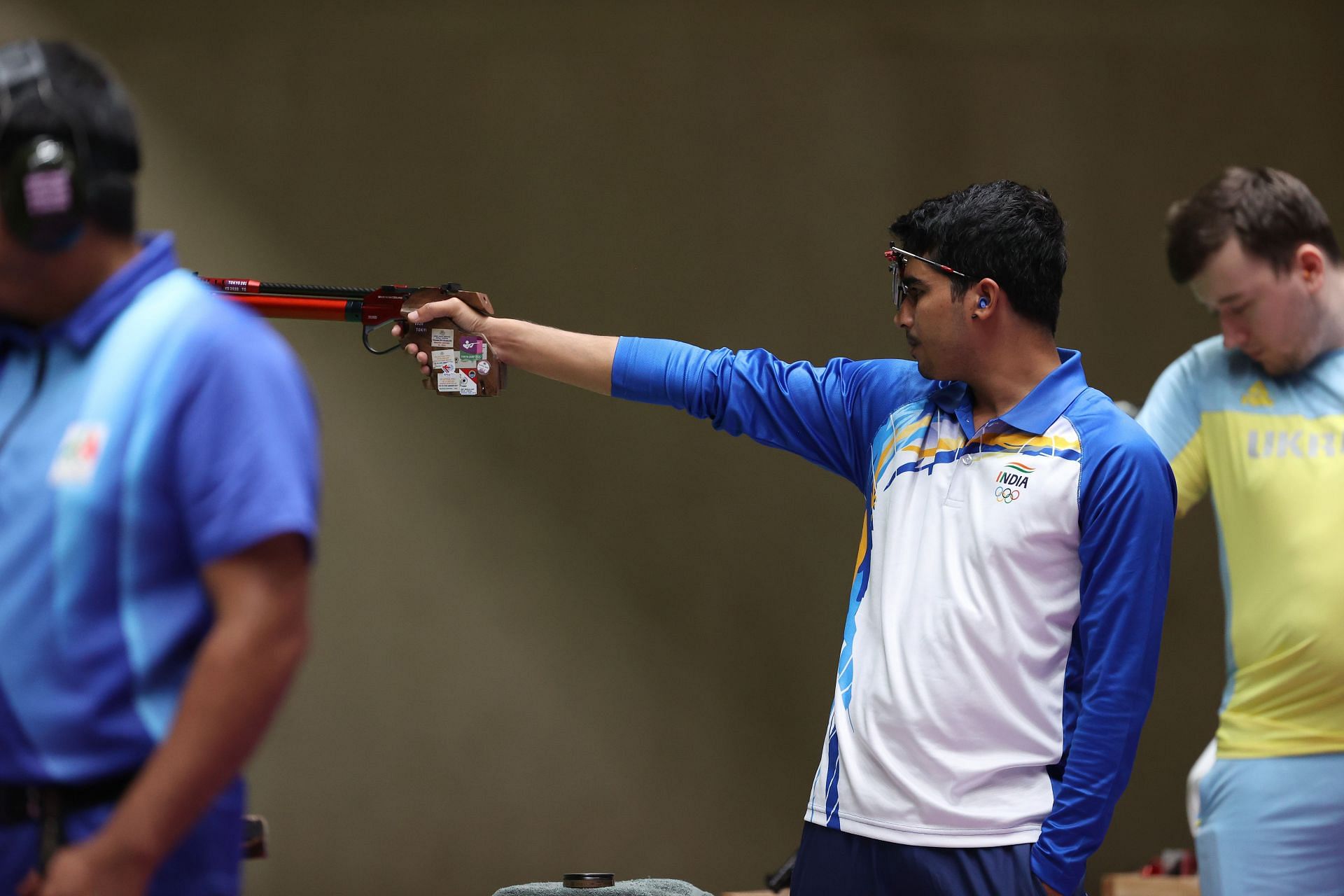 A steady shooting in the medal round enabled India’s ace pistol shooter Saurabh Chaudhary to win the men’s 10m air pistol gold at the ongoing ISSF World Cup in Egypt on Tuesday.

The Cairo World Cup is being played in a new format. After the qualifying match, the top eight shooters are divided into two groups for the semifinals. The top two in each of the semis enter the medal round. Of the four shooters in the medal round, the top two will contest for the gold medal.

In the qualifying round held on Monday, Chaudhary scored 584 out of a possible 600 to finish in the top eight and enter the final stage.

India’s Gaurav Rana and Sarabjot Singh failed to make the cut for the top eight in men’s 10m air pistol.

India’s air rifle shooters, however, were not able to finish in the top eight on Sunday.

France, Italy and India currently top the medal tally with one gold each. Over 500 athletes from 60 nations have taken part in the Cairo World Cup, with 20 medal sets on offer.