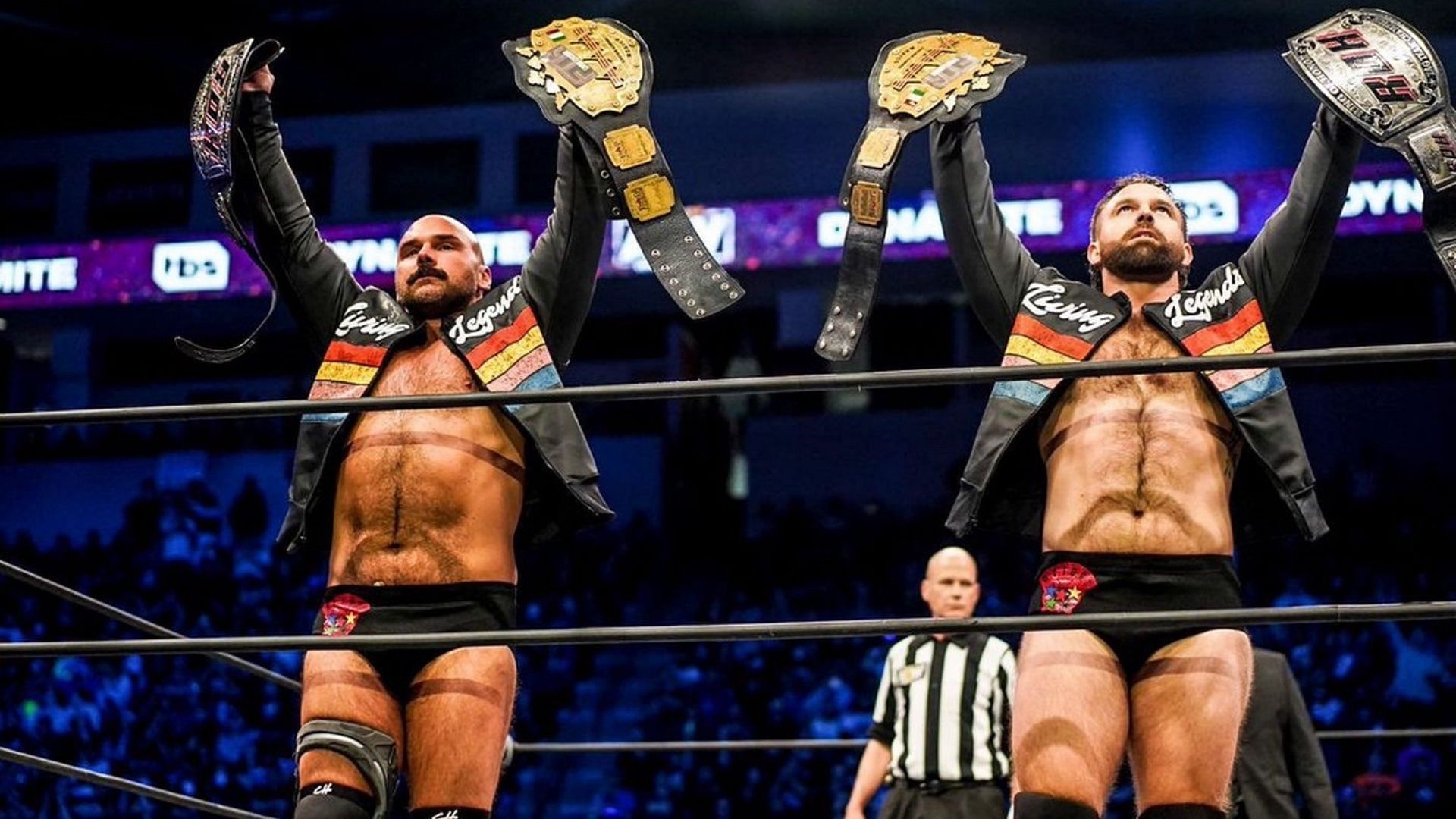 Former AEW World Tag Team Champions FTR will go head-to-head with the American Wolves for the first time ever.

FTR are the reigning AAA and ROH tag team champions, and have collected dream matches with the likes of the Hardys, the Young Bucks, and even the Rock N ‘Roll Express.

Dax has enjoyed his own singles run of late, defeating his own partner Cash in the Owen Hart Foundation Tournament, before falling short in his quarter-final bout against Adam Cole.

Dax Harwood took to Twitter to announce that he and Cash Wheeler will stand opposite Eddie Edwards and Davey Richards at an ASW event in June. The American Wolves are one of the best tag teams in North America, boasting seven world tag title reigns with TNA and ROH.

Check out the announcement below:

It was confirmed this past week that Trent Berretta and Rocky Romero reformed their Roppongi Vice tag team on a full-time basis. They wasted no time in calling out the current ROH Tag Team Champions.

It would be unlike FTR not to have accepted the challenge, and they did as such to confirm the two teams would square off this week on AEW Dynamite. The former WWE Superstars declared their intentions for the AEW and IWGP tag titles, and agreed that defeating a team such as RPG Vice would cement their positions in both of those regards.

Dax and Cash have already made it clear that they want the All Elite tag titles beforehand, as they confronted both reDRagon and the champions Jungle Boy and Luchasaurus following their title bout.

In their statement following the confrontation, they also said they were looking to become two-time AEW Tag Team Champions and recognized that they may have to go through reDRagon in the process.

It appears as though the ROH and AAA tag champs have eyes for world tag team domination.