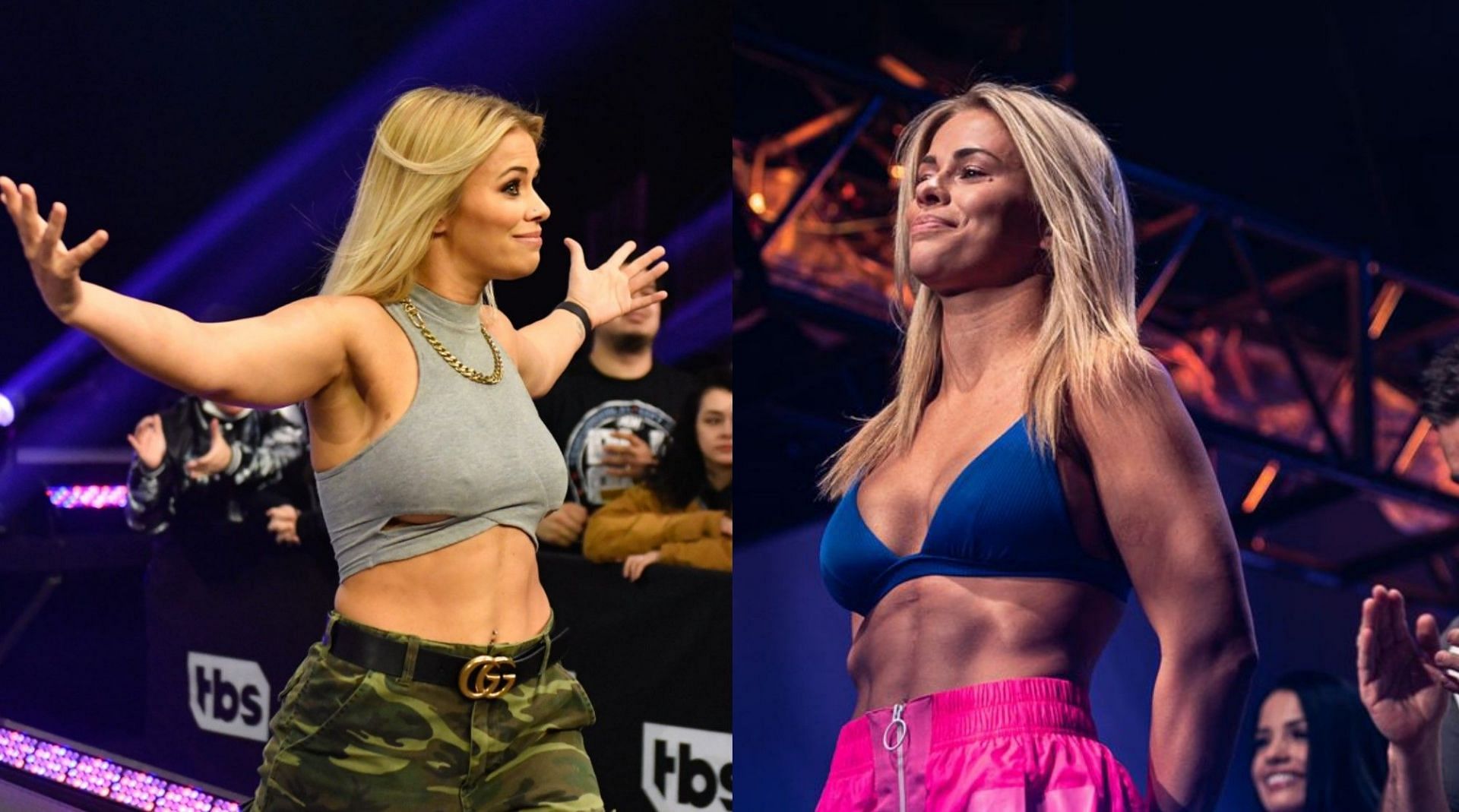 AEW’s latest acquisition, Paige VanZant, is the latest to have joined the elite list of MMA athletes who crossed over into the professional wrestling world.

On the March 9 episode of Dynamite, the 27-year-old star officially signed her AEW contract following Scorpio Sky’s TNT title win over Sammy Guevara in the main event. VanZant might have had a strong foothold inside the octagon over the years, but stepping inside the squared circle would be a completely different ball game for her.

Speaking on Throwing Down with Renee and Miesha, the former UFC star talked about the pressure of switching to a new sport. VanZant asserted that while she does not feel pressure, she’s experiencing both nervousness and excitement.

Paige VanZant further added that she does not want to look terrible in the ring and wants to prove what she can bring to the table.

“You know, I would not say it’s pressure,” said VanZant. “More for me nerves, of course, I wanna be successful in absolutely anything that I try. It’s almost the same transition that I had going from UFC to bare-knuckle boxing,” VanZant said. “It’s just exciting. You know, it’s a big career change. It’s a big life change, but I knew it was something that I had wanted to do for a long time, and I wanna be really good at it. I wanna go out there. I do not wanna look terrible. I do not wanna go like fall straight on my face. I wanna go prove who I am and why I signed to pro wrestling. I do think I’d bring a lot to the table “So there’s just more nerves and excitement on my end.” [6:30-7:09]

The plan for Paige VanZant is that she’ll be training in pro wrestling at Coastal Championship Wrestling, per sources. The coach there is David Heath (aka Gangrel). #AEW

The plan for Paige VanZant is that she’ll be training in pro wrestling at Coastal Championship Wrestling, per sources. The coach there is David Heath (aka Gangrel). #AEW Via Marc Raimondi / ESPN https://t.co/tTUpCzX4VV

If you look at history, stars like Ronda Rousey instantly found success in WWE after crossing over from MMA to pro wrestling a few years ago.

Moving forward, Paige VanZant will also be looking to make an impressive mark in the wrestling world.

Who could be Paige VanZant’s first opponent in AEW?

Having already made a few sporadic appearances for AEW, Paige VanZant is stepping into the spotlight now that she has signed with the company. In fact, she has already made an enemy in the form of Tay Conti. If one may recall, VanZant ambushed the latter after her boyfriend Guevara lost his TNT Championship.

For this reason, it’s almost a forgone conclusion that the two women could soon collide in VanZant’s potential in-ring debut.

(If you use quotes from this article, please give a H / T to Sportskeeda Wrestling and credit Throwing Down with Renee and Miesha podcast)

Q. Do you want to see Paige VanZant face Tay Conti in her debut match?