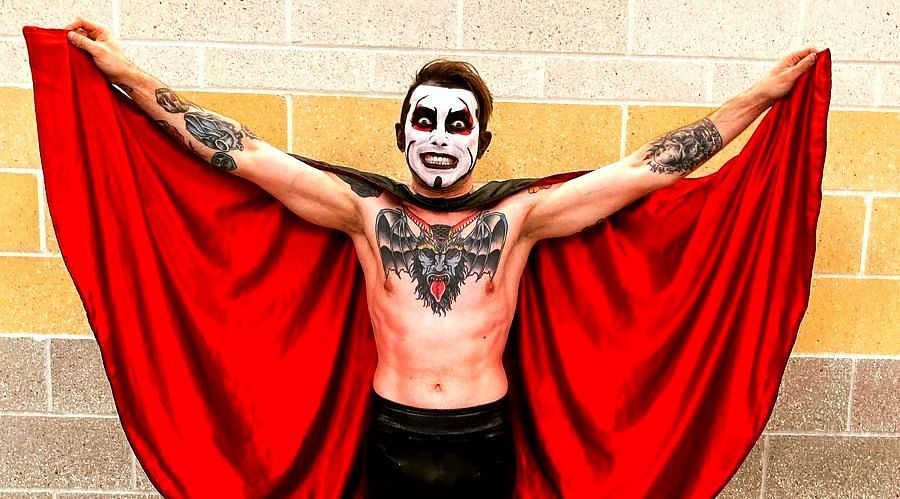 In AEW, there are several wrestlers who provide comedy relief from time to time, but perhaps no one does it quite as effectively as the oddly eccentric Danhausen.

When AEW signed Danhasuen, there were many questions in the minds of fans and observers. How would the act of ‘Mr. Very Nice, Very Evil ‘fit into Tony Khan’s concept of a wrestling company based on competition? Would Danhausen be an active wrestler or just a character on the show? How were they going to reconcile his persona with the purpose of the promotion?

Luckily, Khan has realized that less is more when it comes to the Danhausen act. He’s been more or less used in short surprise appearances during other wrestlers’ matches or in their backstage vignettes. Usually to put his curse on them.

Danhausen has a place in AEW, but it’s currently evolving

Clearly, Danhausen is not everyone’s cup of tea. Hard-liners will tell you that his actions are ridiculous and that they have no place in professional wrestling. However, he has emerged in an era when even the biggest sports entertainment company in the world is resorting to cinematic matches and zombies attacking a wrestler in the ring.

So, in the overall scheme of things, Danhausen’s actions aren’t really all that bad.

Mr. Very Nice, Very Evil has tapped into some weird world that can capture a fan’s imagination. Is his persona completely out of this world? Absolutely. But that’s also why it’s hard to look away when he’s on television. You have to stick around to see what type of hijinks that he produces next.

He’s now in a somewhat twisted storyline with rookie sensation Hook, as they have had a few face-to-face confrontations, with Danhausen unable to put his curse on the undaunted young star.

However, the two joined forces to fend off an attack from Tony Nese on this week’s Rampage. That prompted the crowd to chant ‘Hookhausen’ – encouraging the pair to team up. Hook pushed his way past The Weird One and exited the ring, making it clear that a union between the two isn’t going to happen anytime soon.

Danhausen brings a complete confidence in his character, and that’s why he is an asset to AEW. While he will likely never be a World or TNT Champion, he provides something different for their programming, and it’s being done within the confines of being funny without the nonsense going too far.

For his part, Danhausen has no reason to change. He’s been catapulted to a high level in the professional wrestling industry by first growing through the cult-like dedication of his hardcore fans.

He is, without a doubt, an anomaly, but that does not seem to bother Mr. Very Nice, Very Evil that much at all. So let’s just sit back and watch him do his thing,

Or else? You will be cursed.

What do you think of Danhausen’s time in AEW? Do you like his use of comedy or would you rather not see it on Dynamite and Rampage? Please share your thoughts and opinions in the comments section below.

Could 2 ex WWE stars who’re currently in a relationship team up in another company? Find out here.

Q. Are you a fan of Danhausen?