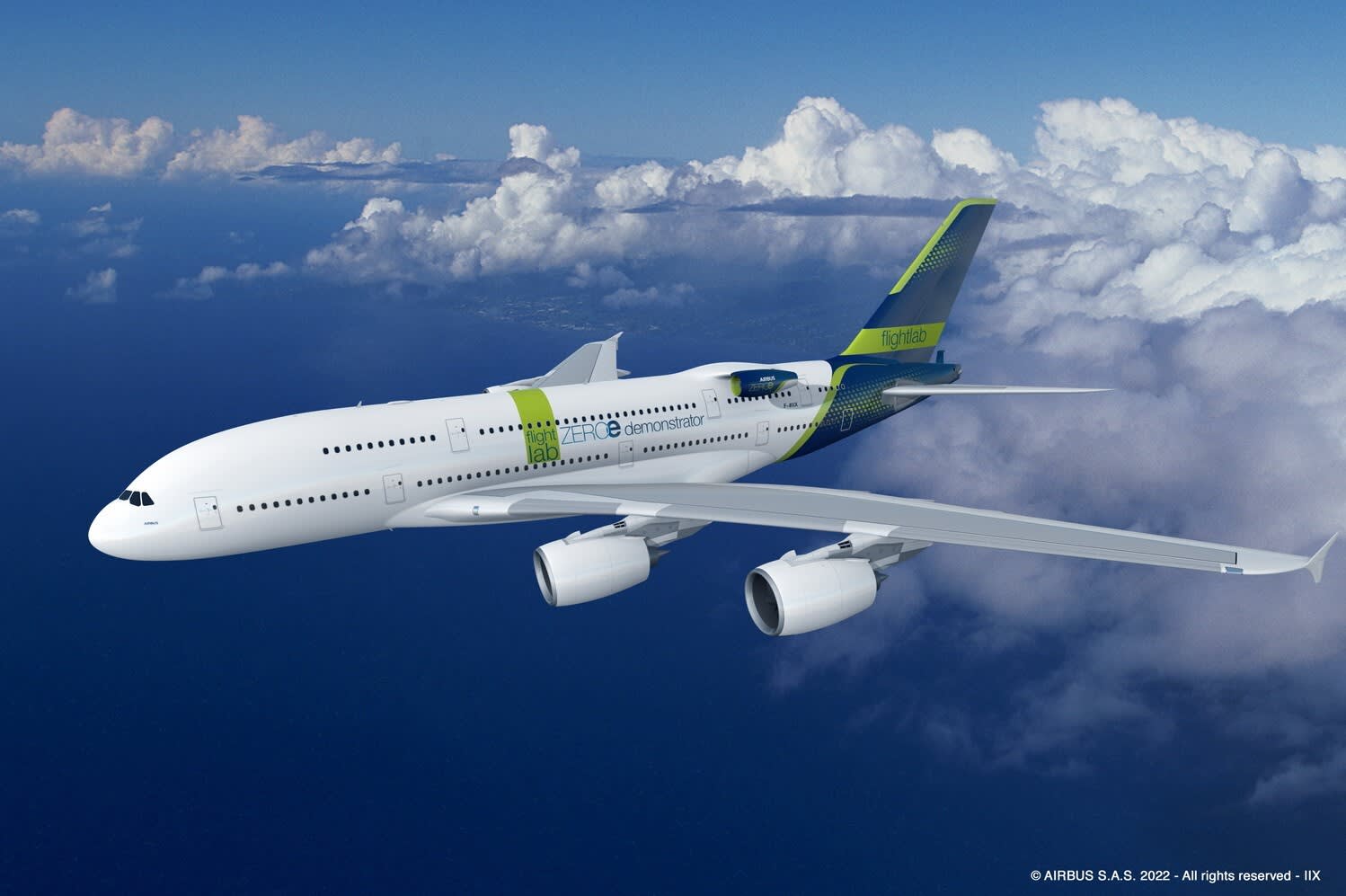 Airbus said it plans to test a hydrogen-powered engine on a modified A380 by the middle of the decade, in hopes of bringing lower-emissions fuels to commercial air travel.

The European aircraft giant said Tuesday that it’s working with engine-maker CFM International – a joint venture of General Electric’s aviation arm and France’s Safran – on the test plane, which will include a modified version of an engine already in use that will have to handle higher temperatures at which hydrogen burns. Test flights could begin in 2026, Airbus said.

Aircraft manufacturers and airlines are scrambling to slash their carbon emissions, which account for more than 2% of the world’s total. Airbus has aggressively pursued hydrogen and said it is working on a passenger aircraft powered by the fuel that it expects will enter service in 2035.

Rival Boeing has focused on more sustainable aviation fuels, which currently make up less than 1% of the jet-fuel supply and are more expensive than conventional jet fuel. CEO Dave Calhoun said at an investor conference last June that he did not expect a hydrogen-powered plane on “the scale of airplanes that we’re referring to” before 2050.

“It will work for some very small packages,” he said.

One big challenge in using hydrogen fuel is that storing it would require additional equipment that adds weight to the aircraft, reducing the number of people or amount of cargo that a plane could carry, said Richard Aboulafia, managing director at Aerodynamic Advisory, an aviation consulting firm.

“Hydrogen is what happens when engineers and economists do not talk to each other,” he said.

Airbus said it selected its A380, the world’s largest passenger plane, because it had room to store the liquid hydrogen tanks and other equipment.