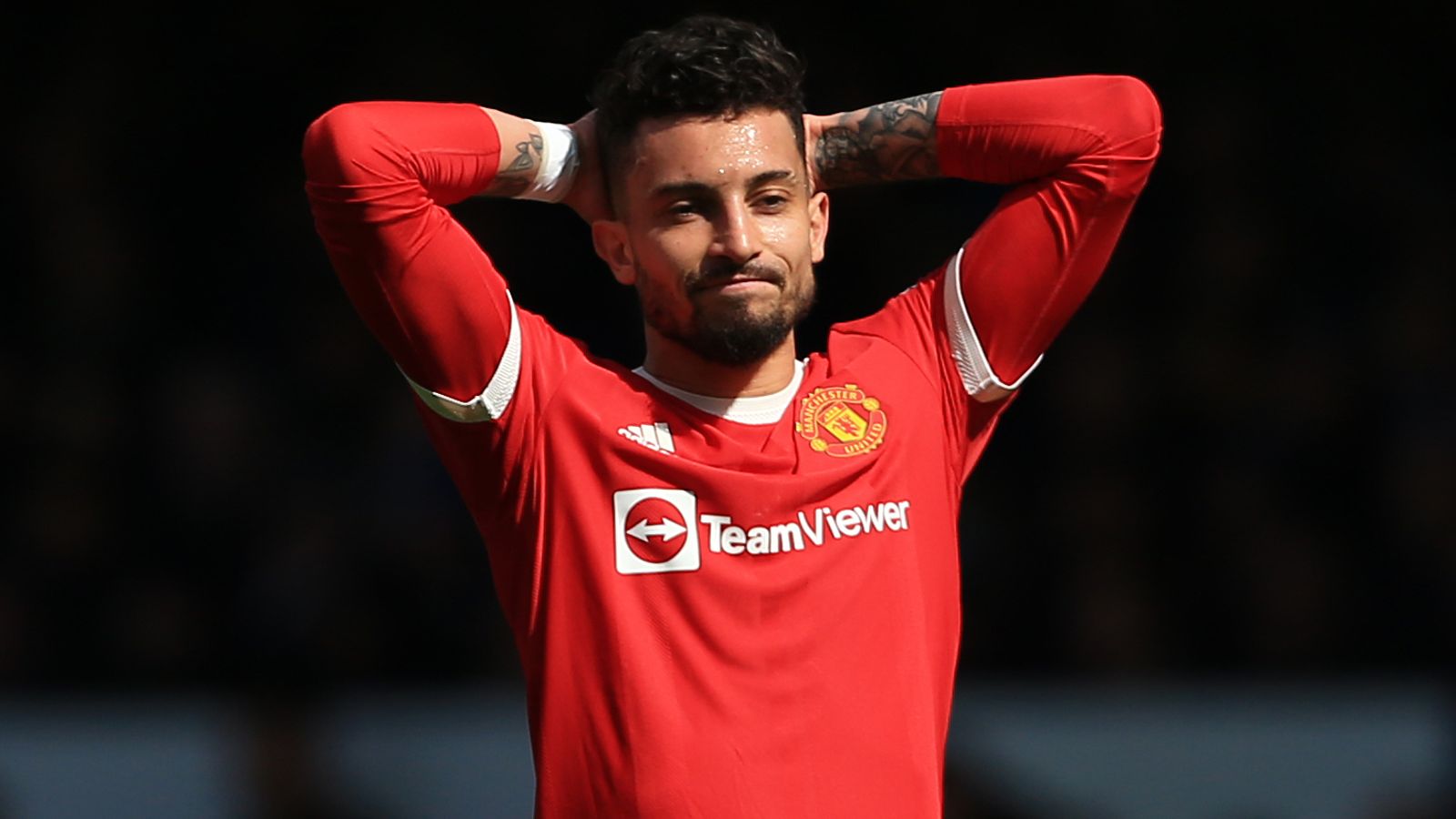 Alex Telles feels his Manchester United team-mates cannot get distracted by reports Erik ten Hag is on the verge of becoming the club’s new permanent manager, as correcting the current campaign is more important than what happens next season.

Only the formalities remain before the Ajax boss is confirmed as Ralf Rangnick’s successor, ousting Mauricio Pochettino for the Old Trafford job.

The noise around the impending appointment has been relentless, but Telles rejected the idea it has played a part in United’s terrible form, which saw them suffer a third defeat in five matches against relegation-battling Everton.

FREE TO WATCH: Highlights from Everton’s win against Manchester United in the Premier League

“No, I do not think it influences us because we know what we have to do,” he told Sky Sports. “There are people at the club working on the new manager – but that’s for next season. And next season depends on what we do in these remaining games, so we need to stay focused.

There is a swell of negativity surrounding United given their Champions League aims are on the ropes, with supporter group The 1958 calling for an anti-Glazer protest outside Old Trafford ahead of Saturday’s hosting of Norwich.

The club’s ownership is not the sole target of disapproval, with the squad heavily lambasted on account of underwhelming displays and stories being leaked that promote division.

But Telles insists the external view of the team is not aligned with his reality. “Everyone in the dressing room really wants to win,” the left-back said.

“No player at this club does not have this desire. We know about our responsibilities – we have families, we have dreams, we have objectives.

“We want to do the work, not talk and turn this situation around. We know the quality we have, we know the expectation the fans and the club have of us and we need to be prepared to do our best to change things for the better. “

United, six points off Tottenham in fourth spot, have an unforgiving fixture list as they seek to salvage the season. Showdowns with Liverpool, Arsenal and Chelsea color an arduous task, but Telles refuses to relinquish the conclusion of Champions League qualification.

“If I did not believe we can still rescue the season then I should not be here,” he said.

“We know the duty we have to meet our objectives. We can not think of the games further ahead, we have a ‘final’ against Norwich in front of us first.”

In identifying how United can correct course, Telles offered: “We need more consistency. We’ve started games really well, but there are moments where the opponents have been on top and then we’ve lacked solidity, which has affected results. We need to keep it up for 90 minutes.

“We know how quickly things can change in football and the team that concentrates best and really focuses will be successful. So it’s a case of improving our solidity and being compact.”

Telles is due to be a core cog in achieving that with Luke Shaw potentially out for the season as his recovery process from an operation to remove metal bolts in his leg lags.

The Brazil international had recently been preferred to his counter-part and is benefitting from having rhythm. “The more games you play, the more comfortable you feel and that you’re truly part of the team. I am in a good moment and now it’s about helping the team try to win every game from here.”

Analysis: Man Utd exposure like nothing Ten Hag will have experienced

“Manchester United’s interest in Erik ten Hag will come as no surprise given his status as one of the most progressive coaches in Europe, and his long links to their managerial vacancy.

“The 52-year-old has had admirers at Old Trafford stretching back to 2018/19, when his Ajax side knocked out Real Madrid in the last 16 of the Champions League, before then stunning Juventus and only being denied a place in the final after Lucas Moura’s last-minute goal for Mauricio Pochettino’s Tottenham.

“Ten Hag is a popular choice to take charge at Old Trafford and represents what is seen as a” fresh, exciting future “, although there is an acceptance risk involved as it would be a sizeable leap for him.

“The expectations, global glare placed on United, and level of competition at the top end of the Premier League is like nothing he would have previously experienced.”

The making of Erik ten Hag

“Erik ten Hag will go to Manchester United as an outsider tasked with implementing cultural change at one of the world’s most famous clubs. But that is a job that he has done before.

“At Ajax, they mocked his accent. He was a Tukker – a man from the east of the country, a region known for a down-to-earth approach. There were those in sophisticated Amsterdam who did not believe the great Ajax had anything to learn from him.They were wrong.

“Two domestic doubles and one kick away from a Champions League final later and there is an acceptance Ten Hag has brought some of the best football that Ajax has seen in years. His methods have delivered success, his manner has won over the doubters.”