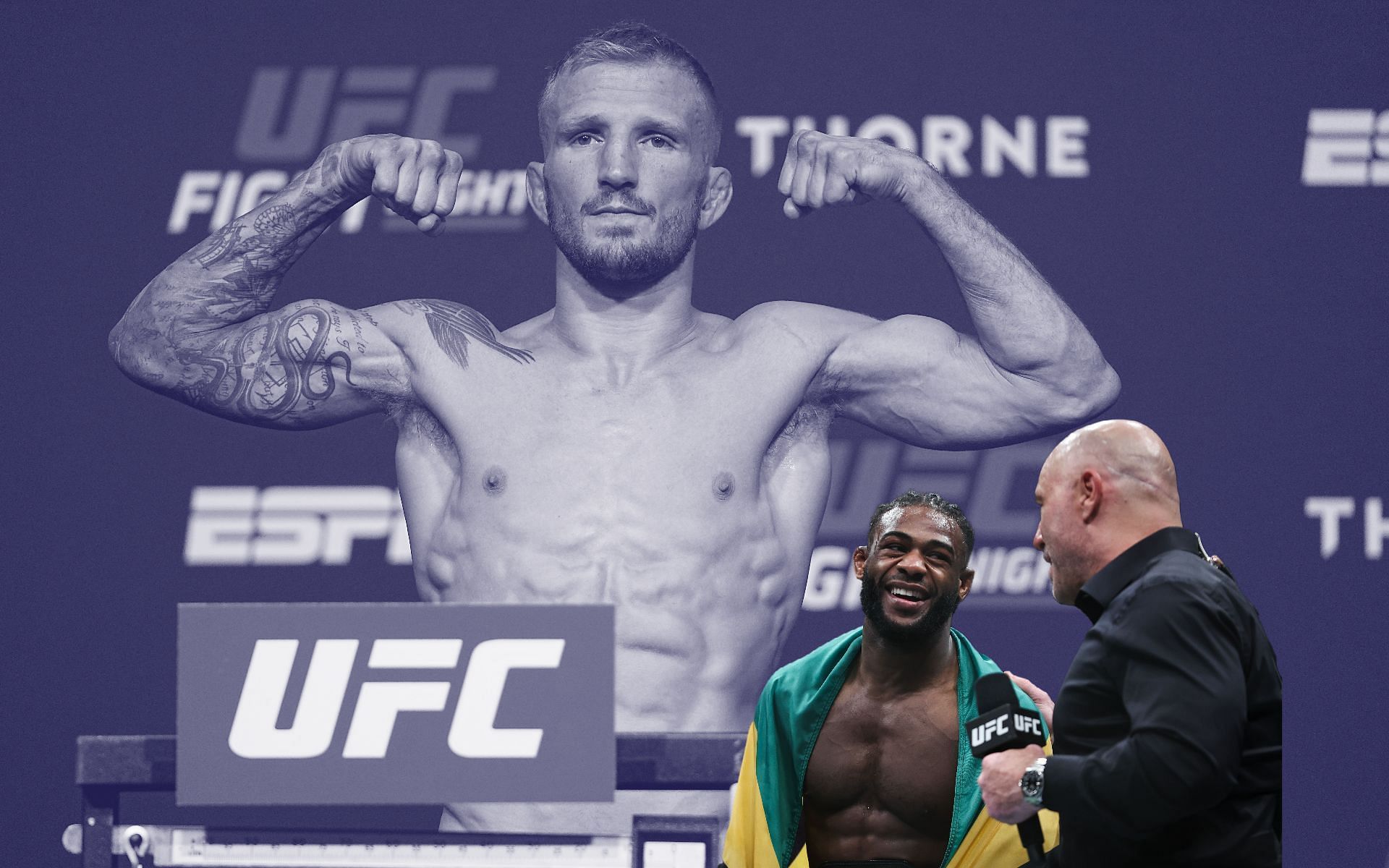 Aljamain Sterling has a lot of options when it comes to his next bantamweight title defense, and he believes TJ Dillashaw is the easiest of the bunch.

Sterling is coming off a close split decision win over interim bantamweight champ Petr Yan. And while Yan has asked the UFC to grant him an immediate rematch, it sounds like the promotion wants to move forward for now onto new challengers. In Sterling’s mind, that leaves two options: TJ Dillashaw or Jose Aldo.

In a video uploaded to Aljamain Sterling’s Instagram, he declares Dillashaw would be his easiest option. He said:

“I feel like the easiest of all three is TJ Dillashaw, if I’m being one hundred percent honest. And I do not want to say easy like disrespectfully. Like easy like in terms of my style versus his, I think I would have more success against him than the other two. But that’s just my personal opinion. He keeps telling me I’m easy money. I’m just … I do not see how. Like, you had a stand-up war that you lost to Cory Sandhagen. You took him down and did absolutely zero. They said I did nothing with my takedowns? This guy did absolutely zero with those takedowns. He got knocked out by Henry Cejudo then got suspended. “

TJ Dillashaw won the bantamweight title in November 2017 and defended it once before a failed attempt to drop down and win the flyweight title from Henry Cejudo. Soon after that defeat USADA announced Dillashaw had tested positive for EPO and was being stripped of his title.

A knee injury following his split decision win over Cory Sandhagen has kept Dillashaw on the sidelines, but he still appears to be the number one contender in the UFC’s eyes.

In a recent video posted to his YouTube page, Aljamain Sterling suggested the UFC might pick Jose Aldo over TJ Dillashaw for his next title defense. He said:

“Aldo is on a much more impressive streak than TJ, so I could see the UFC reverting back to him.”

“@funkmasterMMA u said I would be next on merit and I’m here accepting your challenge, @danawhite send me the contract soon before he changes his mind !!”

@funkmasterMMA u said I would be next on merit and I’m here accepting your challenge, @danawhite send me the contract soon before he changes his mind !!

@funkmasterMMA u said I would be next on merit and I’m here accepting your challenge, @danawhite send me the contract soon before he changes his mind !!