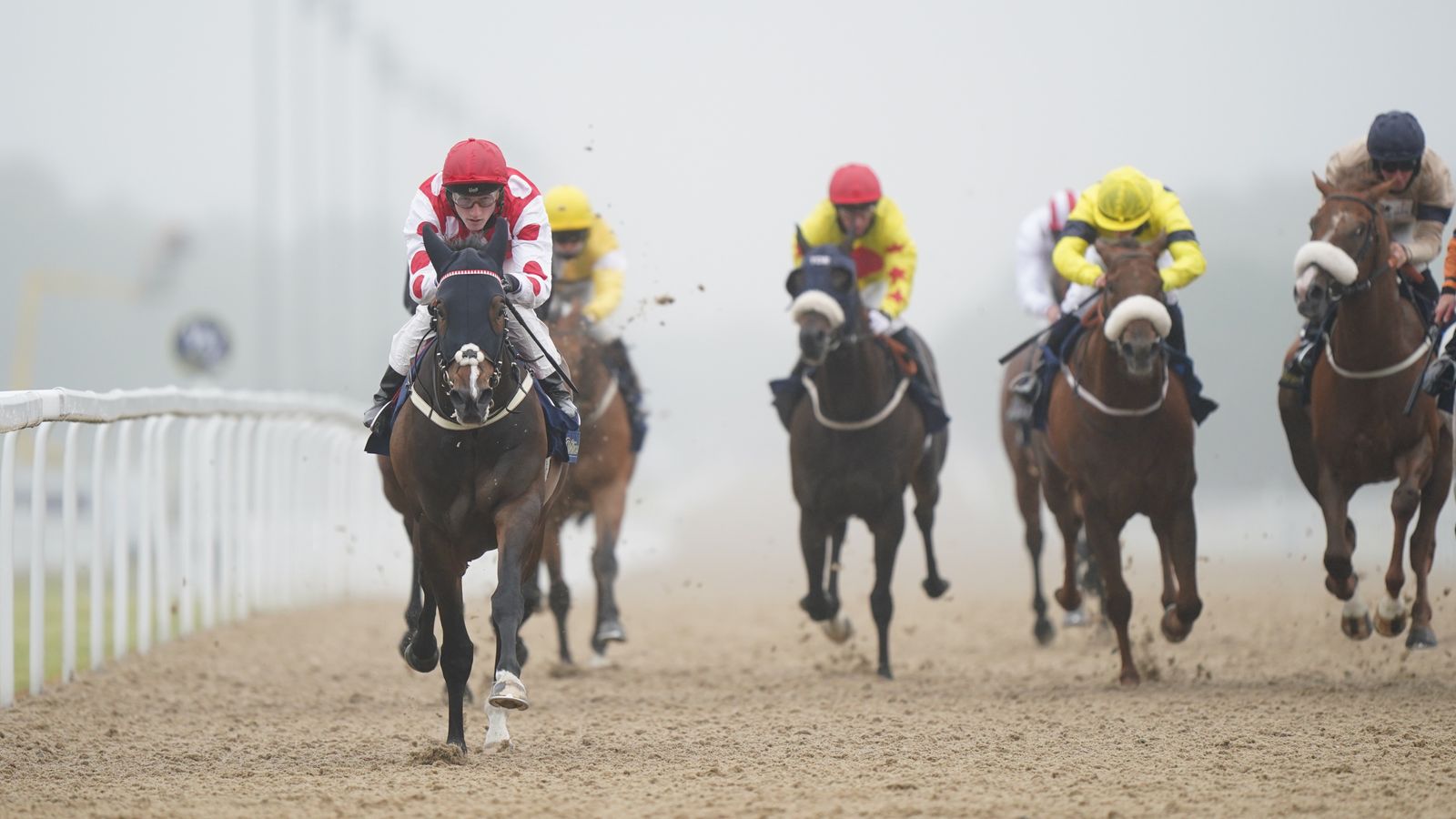 The quality is tremendous across just about all of the races and the top protagonists, in terms of the leading trainers and jockeys, are all taking this very seriously.

This season could well be seen as better than most and this year’s Finals being moved to Newcastle is a big plus.

Nothing against Lingfield, who have done a fantastic job staging the Finals since day one, but Newcastle offers a level playing field, whereas at Lingfield you are somewhat hostage to fortune with the draw. There should be no hard luck stories come Friday …

He ran a fair race in the Group One Dubai Turf when sixth having always been on the back foot.

He oozed quality in the qualifier at Southwell and got well on top in the end. It was a satisfactory return and he goes to Newcastle as the one to beat.

He is the main danger and has been progressive. You can forget the last run at Wolverhampton when he was beaten by a really trick draw.

He can be seen in a much better light on this straight track.

I’ve got a feeling that Joseph O’Brien’s horse is going to run well. He has posted some pretty good figures out in Doha and then won in commanding style at Dundalk last time.

He’s been around the block a bit but is a very solid 105-rated horse. Joseph will not be bringing him over for a day trip.

He won a pretty decent race at Kempton last time and certainly impressed the handicapper who has given him a hike in the ratings to a lofty 112.

He could still be a sprinter on the up but this will be a really good test of his progress. I am pretty sure he will enjoy the test at Newcastle and has won there before.

He is one of three in the race for Karl Burke and the one they all have to beat. In the Kachy Stakes he came from a long way back to win, setting the turbos alight to get on top late.

I think he’ll be much more suited by the straight track at Newcastle and will eke out his stamina.

It’s very difficult to know which Volatile Analyst will turn up. He was on his A-game at Doncaster when fit from the All-Weather.

Callum Rodriguez [jockey] knows him really well and I would not expect to see too much of him too early in the race but he can get amongst them inside the final furlong.

He is almost certainly going to be favorite on the back of a nice Conditions race win over course and distance and in the Spring Cup at Lingfield.

He likes to be ridden from the front and I just wonder if trying to make the running is going to be more difficult at Newcastle. He could get into a speed duel with Space Cowboy.

He has won twice at Newcastle already, once over six furlongs and once over seven. Although he has a bit of work to do on paper, he is more than capable of matching the likes of Space Cowboy spirit El Caballo.

It is a serious climb to the line at Newcastle and Tiber Flow has that ability to stay further. There could be some great stories on Friday and if she wins it will be one of them, having started from a mark of 67 and gone through the rankings.

She looked very impressive when beating Whittle Le Woods at this track a couple of starts ago and that horse has gone on to win twice since.

You can completely forgive her the defeat in the Listed race at Wolverhampton last time because she had an awfully wide trip that day.

Her last run was over five furlongs and she just needed that to qualify for Finals Day. On the face of it, she still ran a really strong race.

She did not run that badly in the Listed race that Internationalangel contested prior to that but she was a bit disappointing in the qualifier at Chelmsford on her reappearance. She got taken on for the lead that day by Arousingwhich did not seem to suit, and similar could happen again here.

He beat Earlofthecotswolds in a qualifier at Kempton and did it fairly convincingly. He comes back off a bit of a break now and this horse has a tendency to be a bit fresh so that could count against him.

This could be the story of all stories. Grand National and Gold Cup-winning trainer Nigel Twiston-Davies is clearly enjoying this horse’s journey.

He is well worth his rating of 103 and is progressing all the time. I think he’s got a big chance of overturning the form with Sleeping Lion.

He has got a bit of work to do on ratings but could tough it out. Andrew Balding has won this twice in the past so knows how to do it. He’s got the right attitude and has David Probert in the saddle, which is a big plus.

He’s a relatively inexperienced horse, with only one run at the trip when he had an impossible task following a nightmare passage at Kempton last time.

He’s won three times at Newcastle over the mile and is a big, strong unit. He does not quicken but he lengthens so for that reason I think one-mile-and-two-furlongs could play to his strength.

If he does win he’ll be the lowest-rated winner of the race but he’s on 99 with an upward curve. He’s always looked a quality horse and has a nice attitude to this racing. I wonder if Roger [Varian, trainer] has sensed an opportunity to win what is usually a much more competitive race.

Sometimes long lay-offs can be a bit of a blessing, giving them time to mature, and clearly this horse has. He’s only had 13 career starts but there’s no doubt Charlie and Mark Johnston have got him on the improve.

He finished third in the Winter Derby Trial behind Fancy Man, who is conspicuous by his absence in the line-up here. The track probably did not play to his strengths at Lingfield and then he went to Kempton and won the Magnolia Stakes in pretty good style.

He’s got the ability to draw the stamina out of the rest of these as he stays further and is a relentless galloper. If Joe Fanning chooses to make the running on him, he could be hard to peg back. I think this horse could be the one to beat and is value at 5/1.

I think we can totally ignore his run in the Lincoln and he’s better judged on previous form on the All-Weather. He ran really well in the Lincoln trial at Wolverhampton, without quite winning.

On the balance of his form, while he is a tough warrior, he is probably going to come up a little short.