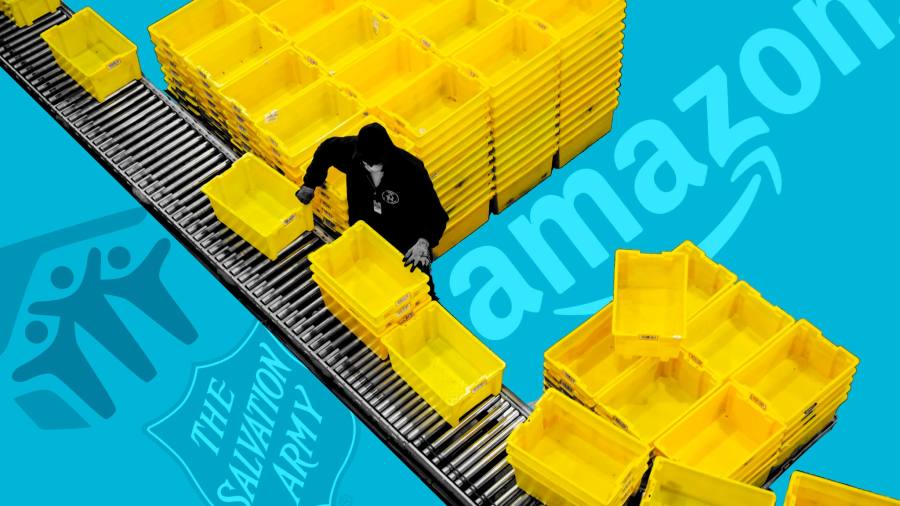 Amazon plans to expand a scheme to send injured US warehouse staff to non-profit groups, such as homeless shelters, kitchens and charity shops, in what workers’ rights advocates argue is an effort to mask a safety crisis at the company.

The program, which covers at least 250 Amazon locations in 33 US states, enables Amazon to send fewer workers home sick – despite them potentially not being fit enough to work in an available job at one of its own facilities.

Workers involved in the Amazon Community Together scheme are considered to be on “light duty” and remain on full pay. Staff have been sent to groups such as the Salvation Army, Habitat for Humanity and the homelessness charity Help of Southern Nevada.

However, the effort also allows the $ 1.6tn company to reduce its Lost Time Incident Rate (LTIR) – a politically-sensitive measure that highlights the number of more severe incidents at its facilities. The most common injuries, according to Amazon, are musculoskeletal disorders, such as carpal tunnel syndrome, tendinitis, muscle strains and lower back injuries.

More than 10,000 Amazon workers have been placed at non-profits since Amazon Community Together launched in June 2016. It was scaled back during the pandemic and is now starting to increase again with over 1,000 workers in the program since mid-2021. There are currently 100 workers at non-profit groups through the scheme.

Amazon recently set out an “aggressive geographic and use case expansion” for the program, according to several job postings. One role for a senior software engineer detailed how the company wished to create an automated in-house system for matching hurt workers with appropriate external positions.

Reducing its rate of serious injury has become imperative at the company, with conditions at Amazon’s warehouses attracting the attention of regulators and lawmakers and providing added fuel to efforts to unionize at several facilities around the US.

Amazon said the scheme was an effective way of helping employees get back to work more quickly and allowed them to retain their full salary, rather than be put on workers’ compensation benefits, which generally only cover a portion of a person’s typical income.

“The program is voluntary,” said Amazon spokeswoman Lisa Campos. “And the feedback we hear from participating employees and local non-profits is overwhelmingly positive.”

“It can create a good social environment for people,” said Eric Frumin from the Strategic Organizing Center (SOC). “But it can be highly abusive because the job could be contributing to the recurrence of the injury, or preventing recovery.”

As Amazon’s workforce has grown to more than 1.5mn globally, it has faced accusations that its pace of work – credited with giving its delivery speeds a competitive edge – is too fast to be healthy for many of its workers.

There were 34,001 serious injuries at US Amazon facilities in 2021, an increase of 36 per cent on 2020, according to analysis by SOC based on figures submitted to regulators by Amazon.

Using the figures, the trade union-backed SOC defined a serious injury as any that prevented the worker from doing their typical job. At Amazon, the rate of serious injury in 2021 was 6.8 per 100 workers, compared to 3.3 for all other employers in the warehouse industry. Amazon chief executive Andy Jassy has called the comparison “misunderstood”.

In January, Amazon published its own report detailing statistics from the previous year, touting a 49 percent drop in its US worker LTIR in 2020 compared to 2019. The company credited investments in safety technology, training and monitoring for the reduction. However, the report did not mention a rise in the number of light duty cases, which had gone up by 22 per cent during that time.

“This indicates that many workers who experienced an injury they would have been sent home for in 2019 were placed on light duty in 2020,” said Patrick Young, an independent researcher specializing in health and safety at Amazon. Amazon declined to comment.

Shifting a greater number of workers from the LTIR category into light duty has been a priority at Amazon for several years.

An August 2019 memo from one Amazon safety executive, first reported by the Center for Investigative Reporting, outlined how finding more alternative light duty roles for those injured had “the potential to reduce Lost Time Injuries and workers’ compensation costs by 70 per cent”.

The vast majority of light duty roles are found within Amazon’s facilities, and can include cleaning or monitoring social distancing. But as the workforce grows, finding enough suitable jobs for injured workers in Amazon’s own facilities has proved to be a challenge.

“There’s not a lot of sedentary work in the facilities,” said one former senior manager with direct knowledge of the light duty policy. “If someone had limitations to their ability to walk or stand for a significant period of time, it was a huge barrier.”

The scheme is one method of tackling that issue. The company has not provided details on the program, other than a brief passage in its injury report that said Amazon Community Together had “donated” more than 1mn hours of manpower. In January 2020, in a letter to US senators who had expressed concerns about the company’s safety record, Amazon’s vice president of public policy Brian Huseman described the scheme as “innovative”.

Amazon declined to share a list of its charitable partners, but said there were 400 across the US that were all registered charities.

According to people familiar with the program, Amazon workers sent to the Salvation Army were put to work in kitchens or prepared backpacks filled with donated school equipment. At one Salvation Army location in Pennsylvania, one Amazon worker decorated the facility’s wall with a mural.

“They were here for many, many hours,” a local Salvation Army manager said. “They helped us organize space in the food pantry, they helped us restock shelves – just an amazing amount of work.”

One Amazon worker on the scheme said his temporary employers at a non-profit had been welcoming. “Everyone at the store was very nice to me and treated me like one of their own,” the person said. “Because they would get a lot of injured people sent there.”

The debate is on over whether the US is in a recession, but Goldman Sachs' top energy analyst says one key indicator is not flashing warning signs: commodity markets. Jeff Currie, the firm's global head of commodities research, said that... 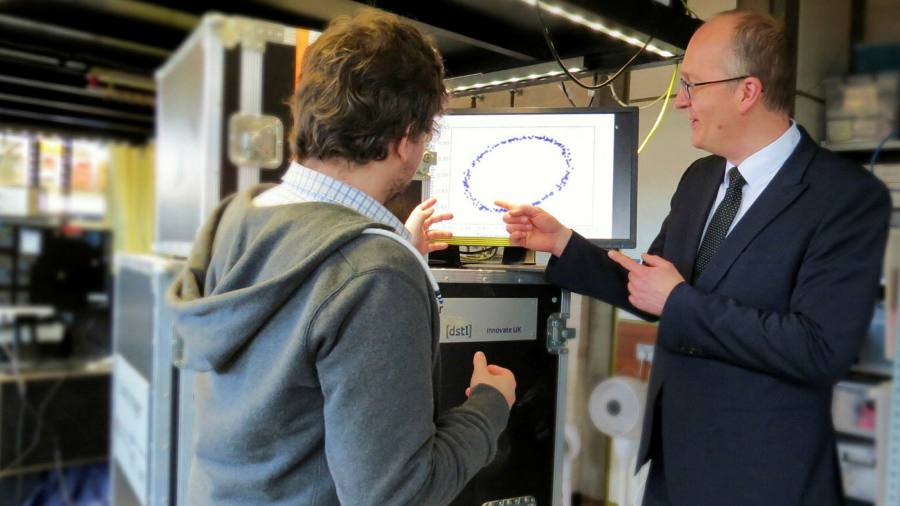 Quantum gravity sensor opens window into world beneath our feet

A groundbreaking advance in quantum technology has opened a new window into the world beneath our feet.Researchers at Birmingham University, working with industrial partners, have demonstrated what they say is the world's first quantum gravity sensor that works reliably in... 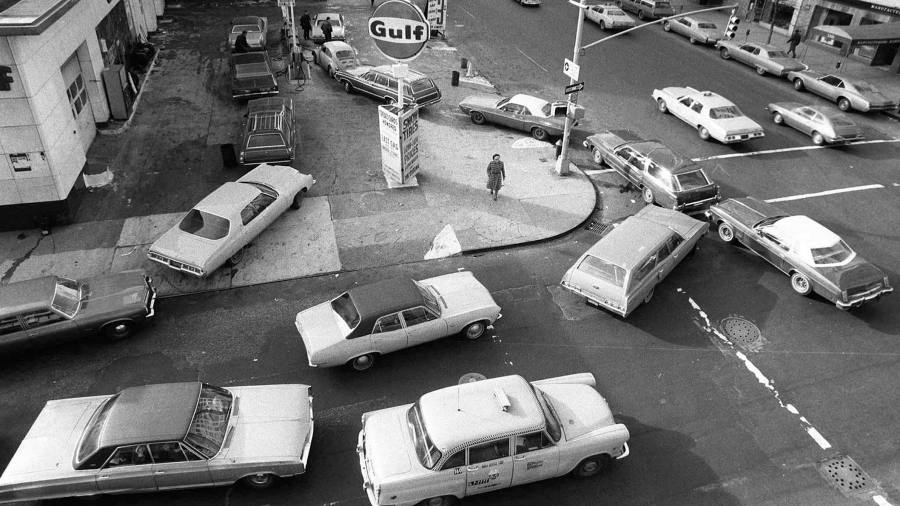 When it comes to inflation, it does not déjà vu all over again

The writer is global chief economist at Morgan StanleyEasy monetary policy, expansionary fiscal policy, rising inflation and then a surge in oil prices - it is very difficult to resist the temptation to draw parallels with the 1970s. I suggest,...