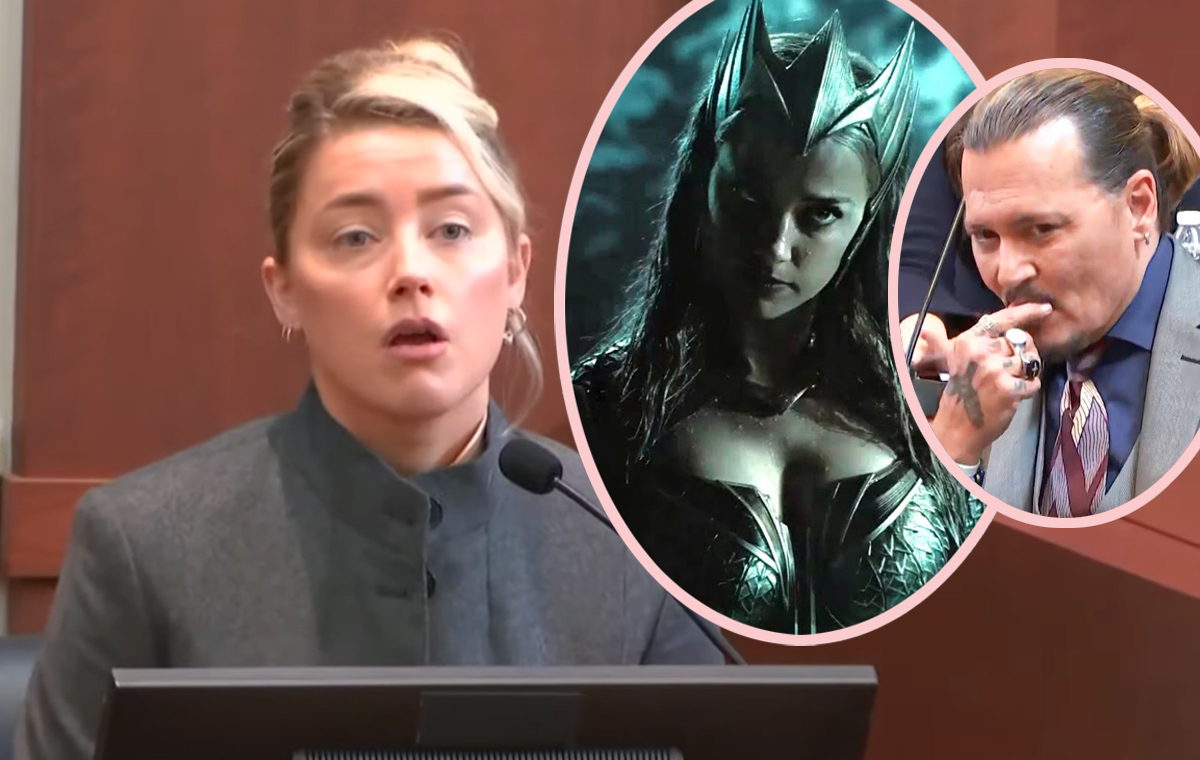 Well, how about that! A superhero movie rumor that’s actually true! What, was there a blood moon this weekend or something?

In part of her wild, wide-ranging testimony on Monday, Amber Heard confirmed a bit of news that came out a couple weeks ago. Inside sources had claimed that while the change.org petition to fire Amber from Aquaman 2 due to her “many incidents of domestic abuse” against Johnny Depp had not worked, it very nearly did.

Amber first explained how it was difficult for her to even score the role in 2017’s Justice League because of negative press against her due to the divorce. But she did get it, and it was a three-picture deal in which she got paid a lot more money each time. She got $ 1 million for Aquaman and $ 2 mil for Aquaman 2.

Related: Amber Says Abuse Op-Ed Was ‘Not About Johnny’… WHAAAA ???

But she nearly did not get that sequel money. She told the court she “fought really hard to stay in the movie” because the company “did not want to include me in the film.” She went on to say what was left of her role was “a very pared down version”:

“I was given a script and then given new versions of the script that had taken away scenes that had action in it, that depicted my character and another character – without giving any spoilers away – they’re two characters fighting with one another and they basically took a bunch out of my role. They just removed a bunch. ”

Wow. It sounds like YouTube film journalist Grace Randolph, who broke the story, was right! She said her source told her Mera had “less than 10 min of screentime” in the anticipated sequel. (As we understand it she’s still getting the $ 2 mil for that 10 mins tho…)

Of course, Amber does not think it was because of the public deciding for themselves that she was abusive based on the evidence. No, she still blames the so-called “smear campaign” by Johnny’s legal team, citing specifically her ex’s UK libel trial attorney Adam Waldman straight-up calling her abuse claims a “hoax” in 2020, saying she was weaponizing the #MeToo movement by using “fake sexual violence allegations as both a sword and shield.”

Sorry, but does she honestly think lawyers trash-talking changes minds? More than a tape in which she admits to hitting her husband? More than the reveal than she never gave the $ 7 million to charity that she claimed?

Nearly 4.2 MILLION fans have signed that petition to fire her at this point. And the majority of that has been during this trial, not that one.