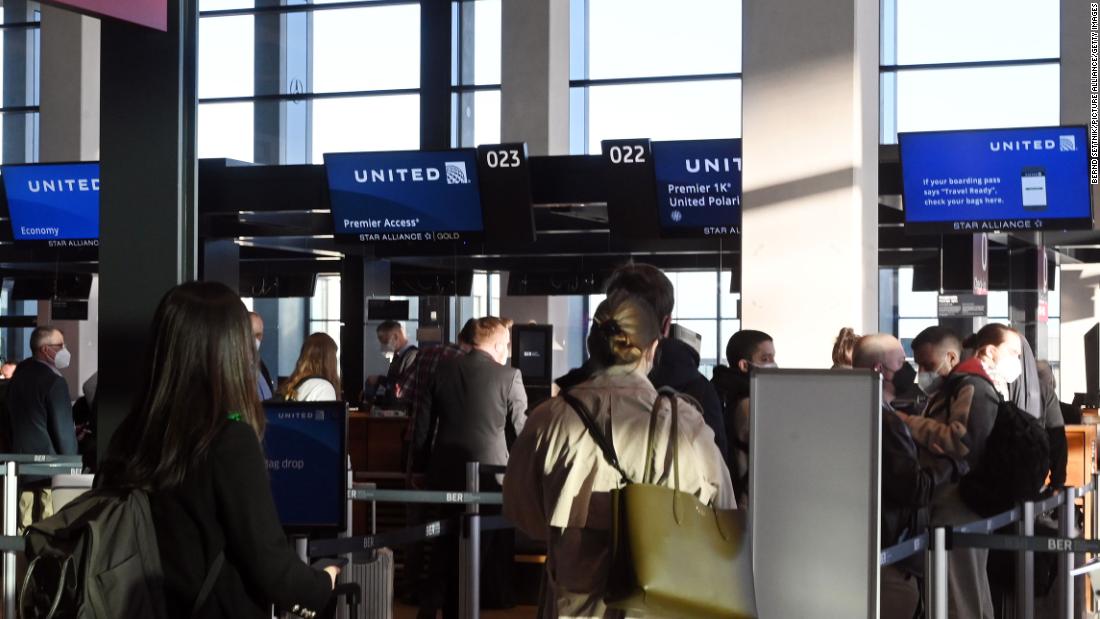 Both American and United reported first-quarter losses but expect to book record revenue in the current period, just two years removed from a near halt in air travel caused by the Covid-19 pandemic. American said its bookings and revenue in March were already the best month in the company’s history.

And both airlines expect to return to profitability in the second quarter, despite significantly higher fuel prices. Fuel is the second largest cost for airlines after employee compensation.

In the first three months of the year, airlines were still weighed down by surging Covid cases and rising jet fuel prices brought on by Russia’s invasion of Ukraine. The first quarter is traditionally the weakest for airlines, but the most recent losses were far smaller than a year ago thanks to stronger than expected revenue.

And revenues are about to get much, much stronger.

“In March, we saw what’s possible,” said Robert Isom, American’s new CEO. “With surging demand brought on by reduced infection rates, relaxed restrictions and tremendous pent-up demand for people to travel, demand is as strong as we’ve ever seen it.”

Sales are taking off again

Late Wednesday, United reported a loss of $ 1.4 billion in the first quarter, about $ 1 billion less than the loss it reported in the same period a year ago when special items, such as federal financial support, were excluded.

On Thursday, American also reported a loss of $ 1.5 billion, about $ 1.2 billion less from a year ago. It said that it was profitable in March, and that those profits should continue through the second quarter.

Both American and United reported first quarter revenue more than doubled compared to a year ago. American’s revenue rose 122% to $ 8.9 billion, and United’s was up 135% to $ 7.6 billion.

The second quarter, which starts with the spring travel season and ends with summer travel in full force, is expected to be much better.

The airlines’ first-quarter revenue is still below the same period of 2019, before the pandemic. But it was a very strong result given that there were still restrictions on international travel and business travel was not fully returned.

American estimates that corporate business travel was still only half of what it was before the pandemic, although they say bookings show that is rapidly improving as more businesses reopen offices. Isom said overall business travel is forecast to be 90% of pre-pandemic levels in the second quarter.

Unfortunately for customers, that means much fuller planes and higher fares.

The average per-mile airfare on United and American is about the same as it was in the first quarter of 2019.

Since business and international travel is still below pre-pandemic level, having overall average fares close to 2019 levels means that domestic leisure customers are paying more than they did, on average, than they did before the pandemic.

One reason revenue is expected to be so strong in the second quarter is leisure travelers trying to book the tickets they want for travel later in the year, before the fares go any higher.

“As we all well know after the last couple of years, a lot could change by the time the summer travel season arrives. But right now we’re on track for a busy – and pricey – season ahead,” said Philip Baggaley, the chief credit analyst for airlines at Standard & Poor’s, in a column for CNN Business.
But the bad news for airline passengers is good news for airline investors. Shares of American (EEL) rose 11% in premarket trading, with United (UAL) shares up 9%. And rivals Delta (VALLEY)which reported results last week and also forecast a second quarter return to profitability, and Southwest (LUV)which reports results next week, were both up more than 3%.