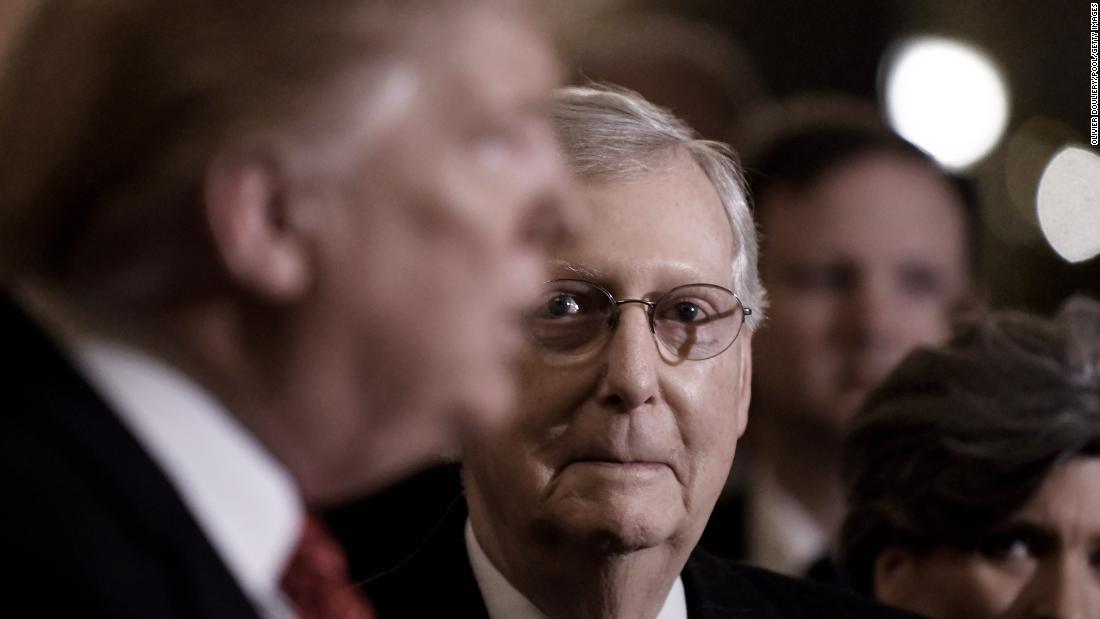 We now have definitive proof of that fact, thanks to a new excerpt published Thursday from the forthcoming book “This Will Not Pass” by New York Times reporters Alex Burns and Jonathan Martin.

“The Democrats are going to take care of the son of a bitch for us,” McConnell told two associates just days after the insurrection, referring to the effort to impeach Trump in the Democratic-led House, according to the Times’ reporters.

And of Trump’s guilt, McConnell was equally clear-eyed: “If this isn’t impeachable, I do not know what is,” he said. There was even talk that McConnell himself might vote to convict Trump in a Senate impeachment trial.

But as the days passed, McConnell’s position on Trump changed – to the point that when the Senate voted on whether to convict Trump in mid-February 2021, McConnell voted “no.”

So what changed McConnell’s mind? Did he conduct an analysis of Trump’s behavior that day and find evidence that exonerated the President? Nope!

“I did not get to be leader by voting with five people in the conference,” the Times’ reporters quote McConnell as telling a friend by way of explaining his change of heart.

On one level, McConnell is absolutely right. The way that you rise into leadership – in any party – is by successfully channeling the collective will of your colleagues. Charging at windmills is not the stuff of which successful leadership bids are made.

But there is a big difference between doing the things that can get you elected to leadership and being, you know, an actual leader.

Just a quick reminder of what happened at the Capitol on January 6: An armed mob stormed the building with the express purpose of disrupting the counting of the Electoral College votes. They did so because the sitting President of the United States at the time had, repeatedly and without any proof, told them that the 2020 election had been stolen.

Several people died as a result of that day. More than 100 police officers were injured. Roughly 750 people have been charged for their role in the riot.

This is not, in short, a debate over immigration or education policy. In those situations, it makes sense that McConnell would take the temperature of his fellow Republican senators before offering up his position.

But we are talking about an armed assault on the US Capitol here! This was – and is – a moment when real leadership is demanded. When political calculations about your standing in the Senate should go out the window because, well, democracy is literally being attacked right in front of you.

That’s not what McConnell did. Instead, he pulled back from his initial – and utterly justified – principled outrage over Trump’s actions (and inaction) because the majority of his party did not share his view.

That’s not leadership. It’s the opposite. And the abdication of leadership by McConnell, House Minority Leader Kevin McCarthy and others within the Republican Party are why Trump is stronger than ever today – as he continues to actively work to undermine the public’s confidence in American elections.