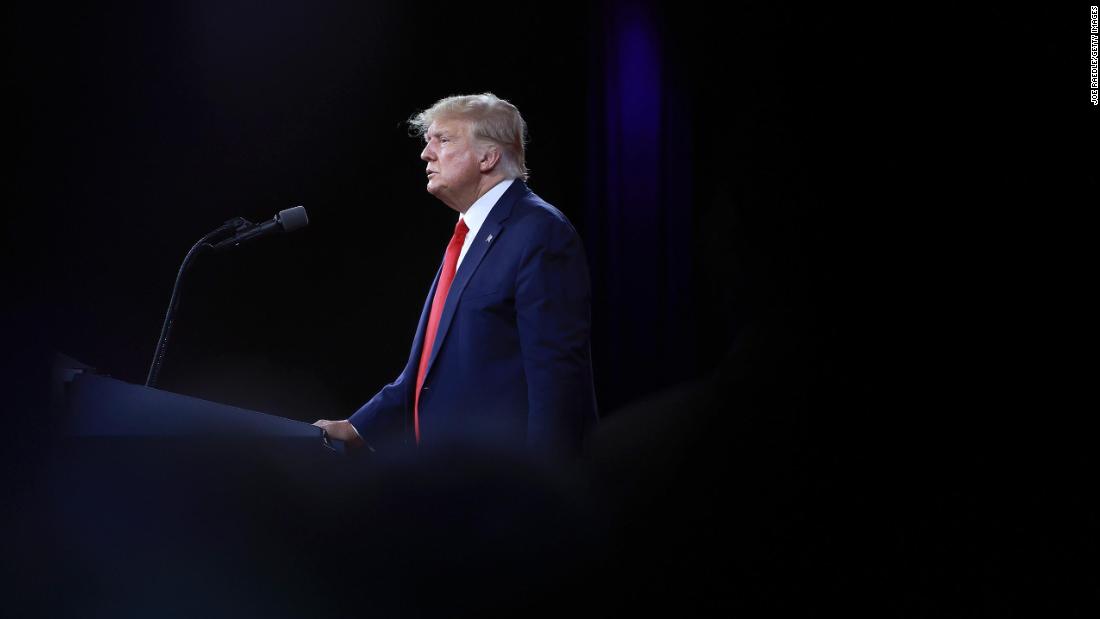 When Trump ran for president in 2016, his net worth sat at $ 4.5 billion. That number declined steadily during his time in office, all the way down to $ 2.1 billion in 2020. His wealth rose marginally, to $ 2.4 billion, in 2021, his first year out of office.
What accounts for Trump’s wealth surge? According to Forbes, it was the launch of Truth Social, the social media company being cast as a conservative alternative to Twitter. Wrote Forbes’ Dan Alexander:

“Donald Trump, master of reinvention, has a new title: tech entrepreneur. It’s a stretch for the 75-year-old, who does not even use email, preferring instead to scrawl notes in marker. But he does not mind jumping into ventures in which he has little previous experience — and this gig should prove far more lucrative than the presidency. In fact, it has already boosted his net worth by $ 430 million. “

None of that appears to matter to investors. Nor does the fact, apparently, that Digital World Acquisition Corp., the special purpose acquisition company that is set to take Truth Social public, is currently laboring under an investigation by the Securities and Exchange Commission. Shares in the stock have jumped from $ 10 to more than $ 56 as of the market close on Monday.

Trump has spent much of his life – and his presidency – exaggerating his wealth.

In a “Summary of Net Worth as of June 30, 2014” that Trump released when he announced his presidential bid in 2015, Trump claimed to be worth $ 8.7 billion. “I’m really rich,” Trump said at his campaign announcement that year. “I have total net worth of $ 8.73 billion. I’m not doing that to brag. I’m doing that to show that’s the kind of thinking our country needs.”

A month after that initial assessment, the Trump campaign put out a release touting that his net worth had already risen substantially.

“Real estate values ​​in New York City, San Francisco, Miami and many other places where he owns property have gone up considerably during this period of time,” claimed the release. “His debt is a very small percentage of value, and at very low interest rates. As of this date, Mr. Trump’s net worth is in excess of TEN BILLION DOLLARS.” (The ALL CAPS were in the original release because, well, it’s Trump.)

Trump also spent his presidency bemoaning the fact that being president was costing him money.

Pinpointing Trump’s exact wealth is extremely difficult due, in large part, to the fact that he refused to release any of his tax returns either while he was running for president or during his four years in office. Trump insisted that tax returns did a poor job of cataloging a person’s wealth, which is, um, not true.

Trump’s recent financial gains come at a fortuitous time for him. The New York Times reported in 2020 that Trump was personally responsible for $ 421 million in loans. Last month, Trump refinanced his mortgage on Trump Tower with a $ 100 million loan.
According to Forbes, Trump is now the 1,012th richest person in the world.