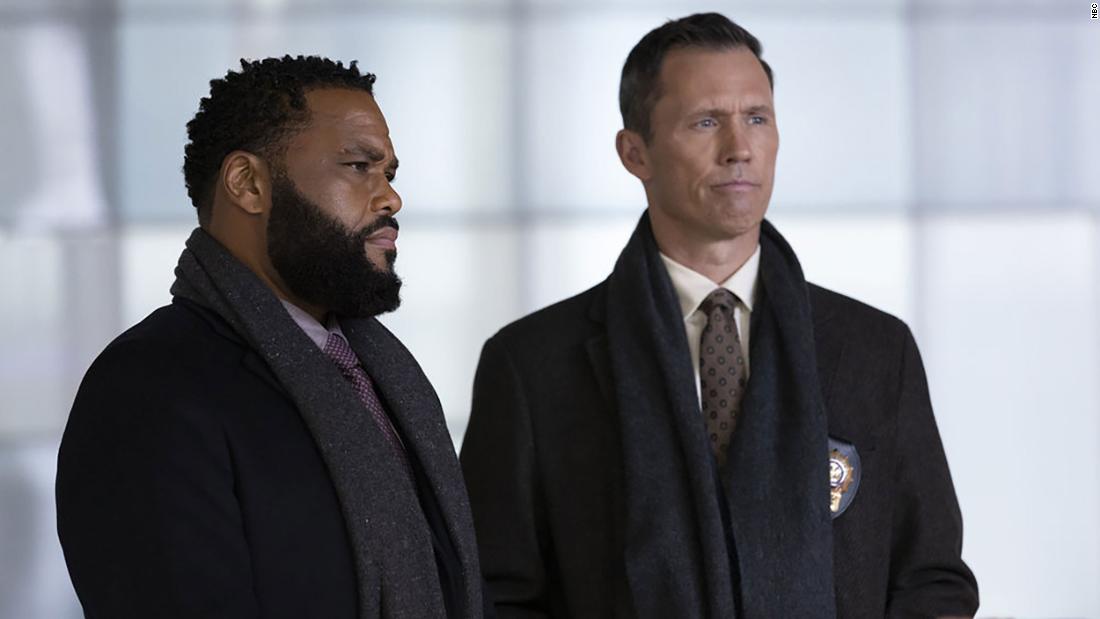 Between “The Tinder Swindler” (more on that later), “Inventing Anna” and the like, it’s easy to be conned into believing we are in a new era of crime stories.

Yet, as the saying goes, what’s old is new again – which is what leads this week’s newsletter.

“Law & Order” originally ended with Season 20 back in 2010, and, now, a dozen years later, it’s returning.
Season 21 premiered Thursday on NBC and will then reportedly be available the day after it airs on the Peacock and Hulu streaming services.

Anthony Anderson will reprise his role as Detective Kevin Bernard, as will Sam Waterston as District Attorney Jack McCoy.

Cheers for series creator Dick Wolf bringing it back.

Full disclosure: I’ve advocated on Twitter for the return of my favorite show in the franchise, “Law & Order: Criminal Intent,” and one of that show’s stars, Vincent D’Onofrio, tweeted me that he’s in if it happens.

Fans of the History channel’s “Vikings” are in for a treat.

Set 100 years after the events depicted in that series, “Vikings: Valhalla” dramatizes the battle between the Vikings and the English.

Anthony Anderson is everywhere this week.

The “Black-ish” star is hosting the NAACP Image Awards ceremony this weekend. Leading up to the event, the winners of some non-televised categories have already been announced. Will Smith won for outstanding literary work – biography / autobiography for “Will” – and Jemele Hill for her podcast “Jemele Hill Is Unbothered,” which won for both arts and entertainment and the society and culture podcast categories. (Hill has an upcoming show launching on CNN +.)

The NAACP Image Awards will air live on BET on Saturday at 8 pm ET.

Two things to listen to

Shout, shout, let it all out: Tears for Fears has a new album.

“The Tipping Point” has been in development for seven years and follows the band’s 2004 release, “Everybody Loves a Happy Ending.”

Roland Orzabal and Curt Smith make up the group and told GQ magazine their previous management wanted to modernize their sound.

“What they’re saying is’ We do not really trust you guys, you’ve made some good records, but c’mon, you’re not very contemporary. So we’re gonna put you with people who know how to make a modern hit, ‘”Orzabal said. “So we did that, and it was interesting, but it’s not how we work at our peak.”

A new manager, new label and new songs resulted in “The Tipping Point,” which debuted Friday.

This one is not as easily accessible, but I include it for the Kanye West fans.

For those still into his music, West has dropped his latest album, “Donda 2.”

Here’s the deal: West announced on his verified Instagram account that his latest would only be available on his handheld platform, the Stem Player. Which costs $ 200 to purchase.

“Today artists get just 12% of the money the industry makes,” the caption of West’s announcement stated. “It’s time to free music from this oppressive system. It’s time to take control and build our own.”

So, if you want to support West and his music mission or just be able to say you forked over a few hundred dollars to listen to the new album, have at it.

One thing to talk about

It’s so easy to judge other people’s relationships, is it?

I’ve been having discussions with different friends about the hit Netflix documentary “The Tinder Swindler,” and the overwhelming consensus has been the women were foolish to be taken in by a convicted con man who claimed to be an heir to a diamond industry fortune .

But speaking as someone who once purchased a broke ex-boyfriend a car, I get it.

Forgetting the fact that Simon Leviev, the subject of the doc, was squiring women around on a private jet and vacationing in some of the most luxurious spots in the world, the desire to believe in those who are closest to us is so strong that many of us have fallen for a lie or two (or three).

I feel bad for the women who accuse Leviev of bilking them out of hundreds of thousands of dollars (he denies it and says he was just on Tinder to meet women), because it’s a high price to pay for love.

Something to sip on

There is no quick fix to racial disparity.

Welcome to my understatement of a lifetime. I wrote about country music’s race issue a year ago in the wake of Morgan Wallen’s controversy after he was caught on camera using a racial slur.
I revisited where the genre is now, a year later, and suffice it to say, not much has changed.
Wallen’s career, which initially looked in danger of being “canceled,” has actually taken off. Mickey Guyton, country music’s most visible Black star, has both sung at the Super Bowl and made history as the first Black woman to host the Academy of Country Music Awards.

But the lack of diversity in the genre is still not being addressed on a large scale, industry experts tell me. And for all the praise Guyton won for her Super Bowl performance, she also has been bombarded with racist social media comments.

Music has the ability to bring people together. It’s a common ground that can move people, even in these shifting times.

Wallen has spoken out about his mistake and wanting to be a better person, saying during an interview published this week that he wants to be someone his young son “can be proud of.”

Would that country music might be as reflective about its artists and fans of color and how they could be better supported in the genre.

What did you like about today’s newsletter? What did we miss? Pop in to poplife@cnn.com and say hello!