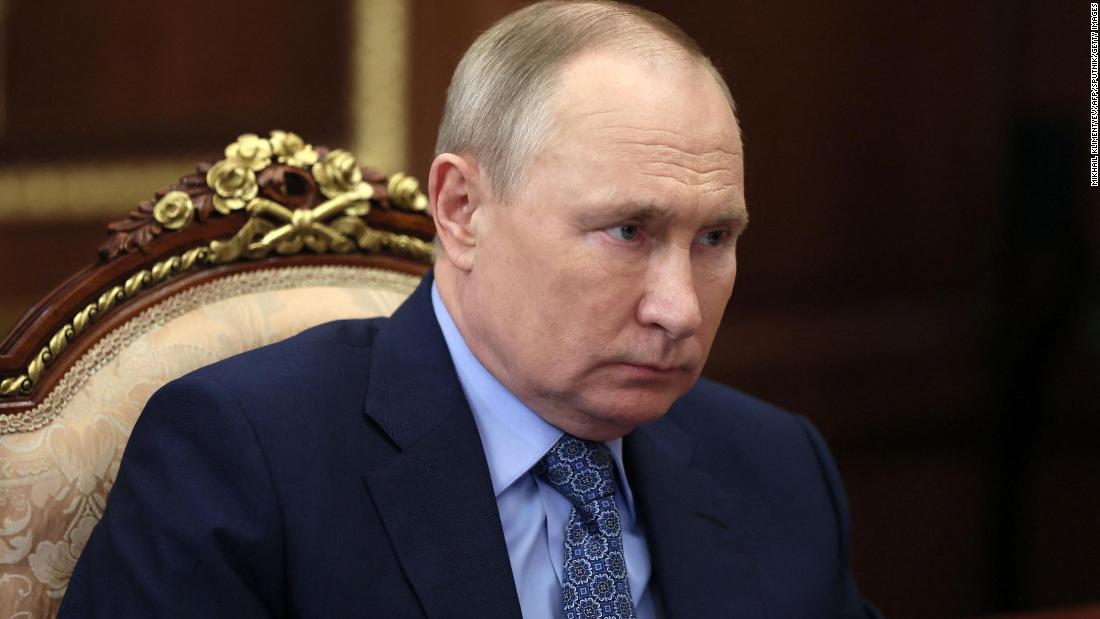 In remarks this week, Putin has shown no hint of introspection, spinning Russia’s pariah status on the international stage as a sort of victory.

Putin’s take? The pain inflicted on European energy consumers is a good thing, and Russia will find other markets.

“The refusal by a number of Western countries to engage in normal cooperation, including with Russian energy resources … is hitting millions of Europeans,” he said. “It’s sparked a real energy crisis. It’s being reflected also in the United States. Everywhere inflation, prices are rising.”

To be sure, Putin continued, “even we are encountering problems, but for us alternative opportunities, options, new windows of opportunity are opening up.”

That sort of glass-half-full message may be meant to reassure uneasy Russians. But Putin is also presenting a blithe confidence about how the war in Ukraine is going, despite massive setbacks in the effort to “denazify” Ukraine – the Kremlin leader’s ugly shorthand for overthrowing the democratically-elected government of Ukrainian President Volodymyr Zelensky and ending Ukrainian statehood as we know it.

On Tuesday, Putin paid a visit to the Vostochny Cosmodrome in the Russian Far East, where he had a Cosmonautics Day photo opportunity with his partner in autocracy, Belarusian President Alexander Lukashenko.

In remarks at the event, Putin dismissed widespread evidence of atrocities in the Ukrainian town of Bucha in the wake of the withdrawal of Russian troops, comparing them to “fake” reports about the use of chemical weapons in Syria by the regime of Syrian President Bashar al-Assad.

“There were provocations in Syria, when the use of chemical weapons by the Assad government was planted. Then it turned out that it was fake, the same fake is in Bucha,” he said.

Putin singing the fake-news refrain is not new. But the Russian President did signal something substantial, saying during the same event that peace talks with Ukraine had hit “a dead end” and vowing that he “will not stop military operations” in Ukraine until his campaign succeeds.

What Putin’s real measure of success is remains anyone’s guess.

Some observers – and Western officials – have suggested his generals have a plan to press a big offensive in Ukraine’s eastern Donbas region, so they can present some evidence of tangible progress on the battlefield to their leader ahead of May 9, when Russia observes the Victory Day holiday.

If that deadline is real, then the clock is definitely ticking for Putin’s commanders.

Whether negotiations are indeed at a dead end is another matter.

Following Putin’s remarks, Mykhailo Podolyak, adviser to the Head of the Office of the President of Ukraine and a lead negotiator in the Russia-Ukraine talks, countered that “negotiations are extremely difficult. Online in working subgroups. But they are ongoing.”

But Podolyak also suggested another factor: Unlike Russia’s political system, which is subject to the whims of one man, Ukraine’s government must contend with widespread outrage at the uncovering of widespread killings of civilians by Russian troops.

That will make the task of talking peace with Putin even harder.