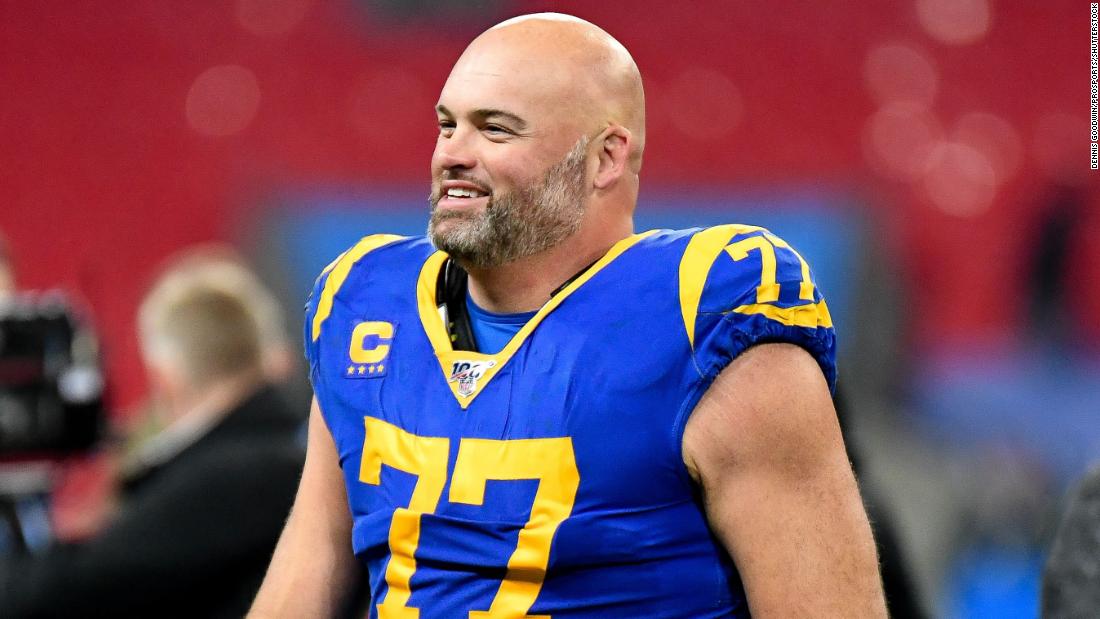 “I’m not really good with sports; it’s not my thing,” Jimenez told CNN about Whitworth, who will play in the Super Bowl on February 13. “But he tremendously blessed us with everything because we started from scratch, like nothing. ”

The left tackle found Jimenez through the St. Joseph Center, which specializes in helping homeless families, and he bought them furniture, clothing, computers and toys and paid to refurbish the apartment.

“Whit,” as the Rams family calls him, explained in a sit-down interview that he enjoys giving just as much as delivering the devastating block that leads to a win.

“I look at community the same way, when it can put a smile on somebody’s face,” Whitworth said in describing his philosophy.

“When I can make them appreciate that someone cares about them, when I can just let them feel more confident in themselves because of something I’m able to do. I feel that same feeling.”

A wide range of philanthropy

Whitworth and his wife, Melissa, are from Louisiana and exude folksy love for their neighbors, especially those in need.

They’re behind a still unspooling list of good deeds that range from small to massive, including writing a check for $ 250,000 to the Los Angeles Regional Foodbank.

“That allowed us to keep the food flowing when the pandemic first hit,” said Michael Flood, CEO of the organization. “The demand (for free foodbank assistance) just skyrocketed with people being laid off, furloughed, not being able to get unemployment benefits, being worried about feeding themselves and their families.”

Among the highlights of the Whitworths’ generosity:

The list continues, with hosting military veterans at a game, supporting families who can not afford the adoption process, and home repairs for hurricane victims.

The four children, all under 10, toss in ideas, too, such as the Christmas giveaway blowout for the families fighting to leave homelessness.

It’s no head-scratcher that the head of this household is the Rams’ nominee for the Walter Payton Man of the Year Award, which honors a player’s charity work as well as excellence on the field.

It’s Whitworth’s sixth nomination – five with the Rams and one with the Bengals. The NFL will announce the Man of the Year winner Thursday.

It’s the last chance to win for “Whit,” who’s the oldest player in the Super Bowl at 40. The Super Bowl will be his last game after 16 years in the NFL.

She’s in his corner

Every day, the once homeless mother sits with her children 12, 10 and 3 years old, on a sofa courtesy of the Whitworths, watching one of three televisions the NFL family donated.

“I would love to meet him one day and personally thank him,” Jimenez said. “And give him a big hug.”

Due to Covid protocols, Whitworth could not attend the unveiling of the apartment he and Melissa furnished for Jimenez. He saw a video.

“The things I remember most, seeing people’s eyes, their smile, their emotion,” Andrew Whitworth said. “Person to person, realizing how much they are touched, and we are touched.”

Whitworth laughed and added he’d like to give Jimenez a hug, too.