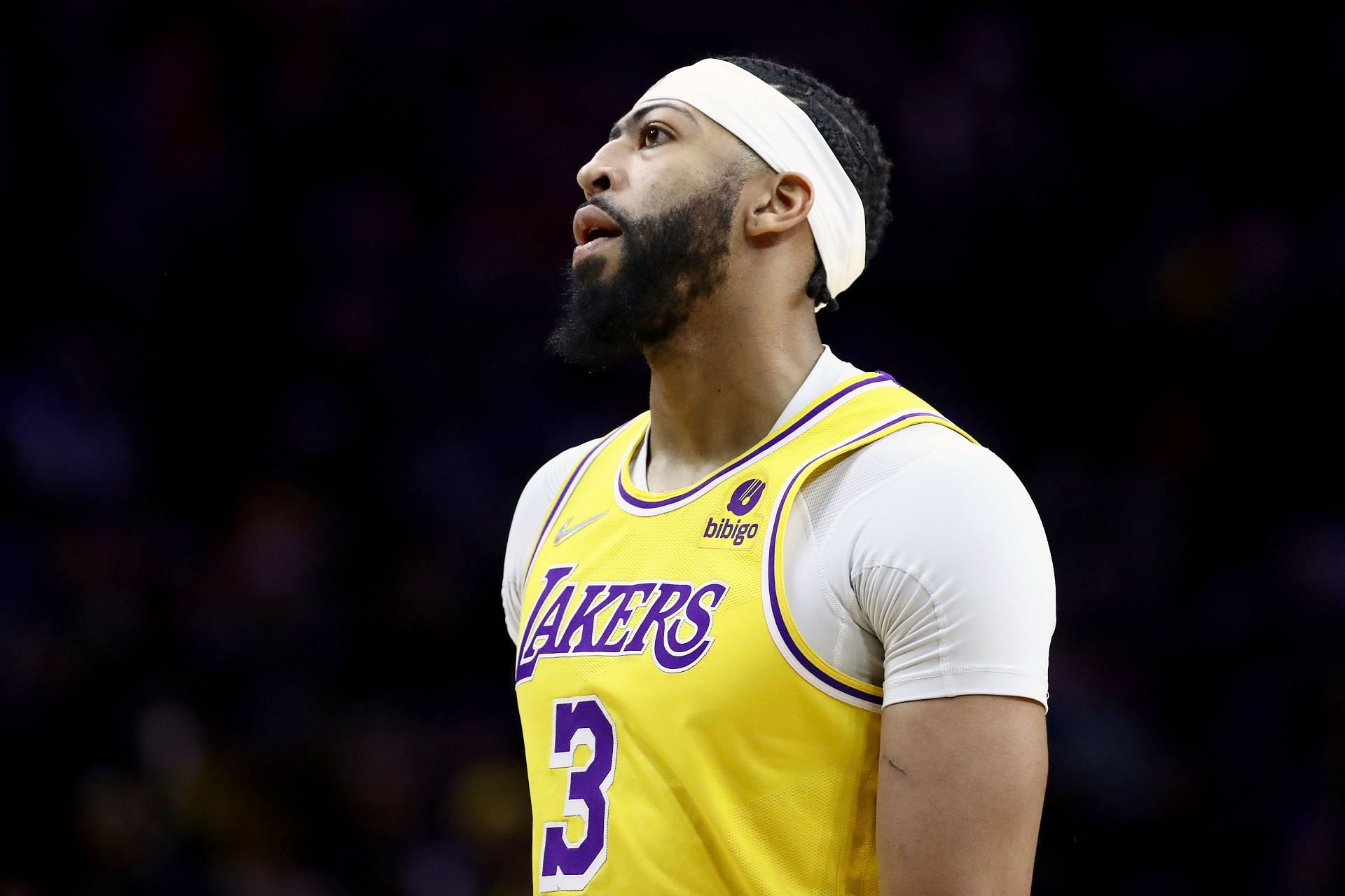 Anthony Davis has been an onlooker for much of the LA Lakers’ disastrous season, having featured in only 37 games for the franchise. Multiple injuries have kept him on the sidelines, which started in the 2021 playoffs, recurring this season. While his team is on the brink of missing the playoffs, he can only observe from the bench, unable to give them a fighting chance.

The LA Lakers (31-44) have recently fallen out of the Play-In tournament bracket with just seven games left to make amends. LeBron James has been individually exceptional this season – at age 37 – but the team still finds themselves in a pickle.

Now, with James’ ankle issue, much of the off-season hopes lie in the hands of Russell Westbrook, who was acquired in the summer.

“I’m not sure I would trade AD if LeBron wanted out. AD is still a great foundational piece. … You have to trade Russ. The Lakers do not rebuild, they do not start all over through the draft. So, no the Lakers should not be looking to trade AD. ” – @Chris_Broussard

“I’m not sure I would trade AD if LeBron wanted out. AD is still a great foundational piece. … You have to trade Russ. The Lakers do not rebuild, they do not start all over through the draft. So, no the Lakers should not be looking to trade AD. ” – @Chris_Broussard https://t.co/ERh4hm2W46

With the current season seeming like a wrap for the Lakers, the “First Things First” discussed the future of the Lakers – giving their rationale on who the movable pieces are. Chris Broussard, who feels Davis should stay put, gave his two cents:

“I’m not even sure though, I would trade AD if LeBron wanted out. Because I still in AD, would have a foundational guy. ”

Anthony Davis, throughout his career, has proven to be a superstar level player on both ends of the floor. While his career was slow to take off, with the Pelicans, he started making a name for himself – drawing attention from many franchises.

The LA Lakers had to give up the rebuilding phase of Lonzo Ball and Brandon Ingram in order to bring Davis to Los Angeles. While it proved to bear fruit in their first season as they won the 2020 championship – his injury troubles have caught up to him. Davis has not played a single 82-game season in his career, and has played in only 73 regular season games over the last two seasons collectively.

Anthony Davis’ target date to return from injury is either Friday vs. NOLA, or Sunday vs. Denver.

Anthony Davis’ target date to return from injury is either Friday vs. NOLA, or Sunday vs. Denver. 👀 (via @ChrisBHaynes) https://t.co/nCxOyOLeB3

“Look around the league – AD is not the only one that’s gotten injured a lot. Kevin Durant, Kyrie Irving, Karl-Anthony Towns – somebody you might think about, trading AD for. ”

Should the Lakers build around Anthony Davis or rebuild altogether?

The LA Lakers’ experiment of stacking the team with veterans has backfired as far as the regular season is concerned. The lack of legs to keep up on defense has cost them substantially, being unable to get stops when required.

Russell Westbrook’s untimely drop in performance has made him the scapegoat, receiving much of the blame in this experiment.

As of now, the Lakers will not make the playoffs

As of now, the Lakers will not make the playoffs 👀 https://t.co/Pfg4AizAiA

Considering the potential Anthony Davis has over Russell Westbrook, and with age on his side, Broussard feels Mr. Triple Double should be the one leaving:

“Now what you got to do is trade Westbrook. And I do not care if you trade him for three young athletic three-and-D guys – no names, guys nobody knows. But they’re athletic, they can move their feet, so they can guard on the perimeter. ”

The Lakers have a history of signing stars from other teams who are now etched in the franchise’s history. Wilt Chamberlain, Kareem Abdul-Jabbar and Shaquille O’Neal are some of the big names that have come from other teams.

If that’s the working formula for the Lakers, maybe letting go of Anthony Davis could prove to be detrimental, unless they can attract another superstar.