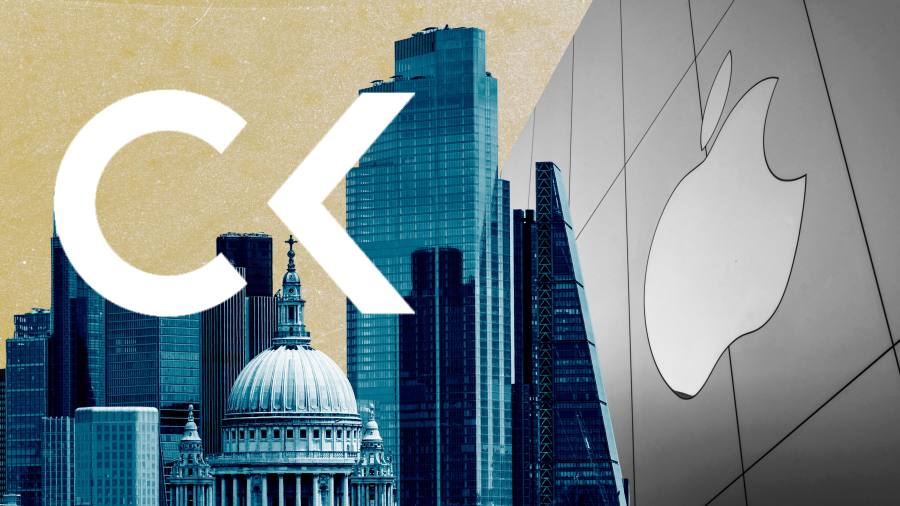 Credit Kudos uses machine learning to create an alternative to traditional credit scores, suggesting that US tech giant may look to expand its lending services. Apple offers a credit card, which is currently only available in the US, in partnership with Goldman Sachs, and also offers installment payment plans for its devices.

Apple has expanded into financial services more slowly than some in the banking industry had feared back in 2014 when it launched Apple Pay, which allows contactless payments using its iPhone and Watch and through its Safari web browser.

The acquisition of Credit Kudos could provide Apple with this functionality, said Simon Taylor, chief product officer and co-founder at fintech consultancy 11: FS. “Instead of forcing consumers to do a full credit pull just to buy a $ 50 jacket, why not quickly check their affordability and creditworthiness directly from their bank account?”

Credit Kudos does not have a UK banking license, but takes advantage of the country’s Open Banking standards, which are meant to make it easier and safer for consumers to share selected financial information from bank accounts and credit cards with hundreds of smaller service providers.

The London-based fintech raised £ 5mn in 2020 in a funding round led by Albion VC.

Aiming to make affordable credit more widely available and assist in faster lending decisions, the company looks at alternative measures to assess the credit risk of individuals for companies including rental apps, brokers and other fintechs. Traditional credit assessment measures such as bank statements and utility bills have faced criticism over their ability to accurately assess a consumer’s financial situation.

The Silicon Valley-based company rarely makes large acquisitions, instead acquiring small teams or add-on technologies that it can use to accelerate development of new features for the iPhone.

Credit Kudos declined to comment on the takeover, which was first reported by fintech news site The Block.

For the latest news and views on fintech from the FT’s network of correspondents around the world, sign up to our weekly newsletter #fintechFT

Apple said: “Apple buys smaller technology companies from time to time, and we generally do not discuss our purpose or plans.”

In another example of US tech companies swooping on European start-ups, Snap on Wednesday announced it had acquired NextMind, a Paris-based maker of “brain-computer interface” technology. The technology, which remains at an early stage of development, can be used for hands-free control of virtual and augmented-reality headsets.

“This technology monitors neural activity to understand your intent when interacting with a computing interface, allowing you to push a virtual button simply by focusing on it,” Snap said, while adding that it “does not ‘read’ thoughts or send any signals towards the brain ”.