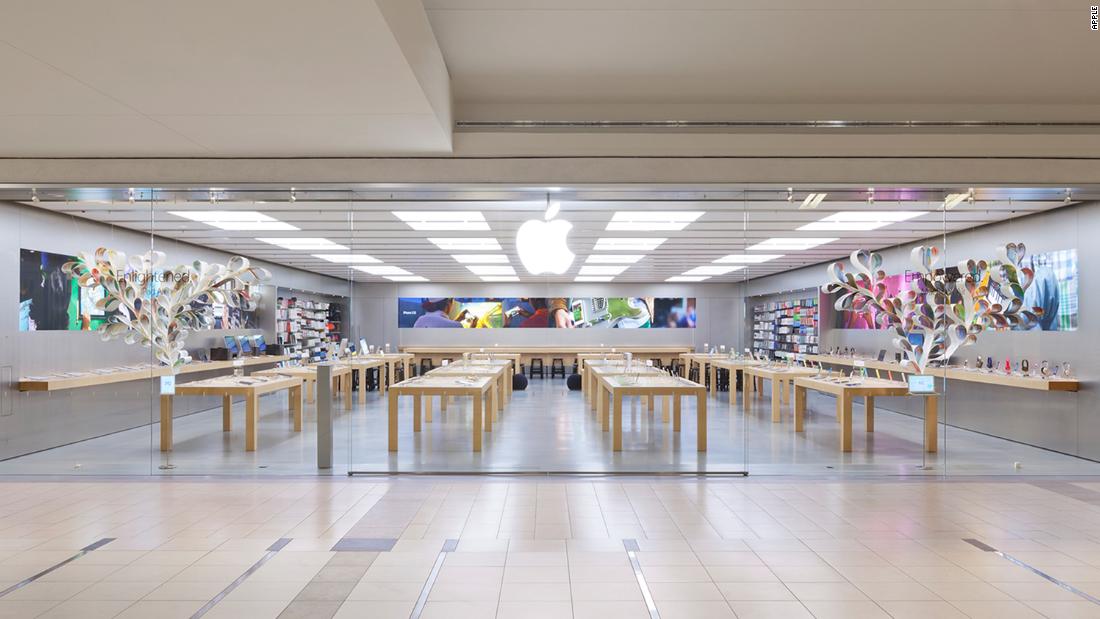 The Apple (AAPL) workers filed with the Atlanta office of the National Labor Relations Board, the agency confirmed to CNN Business, adding that the office will review the filing to ensure that at least 30% of the workers have submitted union cards – the minimum requirement to form a union .
Over 70% of the 100-plus eligible workers at the store in Atlanta’s Cumberland Mall have signed union authorization cards, according to the Labor Union Communications Workers of America (CWA), which is representing Apple employees.
The Atlanta store effort is the latest indication that big tech companies, which have largely avoided unionization among their corporate employees, are now confronting a growing number of union pushes among their hourly workers. At least one other Apple retail location is said to be looking to unionize. Meanwhile, several Amazon (AMZN) warehouses have also attempted to unionize, with one in New York City voting to form the company’s first US union earlier this month.
“Apple is a profoundly positive place to work, but we know that the company can better live up to their ideals and so we’re excited to be joining together with our coworkers to bring Apple to the negotiating table and make this an even better place to work, “Derrick Bowles, an Apple Genius Bar worker who is part of the organizing effort, said in a statement shared by CWA.

The CWA did not explicitly detail the proposed union’s demands, but said in its statement that “retail workers at Apple provide critical sales and repair services to a range of customers, yet have been denied a living wage, cost of living adjustments or equitable stock options . “

Apple has more than 270 US stores, and tens of thousands of US retail employees. The starting pay for retail workers is $ 20 an hour, or about $ 40,000 a year for a full-time employee. The average hourly wage for retail workers at electronics and appliance stores nationwide stands at about $ 25.50 an hour, according to the Bureau of Labor Statistics. That is all workers in the sector, not the starting wage.

In response to a request for comment, Apple did not directly address the Atlanta union election filing but reiterated a previous statement that it is “pleased to offer very strong compensation and benefits for full time and part time employees, including health care, tuition reimbursement, new parental leave, paid family leave, annual stock grants and many other benefits. “
The Atlanta store’s filing comes a day after reports of a similar organizing effort at an Apple Store in New York City. Workers at a store in Grand Central Terminal have begun collecting signatures to file a petition to unionize, the first step of a union organizing effort, a person familiar with the matter told CNN Business.