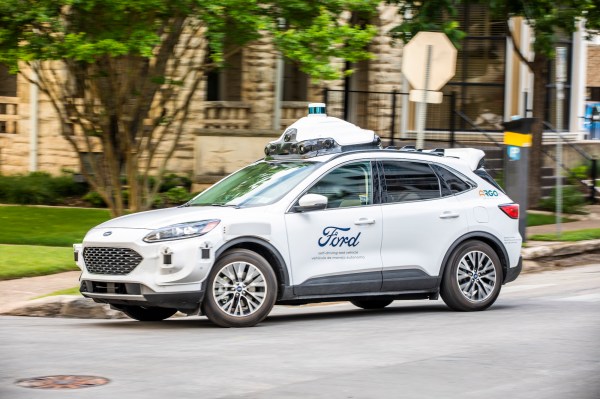 Argo AI, the autonomous vehicle technology company backed by Ford and Volkswagen, is launching driverless testing operations in Miami and Austin, a significant milestone for the startup that illustrates its progress toward commercialization.

Argo’s announcement Tuesday follows a period of consolidation within the industry that has left just a handful of large, capital-rich companies in the US – all creeping toward driverless commercial-scale operations. While a number of competitors such as Cruise, Waymo and Zoox are fixed on San Francisco (Waymo also has a driverless operation in Phoenix), Argo has turned its attention to other cities like Austin and Miami, where the regulatory environment is less restrictive and commercial partners, tech and talent resources are still plentiful.

Argo said it will be running its driverless operations in Miami and Austin during “daytime business hours.” Those hours will extend over time, and eventually include evening, as testing continues, according to a spokesperson. For now, the service is limited to company employees, who will have access to the service via an internally developed Argo app.

Argo is working with Ford to launch commercial pilots in both of these cities, including an integration with Lyft’s ride-hailing platform and a grocery delivery program with Walmart. Argo’s pilot programs with Lyft and Walmart will continue to have a human safety operator behind the wheel for now. Over time, the driverless operations will be integrated with its commercial partners, a spokesperson said. Under state law in Florida and Texas, commercial fleets can charge for driverless services.

Competitors like Waymo and Cruise have begun fully driverless operations in Arizona and California, respectively. However, they operate their own robotaxi and delivery services, whereas Argo sees itself as a one-stop autonomous driving shop for businesses. Argo aims to sell the self-driving system it developed to businesses as well as offer a suite of products like fleet management, customer support and scheduling to those that want these other services.

Argo’s driverless operations likely will not stop at Miami and Austin. The company is actively testing its autonomous vehicles in Palo Alto, Detroit, Pittsburgh, Washington, DC and Hamburg, Germany. In April, Argo announced plans to establish a closed-course track at the SC Technology and Aviation Center in Greenville County, South Carolina. The track, its fourth closed-course facility, will be dedicated to highway-speed testing as the company advances toward commercial autonomous operations across multiple cities.

The company says testing in multiple major cities gives it the edge it needs to scale its autonomy platform into a sustainable business.

“Argo is able to scale because we have marshaled an extraordinary amount of data from various use cases and locations,” Brett Browning, chief technology officer, wrote in a blog post. “We’ve focused on analyzing real-world learnings from operating in the busiest neighborhoods of eight cities on two continents, facing complex traffic scenarios, including unprotected turns and intersections with occlusions, cyclists, and people walking outside crosswalks. We also analyzed seemingly endless data to optimize day and nighttime driving, since middle- and last-mile deliveries tend to happen during the day, and ride-shares span day and night. ”

What’s next for Argo?

While the company was tight-lipped about other potential partnerships for its driverless operations, there are signals that Argo is not stopping with Miami and Austin. The company has previously said it plans to expand its delivery pilot with Walmart into Washington, DC later this year, so that might be one of Argo’s next targets for removing the driver.

However, we’re more likely to see Argo expand its reach in California, notably San Diego, and perhaps deeper into Texas.

In the Bay Area, Argo has been offering free rides to the public – in vehicles that have a human safety operator in the front seat – since July 2021 when it secured the Drivered AV pilot permit issued by the California Public Utilities Commission.

Argo applied in February for a driverless testing permit with the California Department of Motor Vehicles, which would allow it to test its metal against the top competition in the Bay Area. Per its application, Argo is aiming to test seven of its fully autonomous Ford Fusion Hybrids in Los Altos, which is in the Palo Alto area, a part of town that Argo knows well after testing there since 2019.

According to the application, Argo’s vehicles can drive on public roads – including on freeways, highways, city streets, suburban and rural roads, parking lots and garages – at speeds up to 65 miles per hour. The self-driving Fords can operate 24 hours per day during all seasons and lighting conditions, as well as in light rain. The AV system’s only constraints are off-road operations, snow, sleet, hail, dense fog and extreme environmental conditions.

The application has not yet been approved, but if and when Argo nabs the permit, it will join the ranks of Cruise, Waymo, Apollo, AutoX, Nuro, WeRide and Zoox.

Outside of the Bay Area, Argo appears to have its sights set on San Diego. Argo is hiring multiple personnel in San Diego to manage and test an autonomous fleet, including an AV operations lead, an AV system map specialist and an AV system test specialist, according to the careers page on Argo’s website.