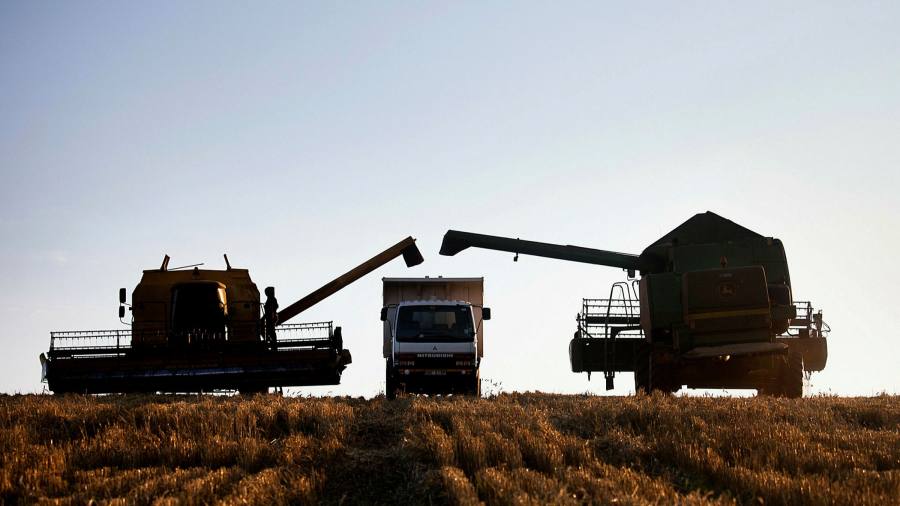 Ashmore warned that Russia’s war in Ukraine could worsen growing inflationary pressures as the specialist emerging markets manager saw clients pull $ 3.7bn from its funds in the first quarter.

The London-based fund reported a hefty 10 per cent reduction in assets under management to $ 78.3bn at the end of March – a fall that it blamed on Moscow’s invasion of Ukraine.

“The principal economic impact of the war has been to push inflation higher and this is being felt across the world,” said Mark Coombs, Ashmore’s chief executive, on Thursday.

The Ukraine war would have “far-reaching consequences for the existing world order,” said Coombs, echoing a warning from the IMF which described Russia’s aggression as “massive setback” for global economy’s recovery from the coronavirus pandemic.

Ashmore had placed sizeable bets on Russian assets in the weeks leading up to the invasion of Ukraine and holds about $ 500mn in debt exposure to struggling Chinese property developer Evergrande, according to Bloomberg.

The fund’s shares fell by as much as 9 per cent to hit a six-year low on Thursday before recovering to close slightly up.

Institutions such as the IMF have warned that emerging and developing economies face the prospect of higher borrowing costs and capital outflows as a result of Russia’s actions.

Food and energy prices globally have spiked higher owing to fears about supply disruptions in Russia and Ukraine, two of the world’s most important producers of key commodities including crude oil, natural gas and wheat.

“Rising energy and food prices as a result of the Ukraine war are a big problem for many emerging market economies which were struggling to recover from the coronavirus pandemic even before the conflict started,” said Maarten-Jan Bakkum, senior emerging market strategist at NN Investment Partners in the Netherlands.

Stock markets across the developing world have also weakened as the war in Ukraine has escalated with the MSCI emerging markets equity index down almost 10 per cent since the start of the year.

Net outflows from emerging market ETFs sold in the US and Europe reached $ 14.8bn in the first quarter, according to Morningstar, the data provider.

“Some global emerging market funds have lost a fifth of their value this year with Russia acting as a key driver of those losses,” said Steve Holden, chief executive of Copley Fund Research.

Bakkum of NN Investment Partners said he feared that the war in Ukraine would intensify further and create even bigger problems across emerging markets.

“There are already signs of social unrest in some developing countries. This is making the policy response more complicated as central banks in emerging markets are under pressure to hike interest rates in response to rising inflation ”said Bakkum.