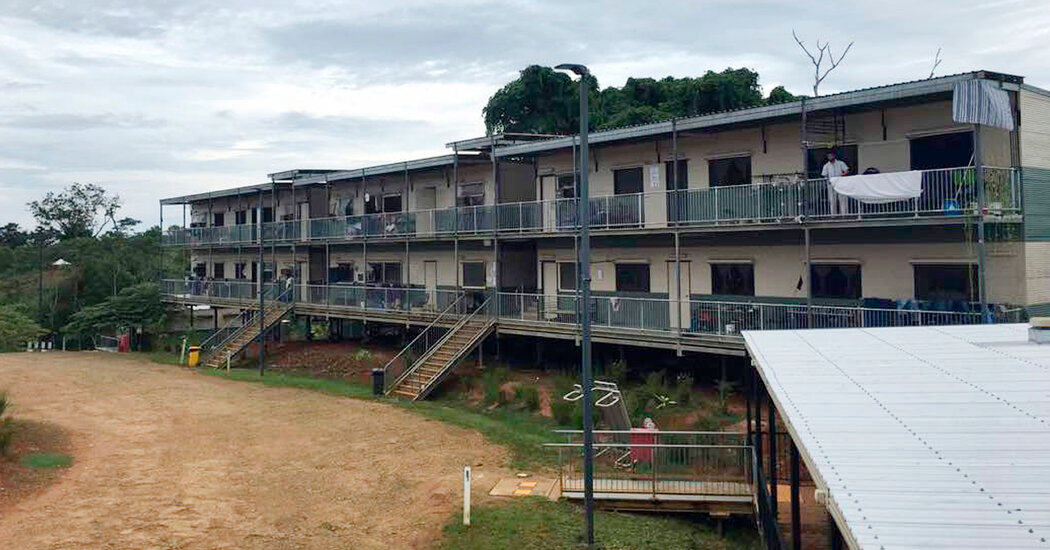 MELBOURNE, Australia – After refusing to budge for years, the Australian government announced on Thursday that it had accepted an offer from New Zealand to resettle some refugees it currently or formerly held in its widely criticized system of offshore detention centers.

The arrangement – to take in 150 refugees a year for three years – was first offered in 2013 by John Key, then New Zealand’s prime minister, to Julia Gillard, his Australian counterpart. It came after Australia had introduced a policy that prevented those arriving by boat from ever settling in the country and held them on Nauru, a Pacific island nation, and Manus Island in Papua New Guinea.

It was not immediately clear why the Australian government changed its mind. Over the years, Australia had suggested that allowing the arrangement would only encourage more people to make dangerous sea crossings to try to enter the country. The government had also pointed to the possibility that former refugees who became New Zealand citizens would eventually attempt to settle in Australia. All refugees who enter New Zealand are put on a path to citizenship.

Kris Faafoi, New Zealand’s immigration minister, said on Thursday, “We are pleased to be able to provide resettlement outcomes for refugees who would otherwise have continued to face uncertain futures.” He added, “New Zealand has a long and proud history of refugee resettlement, and this arrangement is another example of how we are fulfilling our humanitarian international commitment.”

Under the new arrangement, the 150 spots will come out of New Zealand’s total annual refugee quota of 1,500 people. Each person will be screened through the United Nations High Commissioner for Refugees and be subject to the same procedure as other people seeking asylum in New Zealand, Mr. Faafoi said in a statement.

Refugees can already register for the program, which will most likely have a processing time of about 12 months, advocates said.

Australia has detained more than 3,000 refugees and asylum seekers on Nauru and Manus. About 112 people remain on Nauru, while hundreds of others have been brought to the Australian mainland temporarily for medical and other reasons.

The detention centers have drawn the attention of news media around the world, and human rights groups have cited the cruelty of the conditions under which the refugees live.

“We’re talking about extremely harsh conditions,” Graham Thom, the refugee coordinator at Amnesty International Australia, said of life in the offshore centers. “There were all sorts of reports around assault and sexual assault, harassment and, again, suicides because of the mental health damage and physical health damage.”

In 2016, a 23-year-old Iranian refugee on Nauru died after setting himself on fire during a visit by officials from the United Nations refugee agency, in an apparent protest of Australia’s policies. Within a week, a 21-year-old Somali refugee set herself ablaze on the same island, sustaining critical injuries.

Behrouz Boochani, a Kurdish-Iranian refugee and award-winning writer who was held in a detention center on Manus Island until it closed in 2017, became a prominent voice for the hundreds of people exiled on the island.

Dr. Thom suggested that the Australian government had pivoted, in part, because “the length of time and the cost” of the detentions had become burdensome. Housing the 112 people on Nauru cost Australian taxpayers nearly $ 220 million every six months, he said.

“Things like that were starting to weigh on the government when, clearly, pressure is on the budget elsewhere,” he added.

Elizabeth Young, an advocate for the Asia Pacific Refugee Rights Network based in New Zealand, said of the government about-face, “It was not until Peter Dutton stopped being the home affairs minister that it really started being talked about for the first time , publicly, as an actual possibility. ”

In a statement, Karen Andrews, who succeeded Mr. Dutton last year, stuck to the government’s hard line on illegal immigration. She said that no one who had attempted to travel to Australia illegally by boat would be permitted to settle in the country.

“Australia remains firm – illegal maritime arrivals will not settle here permanently,” she said on Thursday. “Anyone who attempts to breach our borders will be turned back or sent to Nauru.”

Abul Rizvi, a former deputy secretary of Australia’s immigration department, said there was little evidence to suggest that New Zealand would become a pathway for asylum seekers to eventually settle in Australia. It will take refugees many years to become New Zealand citizens, by which point most will have jobs and connections within that country, he said.

He said that the current Australian government had prolonged the situation.

“The only reason they could have been doing this for as long as they’ve been doing it is because they thought there was some political mileage from it,” he said.