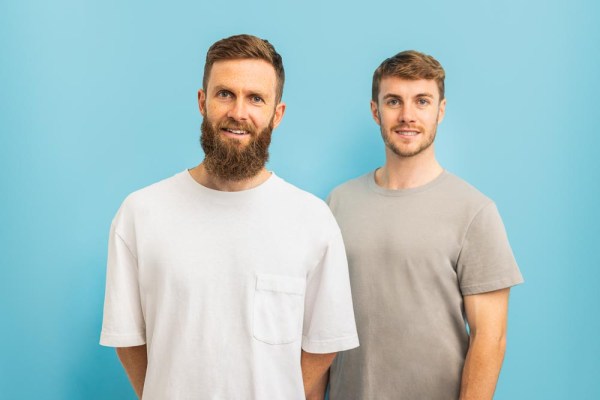 Just in time for tax season in the United States, Australian startup CryptoTaxCalculator (CTC) announced it has raised seed capital to expand its automated crypto tax reporting tool further into the US market. Sydney-based CTC is one of many platforms that have gained popularity this year for helping crypto traders navigate the complexities of filing their taxes, though it differs from most of its counterparts in that it is mainly focused on solving problems faced by users of decentralized exchanges .

If you’re paying taxes on crypto you bought or sold through a centralized crypto exchange like Coinbase, Binance, or Gemini, understanding what you owe might be simple, since you can download a form from many of these exchanges detailing your trades, gains, and losses. But for those transacting on decentralized exchanges such as Uniswap or Curve, the process can be far more onerous – and that’s where CTC is most helpful, co-founder and CEO Shane Brunette told TechCrunch in an interview.

CTC has grown from 3 full-time employees last fall to nearly 30 today. Its platform serves over 80,000 users today, up 1,700% in the past year, according to the company. Brunette attributes this growth, in part, to the surging popularity of decentralized finance (DeFi), which CTC is built to support because of its expertise in decentralized transactions.

Unlike transactions conducted on a centralized exchange, decentralized, on-chain transactions are not recorded by a trusted third-party middleman who can provide a user with their transaction history for tax filing purposes, Brunette said.

Brunette, an avid crypto trader himself, saw these challenges firsthand when he had to file taxes on his trades. He co-founded CTC along with his brother, and they decided to launch the product on Reddit in 2018, he said. CTC was initially focused on integrating with decentralized apps built on Ethereum Virtual Machine (EVM), according to Brunette, but it has since grown to integrate with more than 400+ exchanges, its website shows.

The company supports users in 21 different tax jurisdictions, and roughly 40% of those users are in the US while another 40% are in Australia, Brunette said. He noted that a large portion of CTC’s US-based users has joined the platform more recently, particularly since mid-2020’s “DeFi summer.“

“You can actually think of something like the Ethereum network as being one giant accounting ledger, which has all transactions since the beginning of time, of all parties and what they’ve been doing on that particular chain. The thing is that it’s been written in a way that’s quite convoluted when it comes to an accounting perspective, ”Brunette said.

CTC integrates directly with the blockchains underpinning decentralized exchanges. Users only need to provide their public wallet address to CTC, and the platform aggregates all transactions and smart contracts linked to that wallet, essentially reverse-engineering the wallet’s transaction history, according to Brunette.

While centralized exchanges have become more consolidated as crypto matures as an industry, decentralized finance is exploding, and consolidation in that space cannot occur in the same way, Brunette said.

“The problem that tax authorities are facing, for example, is, how do you go about making sure people are tax compliant when there’s nobody there to go and subpoena, or to give you a transaction history of that individual? How do you keep track of this? And so I think the US government’s take right now is really to try to create legislation that encourages a financial middleman, who can provide that transaction history, but that really clashes with the crypto ethos, ”Brunette said.

Brunette has built CTC with an awareness of the skepticism many crypto users have towards centralization and middlemen.

The blockchain itself “is perfect,” according to Brunette. Anyone can theoretically come and inspect the transaction data stored on a blockchain, but having the right tools to parse through it is necessary, he added.

“That’s what we’re really focused on – building some tools that really facilitate an overview across all the different blockchains as well as being able to pull in a centralized exchange data, so you can get a clear path of an individual’s transaction history, and you can reconsolidate to get to a tax outcome, ”Brunette said.

While CTC pulls in all the data needed to build a transaction history and performs tax calculations for its users, Brunette still advises advanced crypto users to consult a tax professional to help them interpret regulatory gray areas to determine what they actually need to pay, and what rules apply to their activity.

CTC does not provide any “final” tax data, but it instead provides aggregate information on what income is taxable, Brunette said.

“We give you the lump sums, so you can work out what your tax rate is, et cetera, so it’s kind of really categorizing it. So it’s like, you’ve earned this much from staking rewards – now, what do you want to do with it? It’s worth talking to a tax professional and seeking advice, ”he said.

The seed round netted the previously-bootstrapped company a total of A $ 4 million (around $ 2.9 million in US dollars). Australian venture firm AirTree led the financing alongside US-based Coinbase Ventures and United Kingdom-based 20VC, a fund run by podcaster Harry Stebbings.