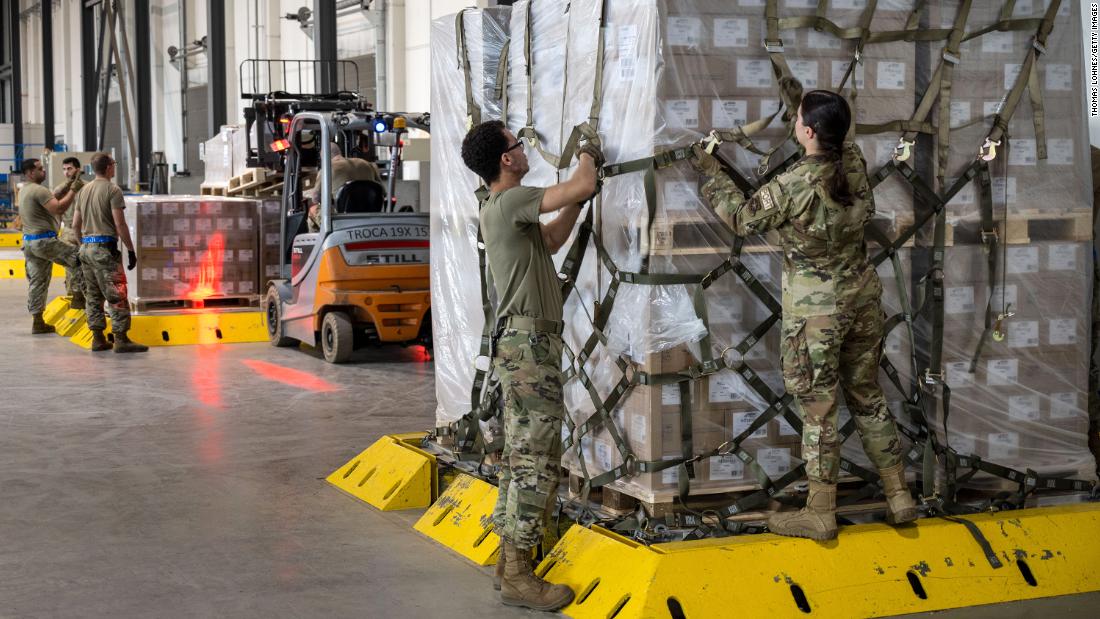 The official, who is onsite in Indianapolis awaiting the arrival of the military aircraft, said the product contained in the first shipment will be distributed to hospitals, doctors, home health care facilities and pharmacies in regions “where the needs are most acute.”

The official pointed out that none of this particular shipment will land on store shelves in the US, adding that the formula being shipped Sunday is hypoallergenic and will be fed to babies intolerant of protein in cow milk.

The official affirmed to CNN that the aircraft is transporting pallets of Nestlé Health Science formula – including Alfamino Infant and Alfamino Junior – to Indianapolis. On Saturday, US Defense Secretary Lloyd Austin ordered this first flight in support of the newly created Operation Fly Formula program transporting 132 pallets aboard a US military aircraft from Germany “due to the urgency of the situation.”

“We’re going to keep ramping that up until we get there,” Deese said.

Pressed by Bash on how the US ended up in a position in which baby formula has to be airlifted into the country, Deese in part blamed market consolidation.

“It goes back to this question of how we can bring more competition into our economy, have more providers have this formula so that no individual company has this much control over supply chains,” he said.

The Biden administration officially told CNN that the product is coming from a factory that has already gone through US FDA approval – meaning US inspectors would only need to conduct “spot checks” Sunday after the product lands. Those checks include ensuring that the product was not damaged in transit and has appropriate labeling. An FDA inspector is onsite to conduct the spot check. Separately, Nestlé will conduct its own quality check at its local distribution site.

From Indianapolis, FedEx partners will assist with sorting and distribution, the official said.

Additionally, the Biden administration is engaged in conversations with makers of other European baby formula to approve and obtain excess supplies for US distribution, the administration officially told CNN.

Indianapolis was chosen as the arrival site for the formula because the Nestlé distribution site is located there. The official added that the administration is plugging into the existing distribution chain.