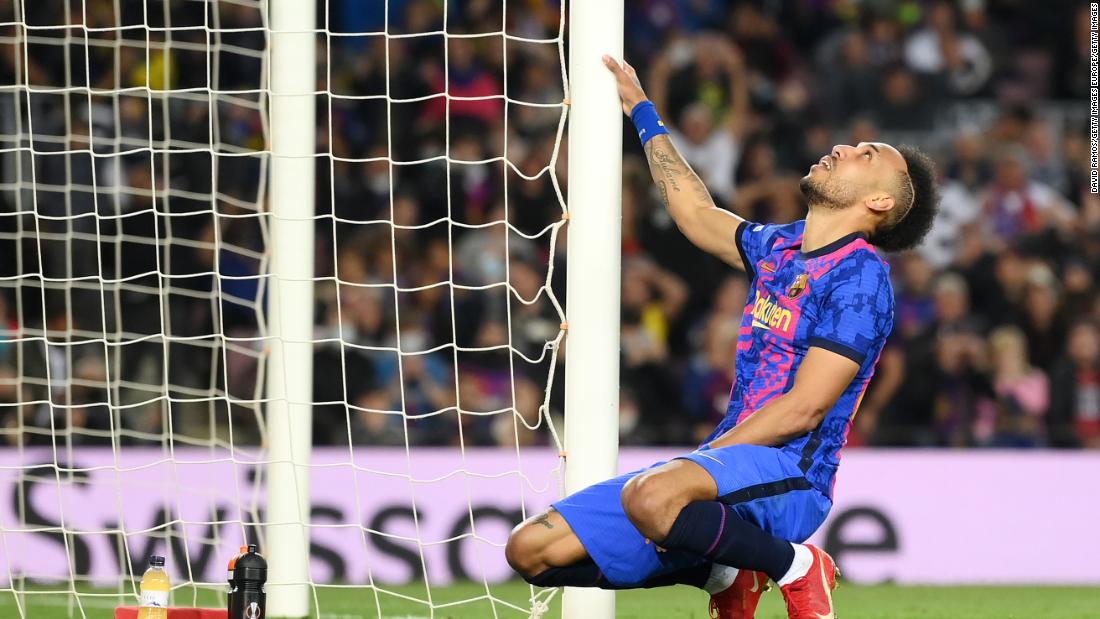 Going into the quarterfinal match at the Camp Nou level at 1-1 after the first-leg, Frankfurt at one point found themselves three goals up on the night.

Filip Kostić’s brace and Rafael Borré’s fine strike put the German side in surprise control and it looked to be coasting to a memorable win until a frantic end to the match.

Barça scored twice in added time, through a magnificent Sergio Busquets goal and a last-second penalty from Memphis Depay, but the Catalan club ran out of time to stage what would have been an astonishing comeback.

The result was celebrated by the thousands of Frankfurt faithful who managed to find their way into the stadium.

Only 5,000 tickets were officially allocated to the away team, but there seemed to be many more inside the iconic arena with Spanish press reporting at least 20,000 were able to attend the match.

Barcelona president Joan Laporta said he was “ashamed” that so many Frankfurt fans managed to get in.

“It is a shame we have experienced this here today. It can not happen again. We have a lot of information about what has happened and we need time to go over it,” he told Barça TV.

“Then we will take measures, we will explain them and it will not happen again ever because it is an outrage.”

‘We did not play the best way’

It was all looking so good for the Blaugrana.

The Catalan club looked to have turned a corner after a difficult start to the season and was enjoying a 15-match unbeaten run.

But the La Liga outfit struggled to cope with Frankfurt’s lightning-quick counter attacks and will learn a lot from a match which highlighted areas that need quick improvement.

Barça manager Xavi, also frustrated by the number of away fans at the stadium, said his team did not play well enough across the two legs.

“We were trying for some heroics at the end, but it was not enough. We did not play the best way,” he told reporters.

“In fact, we were not good tonight. They played well on the counterattack and although their second was a fantastic goal, it stemmed from a very silly mistake of ours.”

Frankfurt, currently ninth in the Bundesliga, will now play West Ham in the semifinals after the Hammers reached the last four of a European competition for the first time in 46 years.