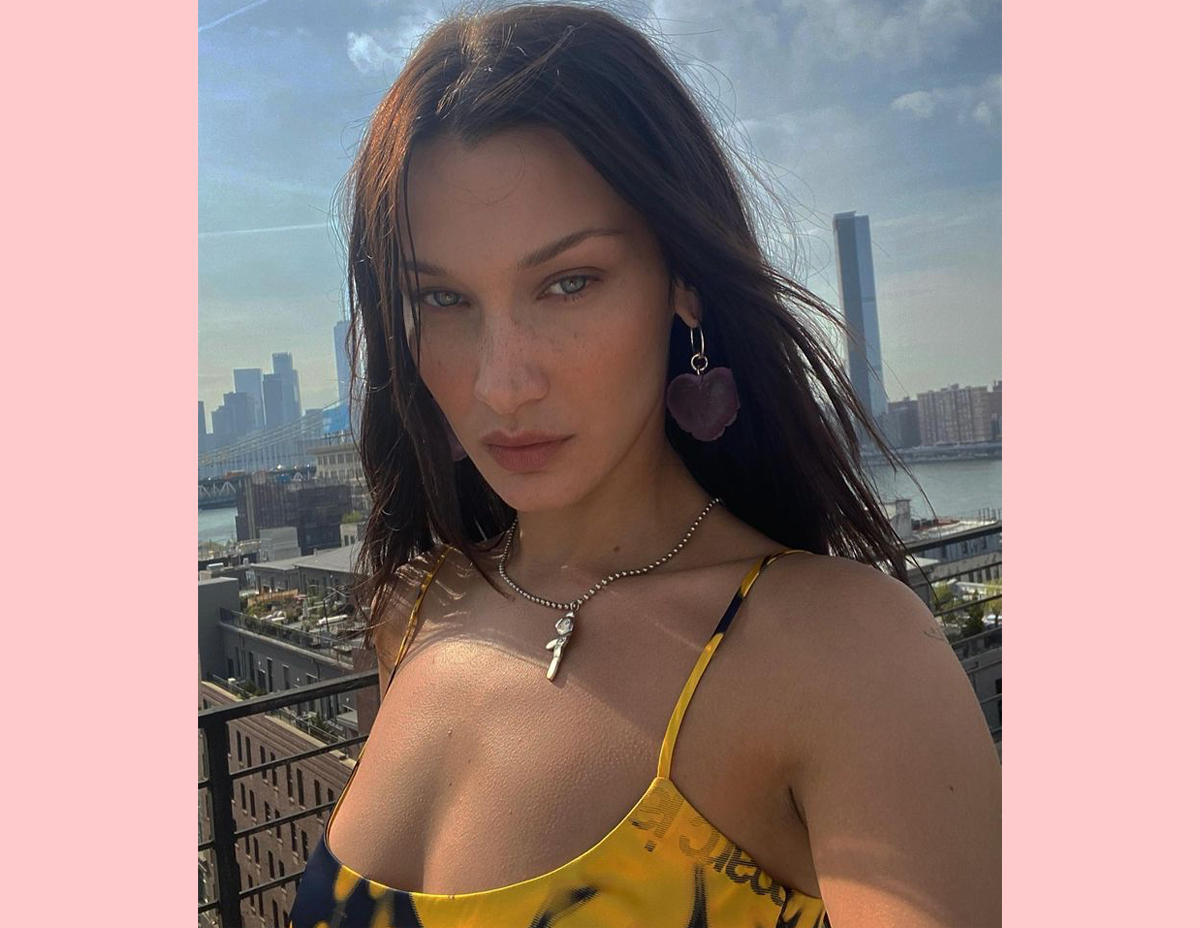 Bella Hadid got real about a very personal subject.

During an interview on the Victoria’s Secret US Voices podcast, the 25-year-old model touched on several topics, specifically speaking out about how she struggles with setting boundaries – whether it be with her family or within her relationships. Because of this, she confessed that it often led her to settle for abusive relationships with people. Without dropping any names, she admitted:

“I constantly went back to men and also women that had abused me and that’s where the people-pleasing came in. I started not having boundaries, not only sexually, physically, emotionally, but then it went into my workspace. I started to be a people-pleaser with my job. ”

Related: Bella Hadid Says She Quit Drinking After ‘This Never-Ending Effect Of Pain And Stress’ From Alcohol

Bella, who is the daughter of Real Housewives of Beverly Hills alum Yolanda Hadid and real estate developer Mohamad Hadidfamously dated The Weeknd on and off for four years, starting in 2015 when she was 18, and he was 25. Currently, she is involved with art director Marc Kalman.

The fashionista traced back the start of this cycle to her youth, explaining how she always felt like the “black sheep” of her family and never had her “voice” heard by the men in her life:

“I always felt like my voice was never heard growing up. I grew up around men – whether that was in relationships or family or whatever that was – where I was constantly told that my voice was less important than their voice. Then moving into relationships growing up, and not having the boundaries of being able to stick up for myself and having my voice being heard, affected me in my adult relationships very intensely. My nervous system would crash. It was fight or flight. Either I would become silent and cry and just go inward or I would lash out and leave. It’s something that I really had to work on. ”

But now, Bella shared that a mixture of therapy, meditation, and staying off social media has become a “powerful” healing tool for her:

“It sounds very cliche, but to not have the energy of everyone else and their projections being projected back onto you is one of the most powerful things of all time. It’s a cliché for a reason because it’s a fact that it works. ”

We applaud Bella for being so vulnerable like this. Reactions to her confessions, Perezcious readers? Let us know in the comments (below).