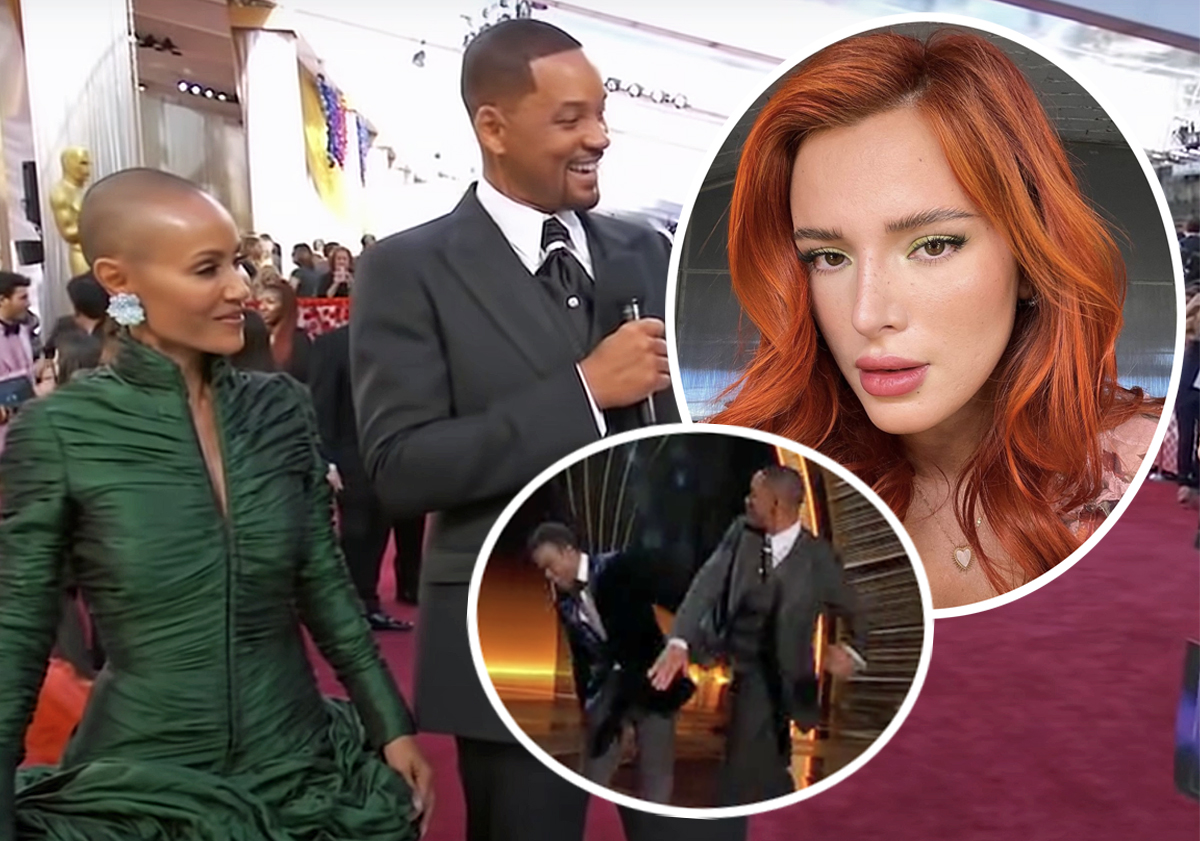 Bella Thorne is coming out swinging for Will Smith after he slapped Chris Rock during the 94th Academy Awards on Sunday.

Taking to Twitter days after the controversial fight went down on live television, the 24-year-old actress actually applauded the King Richard star for standing up for his wife Jada Pinkett Smithwhose shaved head (due to alopecia) was called out in an insensitive joke by the comedian while he was presenting the Best Documentary award.

Sharing her opinion on the situation, contrary to many others, Bella wrote on Tuesday:

“The way @willsmith take care of his woman

“I ROCK WITH WILL SMITH ALL THE WAY”

The Disney Channel alum is not the only one who feels that Will’s actions were justified. At the Governors Ball immediately following the Oscars, Tiffany Haddish spoke candidly about what she deemed a “beautiful” act of love, telling People:

“When I saw a Black man stand up for his wife. That meant so much to me. As a woman, who has been unprotected, for someone to say, ‘Keep my wife’s name out your mouth, leave my wife alone,’ that’s what your husband is supposed to do, right? Protect you. And that meant the world to me. And maybe the world might not like how it went down, but for me, it was the most beautiful thing I’ve ever seen because it made me believe that there are still men out there that love and care about their women, their wives. ”

“Would you do that for your wife? Would you say, ‘Keep my wife’s name out your mother f ** king…’ Like, yes! Yes! Why would [Chris] do that? He did not even run the joke by [Jada], but she was hurt though. If she would not have been hurt, [Will] probably would not have said nothing. But you could see she was clearly… And they exploited it. They exploited her, so ‘I have to do something’… He protected his wife. ”

Now the question remains: should that protection involve violence? Most insist it should not, but some disagree. Seemingly siding with the women above, Nicki Minaj also expressed her feelings on the slapping incident in a series of tweets on Monday. In them, she urged people to consider what might have been happening behind the scenes these last few months as Jada has grappled with her health condition.

She said in part:

“You just got to witness in real time what happens in a man’s soul when he looks over to the woman he loves & sees her holding back tears from a ‘little joke’ at her expense. This is what any & every real man feels in that instant. while y’all seeing the joke he’s seeing her pain. Imagine what it must feel like to be losing your hair to the point where you have to shave it soon. You think that’s easy to deal with for anyone? You do not think she’s cried about that many times? 2022 y’all gon have to see these men about those jokes you made about their wives. ”.

These celebs are far from the only ones we’ve seen not just defending Will but praising the slap! While they may be in the minority amidst all the cries that the Men In Black star “lost his mind” or was “out of control” we can not dismiss that a lot of women seem to feel this way.

What are your thoughts, Perezcious readers? Let us know if you agree or disagree with these thoughts (below).