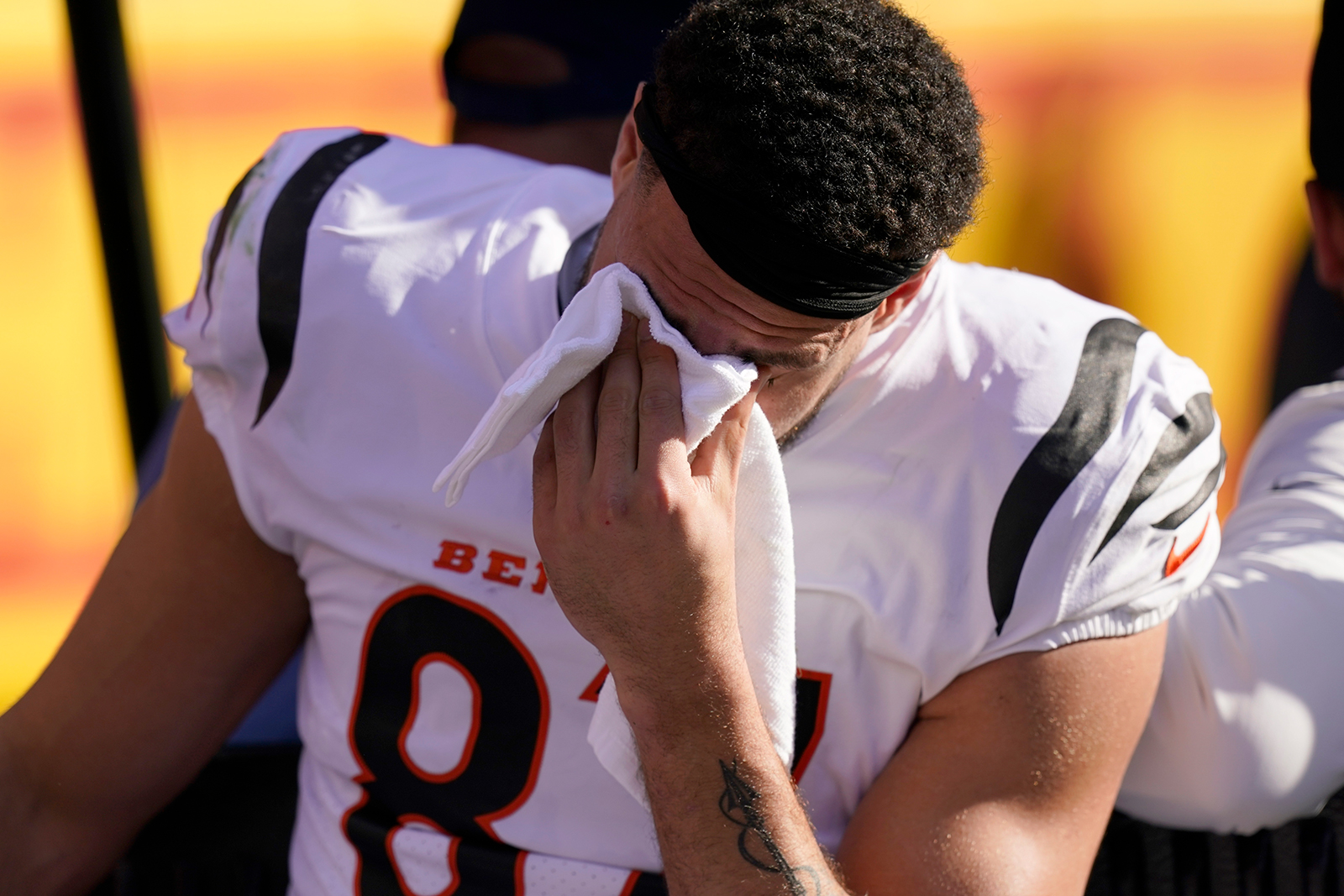 The Cincinnati Bengals and San Francisco 49ers both claimed shock wins last Saturday thanks to field-goals as time expired despite both coming into their NFL divisional round clashes in the playoffs as underdogs.

Rookie kicker Evan McPherson drilled a 52-yard field goal to give the Bengals a 19-16 win over the No. 1 seed Tennessee Titans and advance to their first AFC Championship game since the 1988 season.

Later on, in a snowy Lambeau Field, Robbie Gould kicked a 45-yard field goal to claim a stunning comeback 13-10 win over the Green Bay Packers to advance them to the NFC Championship game.

The two teams are now one win away from Super Bowl LVI. The Bengals will visit the Kansas City Chiefs, while the 49ers will take on the Los Angeles Rams on Sunday.

For the Bengals, the 2021 season has been a time of growing on the biggest stage.

A franchise that has had such little success – last weekend’s win against the Las Vegas Raiders was their first playoff win for 31 years – this is a dream run.

Behind second-year quarterback Joe Burrow, rookie wide receiver Ja’Marr Chase and rookie kicker McPherson, Cincinnati have developed one of the most potent offenses in the league.

After the Titans win, the Bengals players were full of praise for their kicker’s nerves, with Burrow saying he had “ice in his veins.”

Burrow told reporters that before going out for the game-winning kick, McPherson said to him: “Well, looks like we’re going to the AFC Championship Game.”

Moments later, he was being swarmed by his teammates after fulfilling his promise.

With temperatures dropping to below freezing and the snow falling, traveling from California to Wisconsin to face Green Bay can be a daunting task.

And the Packers set the tone early at home, an impressive opening drive ending in an AJ Dillion touchdown to give them a lead.

While the 49ers offense struggled, so did the Packers after that, with a blocked field-goal their only other real chance to score in the first half.

San Francisco got their own field goal shortly after, before the Packers replied with their own in the second half.

But it was a mistake on special teams which changed the momentum in the 49ers favor, a blocked point allowing Talanoa Hufanga to pick up the loose ball and run in a touchdown with less than five minutes remaining.

After stopping Green Bay’s offense again, the 49ers were able to get in position to allow Gould to kick the game-winning kick and advance to their second NFC Championship game in three years.

While it was jubilation for the 49ers, the defeat begins an offseason of questions about the future of superstar quarterback Aaron Rodgers in Green Bay.

The 37-year-old, the NFL’s reigning MVP, is tipped to win the award this season but said he was a “little numb” after the defeat.

Read more about the Bengals and Niners’ underdog wins here.