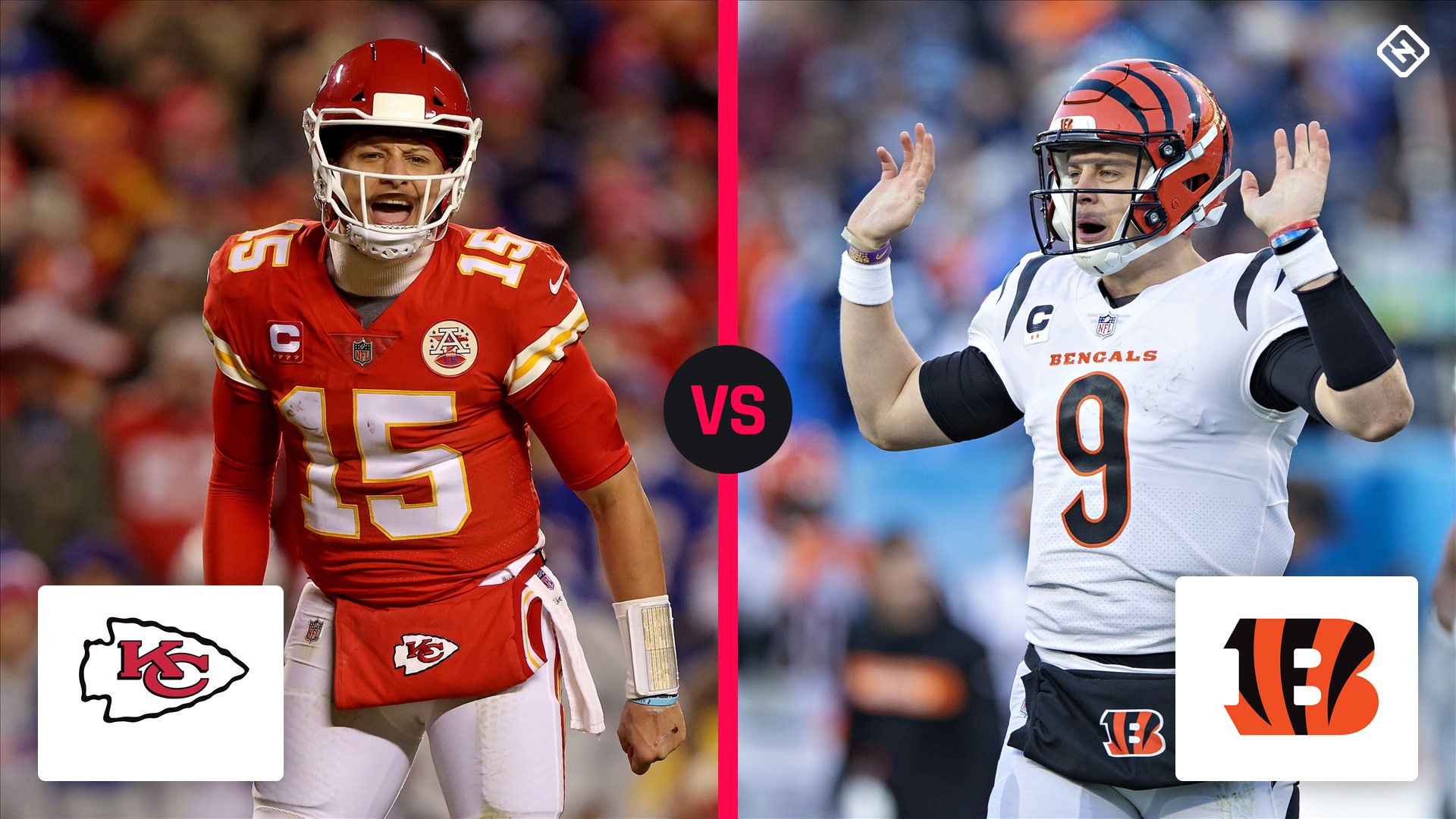 The Cincinnati Bengals meet the Kansas City Chiefs in the AFC championship game on Sunday.

Game time is scheduled for 3 pm at Arrowhead Stadium. The game will be televised on CBS and streamed on Paramount.

Cincinnati has been making its first AFC championship appearance since 1988.

The Bengals beat Tennessee 19-16 in the AFC divisional round on a last-second field goal by Evan McPherson. Second-year quarterback Joe Burrow and Ja’Marr Chase torched the Chiefs’ secondary in the regular-season matchup, which the Bengals won 34-31. Third-year coach Zac Taylor is on a roll.

The Chiefs are back in the AFC championship game after a thrilling 42-36 overtime victory against Buffalo. Patrick Mahomes and Andy Reid can lead Kansas City to its third straight Super Bowl appearance, and the home-field advantage will be tested against an upset-minded team. Safety Tyrann Mathieu is in concussion protocol, and that’s an injury worth monitoring during the week.

This might be the early matchup, but it could easily be the more-entertaining game. Here’s everything to know about betting on Bengals vs. Chiefs in the 2022 NFL playoffs, including updated odds, trends and our prediction for the AFC championship game:

MORE NFL PICKS: Straight up | Against the spread

The Chiefs are making their fifth AFC championship since the AFL merger. They are 2-2 in the game since 1970. Cincinnati is 2-0 in its previous AFC championship games. The Bengals lead the all-time series 16-14 and are 7-9 at Arrowhead Stadium.

—Cincinnati is 7-3 ATS and 6-4 S / U as an underdog this season. The Bengals have won S / U in Burrow’s last five starts, including the playoff victories against Las Vegas and Tennessee.

—The Chiefs are 9-2 S / U at home including playoffs this season. Kansas City failed to cover in its first five home games this year, but the Chiefs have covered in each of their last six home games.

—The Chiefs are 7-1 S / U in home playoff games with Mahomes at quarterback. Burrow, however, led the Bengals to their first road playoff victory in franchise history last week.

How will Kansas City’s secondary adjust? Burrow passed for 446 yards and four TDs in the last meeting, and Chase had 11 catches for 266 yards and three TDs. Burrow and Chase connected for four connections of 30 yards or more, and this is the same Chiefs’ secondary that Josh Allen and Gabriel Davis torched last week. If Mathieu is out, that makes that challenge even more difficult. Of course, Cincinnati did allow nine sacks last week and Chris Jones had two sacks in Week 17. Expect Kansas City defensive coordinator Steve Spanuolo to turn up the pressure, especially in the first half.

CEH did not play in the first meeting, and he had nine carries for 60 yards against Buffalo last week. Burrow knows the value of Edwards-Helaire from the LSU days, and he could be more involved in the game plan against Cincinnati. Veteran running back Jerick McKinnon also has been active in two postseason games. He has 33 offensive touches for 220 yards between the run and pass game. Kansas City averaged 6.7 yards per carry in the first meeting, and those running backs can pull Cincinnati’s linebackers and safeties into space. That would open the offense up for Travis Kelce and Tyreek Hill, who combined for 11 catches for 65 yards in the first meeting. The Bengals’ back seven held up against Kansas City’s playmakers. Will that change that dynamic?

It does not hurt to have a kicker in the clutch. McPherson is 8 of 8 on field goals in the postseason, including 4 or 4 from 40 yards or more. Kansas City’s Harrison Butker hit 3 of 4 field goals against Buffalo, including the game-tying kick at the end of regulation. Sunday’s forecast calls for even temperatures in the 40s and winds that will be lower than 10 miles per hour. A long field goal should not be a problem. Both kickers are huge assets in a game like this.

Mahomes averages 318.8 yards, with 23 TDs and one interception in eight home playoff games at Arrowhead Stadium. He’s been unstoppable in that environment, with the lone loss a shootout with Tom Brady in the 2018-19 AFC championship game. That is the most significant challenge for the Bengals on defense. How do you stop Mahomes at home? Mahomes and Burrow are capable of putting on a show in the final two minutes, too, but the Chiefs proved last week that you really can not leave any time on the clock.

The Bengals did an outstanding job of limiting Kansas City’s big plays in the first meeting. That has to be the case again, because Mahomes and the Chiefs’ offense feasts on those at Arrowhead Stadium. Burrow will not be afraid of that spotlight, and the connection to Chase will work again. It will not be surprising if the Bengals lead at halftime, but Mahomes will put the pressure on Cincinnati’s defense in the second half, and Edwards-Helaire will unlock the big plays for Kelce and Hill. The Bengals, like so many other AFC teams, offer a tough challenge. Kansas City closes, however, possibly with a last-second field goal by Butker for the victory.