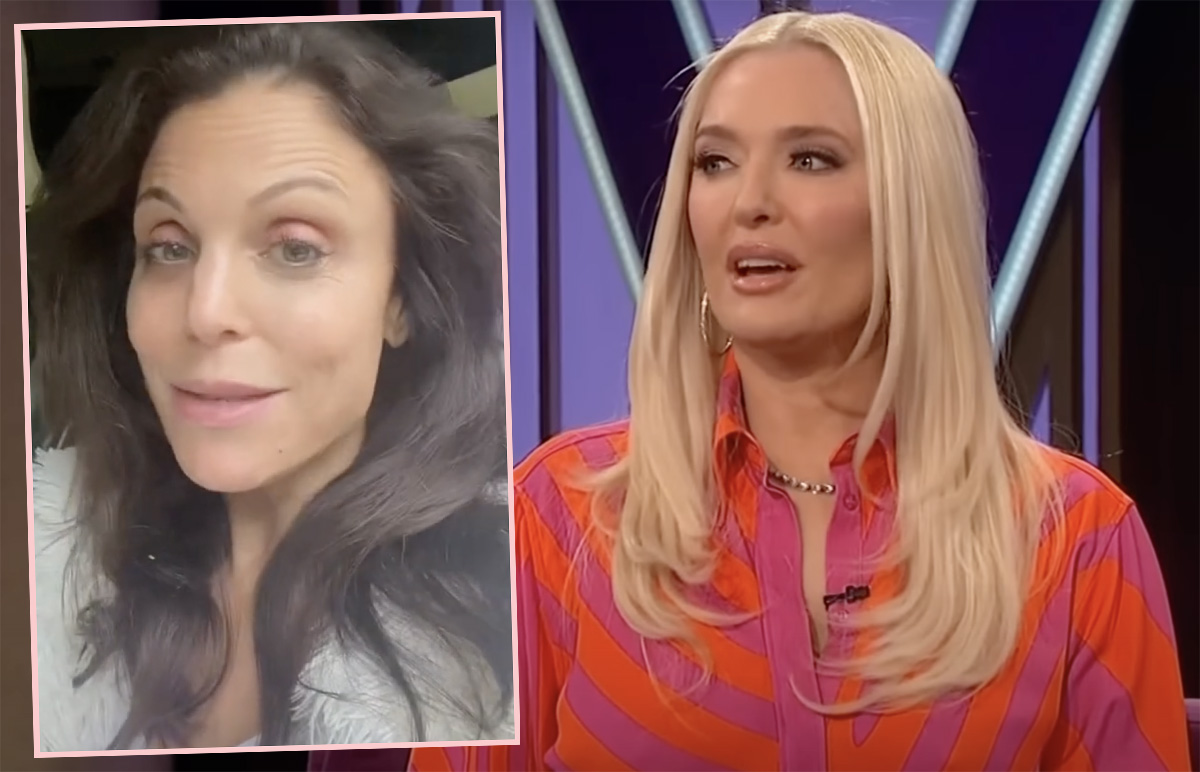 Bethenny Frankel is addressing THAT controversy!

Of course, as we’ve been reporting, Erika took a LOT of very-much deserved heat this week after commenting on Bethenny’s late boyfriend Dennis Shields in a chat with WWHL harvest Andy Cohen. As part of her initial commentary, Erika referenced Bethenny directly on the show by saying “her guy’s dead, and my guy is in a home, so whatever.” Oof…

And now, Frankel is fighting back!

On Friday afternoon, the Skinnygirl founder took to TikTok to deliver her response message. She started it off by saying:

“It was just very cavalier, and it was a little bit callous and cold, and many of you have been disgusted by it and wanted me to comment.”

Bethenny then got into it, adding:

“The truth of the matter is, I left the Housewives. By choice. I left twice, and this time it’s permanent. And I left for this reason, that I do not want to be in this atmosphere with this kind of toxicity that’s unnecessary. … I have chosen to not do that any more. So, while I recognize that it was a cold and callous comment, I do not have anything to do with Erika Jayne. And not in a rude way. We just literally do not have anything to do with each other, so I do not think that much of it. ”

And, optimistically, she concluded:

“This situation is literally why I left that genre of reality television. It’s just not where I wanted to be. … This is not something that’s important to me. I do not want it to be important to you. I want your family and your lives to be filled with much more positivity than this garbage. ”

Here is her full two-and-a-half-minute long video (below):

Business is Personal… in more ways than one. #businessispersonal get your copy now #watchwhathappenslive #bravo #bravotv #businesstiktok #businesswoman