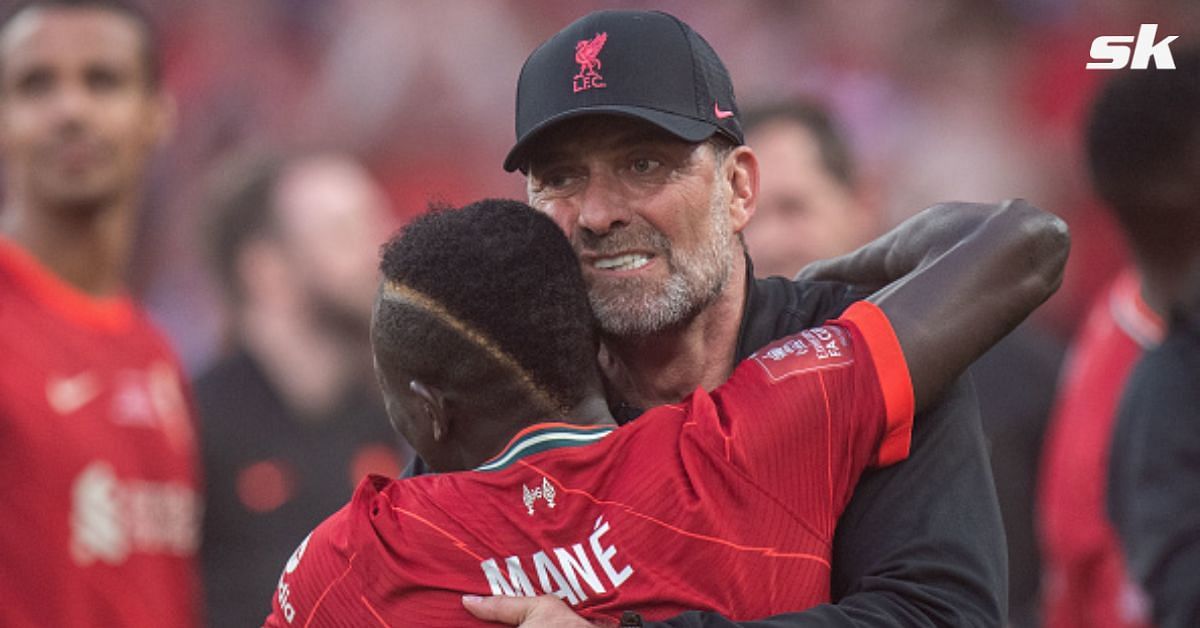 Liverpool manager Jurgen Klopp has opened up about Sadio Mane’s missed penalty in the FA Cup final win over Chelsea on Saturday, revealing how it was partly his fault.

🗣️ “I’m happy for him and happy for myself because on the day we won the trophy.”

🗣️ “I’m happy for him and happy for myself because on the day we won the trophy.” Sadio Mane on his missed penalty 🚫 #LFC https://t.co/gUqkGMMHKW

Chelsea goalkeeper Edouard Mendy guessed the right way to deny his compatriot, sending the shootout to sudden death. Klopp, who has now lifted his sixth title with Liverpool, revealed that it was his advice to Mane to shoot the way he did. Klopp said (via Daily Mail):

“Sadio’s penalty is 50 per cent my responsibility. I told him the goalie knows exactly what you normally do, so do it the other way round. How often in my life is it better to shut up! But we still made it after an incredible game. We work with a neuroscience company (neruo11) who said they could really train penalty shooting. This trophy is for them as well. “

As the Liverpool juggernaut marched on, Klopp had a slice of history to savor too. He became the first manager in the club’s history to win the Premier League, Champions League, FA Cup and Carabao Cup.

With the UEFA Super Cup and the FIFA Club World Cup also in the bag, the German has won every trophy possible at Merseyside – all in the last three years.

A Class above 🏆🏆🏆Jürgen Klopp becomes the first manager in Liverpool’s history to win the League title, a European title, the EFL Cup, and the FA Cup! BOSS! 💪 https://t.co/yoY6jTujj4

Klopp went through a difficult period early on in his tenure, going trophyless in his first three seasons. However, his patient approach to team-building is now reaping rich dividends. Klopp has transformed the Reds into world-beaters again and looks set to guide them to more success in the future.

The Reds’ unprecedented quadruple bid remains alive. They trail league leaders Manchester City by three points with two games left. The Reds take on Real Madrid in the UEFA Champions League final in Paris on May 28.