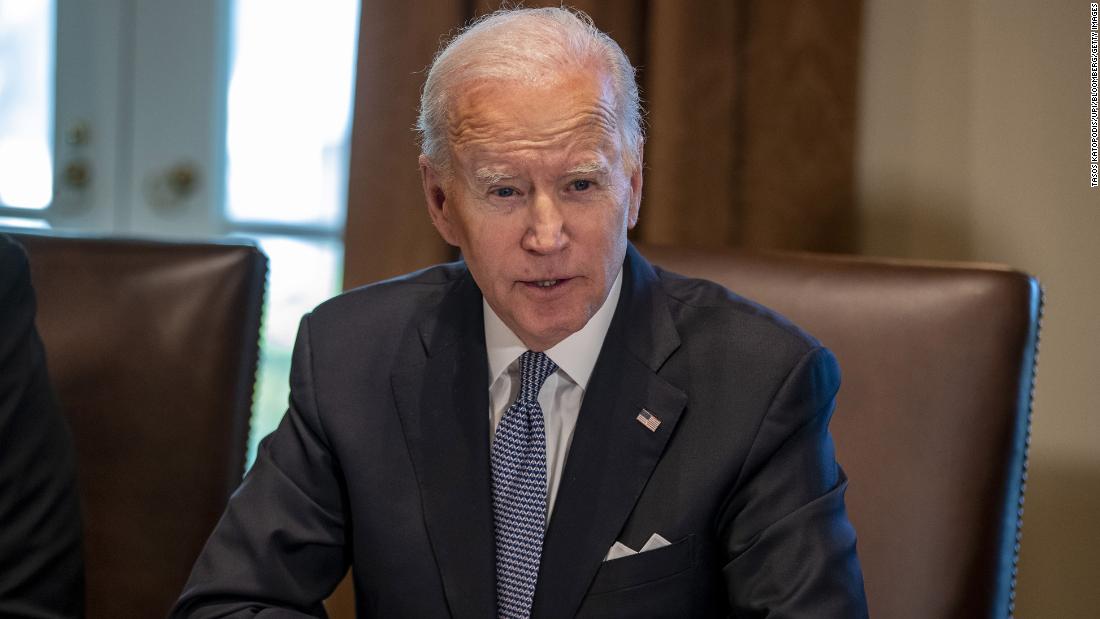 The move would come nearly one month after President Joe Biden pledged to admit up to 100,000 Ukrainians fleeing Russia’s invasion. More than 5,000 Ukrainians attempted to enter the US in March, including more than 3,200 at the southern border with Mexico, according to US Customs and Border Protection data.

The humanitarian parole program, which would fall under the umbrella of the Department of Homeland Security and could be announced as soon as Thursday, would require Ukrainians seeking entry to the US to be sponsored by a US citizen or individual, which would include resettlement organizations and nonprofit organizations, the source said. The Ukrainian applicants would need to undergo rigorous security vetting and checks, including biographic and biometric screening, and complete vaccinations and other public health requirements, including receiving the Covid-19 vaccine, to be eligible, the source said. Sponsors would need to pass security background checks of their own as well as declare financial support.

Through this process, Ukrainian applicants would be allowed to travel to the US and be considered for humanitarian parole on a case-by-case basis for up to two years, the source said. If accepted, the individuals would be eligible for work authorization.

The Biden administration could start taking applications for the program before the end of April, the source said.

In addition to the humanitarian parole program, the State Department is working to expand its Refugee Admissions Program operations in Europe, the source said, with the goal of providing eligible individuals with better access to the Lautenberg program, an initiative aimed at helping those fleeing religious persecution from the Soviet Union, as well as stepping up referral mechanisms for Ukrainians seeking permanent resettlement.

White House press secretary Jen Psaki told reporters Wednesday that the administration was working to finalize the details of how it would welcome up to 100,000 Ukrainian refugees to the US. A White House spokesperson declined to comment on the new details but said additional details about the administration’s efforts would be announced “soon.” DHS did not immediately respond to a request for comment.