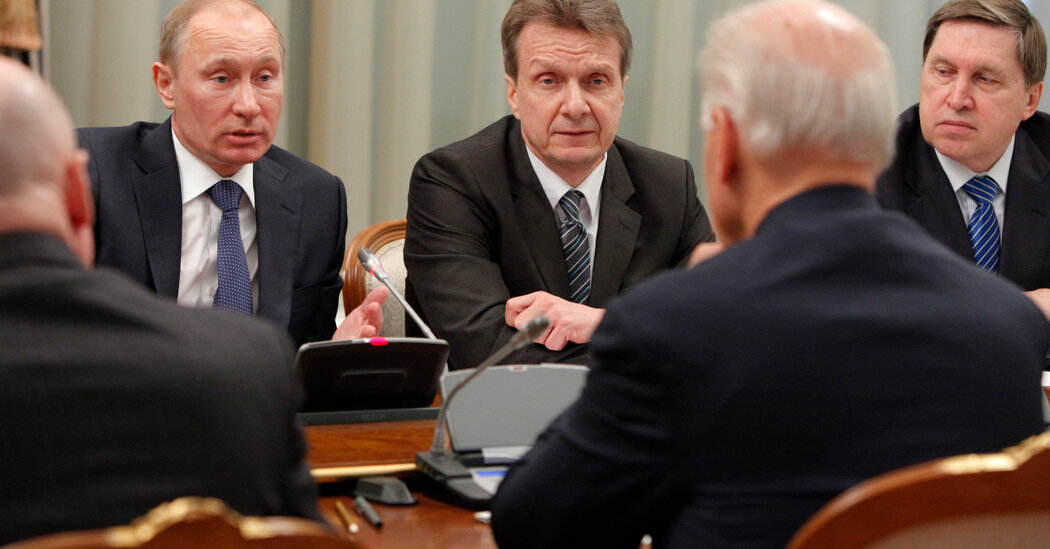 If Mr. Biden underestimated his counterpart, Mr. Putin may have done the same. Perhaps influenced by the chaotic American troop withdrawal from Afghanistan last summer, Mr. Putin knew that the United States had no appetite to commit forces to Ukraine and may have calculated that Mr. Biden would not otherwise strongly resist Russian aggression, according to American and Russian analysts.

But while some critics believe he should be even tougher, Mr. Biden was unrelenting in calling out Mr. Putin’s plans to invade Ukraine in recent weeks and has rallied European allies into a more or less common front.

“Like Kennedy and Khrushchev, they’re such polar opposites in many ways but they also share an understanding of the Cold War,” said Nina Khrushcheva, the great-granddaughter of the Soviet leader, who now teaches at the New School in New York . “And I think they do understand each other.”

Still, she added that they both may have miscalculated in thinking that their familiarity would lead to concessions when neither was actually in a position to deliver what the other really wanted. Mr. Biden wanted Mr. Putin to basically stay in his box and Mr. Putin wanted to expand the size of his box.

They are both children of the Cold War, raised, educated and married in an era when the specter of a planet-ending conflict between the United States and the Soviet Union hovered over everything. Yet they emerged from that twilight struggle with radically different views of how it ended, one celebrating it as a victory for freedom and democracy, the other mourning it as a disaster for his nation and people.

They both come from modest upbringings and are products of their disparate systems, but they rose to power along distinct paths. Mr. Biden, 79, is a backslapping politician who relies on the force of his upbeat personality to drive diplomacy while Mr. Putin, 69, is a dour former intelligence agent who nurses resentments and conspiracy theories.

Mr. Putin never talks about his family, while Mr. Biden can hardly stop talking about his. Mr. Putin spent no time in elective politics before being plucked out of obscurity to succeed Boris N. Yeltsin, while Mr. Biden spent a lifetime running for office. They each have a penchant for macho exhibitionism, Mr. Putin posing for pictures shirtless or with tigers and Mr. Biden showing off his muscle cars and boasting that he would like to beat up Mr. Trump.