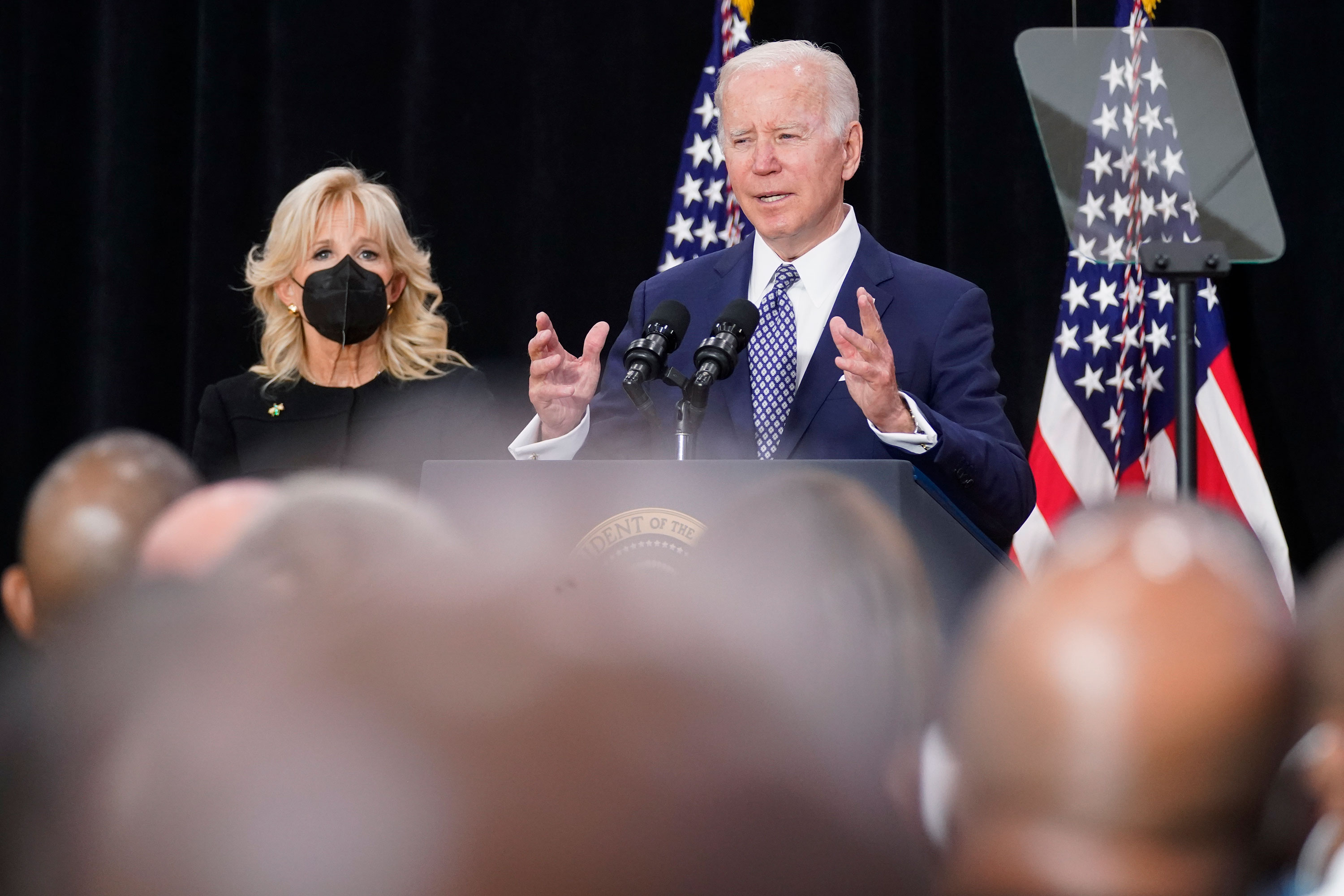 “We found some things that show that he was here in early March, and then again, we know he was here on Friday, basically doing reconnaissance on the area,” Gramaglia told CNN’s Erin Burnett. “He was in the store, both on Friday and Saturday.”

The suspect, who is from the town of Conklin, about 200 miles away, opened fire Saturday at the Tops Friendly Markets store in a predominantly Black neighborhood, shooting 13 people before surrendering to police.

The massacre follows other mass shootings in recent years in which authorities say a White supremacist suspect was motivated by racial hatred, including in El Paso, Texas, Charleston, South Carolina, and as far as Norway and New Zealand.

The commissioner said he could not comment on whether the suspect was at the store in March but in social media posts, the accused shooter revealed he had been to the store March 8 and spent months planning his attack.

The suspect, Payton S. Gendron, wrote in posts on Discord that were shared on the hate-filled online forum 4Chan that he went into the store at noon, 2 pm and 4 pm during his March visit. He wrote that on his way from his home in Broome County he got a speeding ticket.

Gendron noted in his post the activity taking place inside the market, like how many Black and White people were there. He also drew a map depicting the store aisles, pharmacy, bakery and exit points of the building.

“I asked for his name and he told me and I instantly forgot, then I said bye and thanks and walked back to my car,” Gendron wrote. “In hindsight that was a close call.”

In a post Gendron wrote March 10, he said “I’m going to have to kill that security guard at Tops I hope he does not kill me or even hurt me instantly.”

He added that the attack would take place March 15 but he ended up postponing the date several times.

Gendron also considered attacking a church or an elementary school before settling on a supermarket, he wrote.

The information comes as investigators have dug into a 180-page diatribe posted online and attributed to the suspected gunman that lays out in detail his motives and plans for the attack.